How does the Princess of Wales feel about the King banning foie gras from palace menus?

Kate’s taste for the delicacy, created by force-feeding geese, was unwittingly revealed when she chose it for lunch at Koffmann’s restaurant in Knightsbridge a few weeks before she wed William. 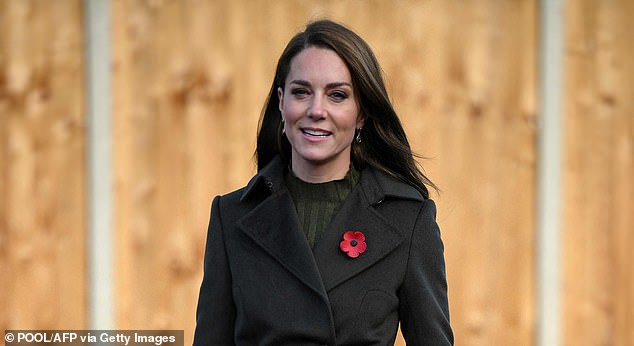 Charles has been campaigning against foie gras since he ordered his chefs to stop buying it in 2008.

Kate had been lunching with Camilla, who wisely maintained marital harmony by opting for rabbit.

Restaurateur Richard Caring describes as ‘masterpieces’ the four unicorns created by Damien Hirst for his new Greek restaurant Bacchanalia. ‘I made angels in love embracing on unicorns because I wanted the unicorns to seem as though they had wings,’ the artist said. ‘But actually there are winged angels riding their backs.’ So why has Hirst airbrushed all genitalia from the four giant unicorns? Does Richard fear that well-endowed beasts might put diners off their kleftiko in his £30million Mount Street trough?

Former England player Joe Cole was upset during the 2010 World Cup when Italian-born manager Fabio Capello and his support staff cheered on their native team in front of the England squad. ‘What done me at the World Cup was when they were all watching Italy, like hollering and hooting when they scored,’ he says. ‘I just think that the foresight of that wasn’t great. It bothered me as an Englishman.’ 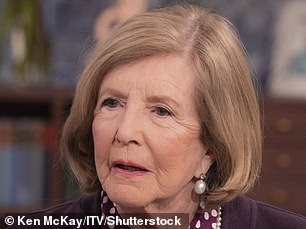 Unimpressed by The Crown, Princess Margaret’s former lady-in-waiting Lady Glenconner, pictured, complains: ‘I know, from being in The Crown, that what was in it absolutely wasn’t true. I’m sitting with Princess Margaret by a swimming pool, pimping for her, saying: ‘Do you like that young man over there? With the cute bottom?’ Certainly that didn’t happen!’

The Thick Of It creator Armando Iannucci speculates that Liz Truss started practising being PM aged six ‘in her bedroom, in her mirror with a hairbrush. But instead of singing along to the radio, she was doing Margaret Thatcher speeches.’ Confirming he won’t be reviving the political satire, he told Radio Times its power died when MPs co-opted its phrase ‘omnishambles’ in Parliament, adding: ‘Show me something in The Thick Of It that definitely would not have happened in politics back then.’

Discussing difficult relations with mother Muriel, who died aged 101 in 2000, John Cleese recalls telling her he wouldn’t miss her when she died, adding: ‘I said, ‘When you die I’m going to take you to a taxidermist and have you stuffed. I’m going to put you in a glass case by the door and every time I go out I’ll say, hello Mummy!’ Cleese says: ‘She was pleased, she boasted about it in the retirement home.’

Historian Sir Simon Schama turned down Strictly, knowing he’d make a ‘total jackass’ of himself. ‘My dancing style is a frightening thing,’ he tells Radio Times. ‘A cross between David Brent in The Office and an amateur version of Saturday Night Fever.’ Surely more balletic than clod-hopping dray horse John Sergeant?