An exit poll projected Poland’s ruling Law and Justice (PiS) party would win Sunday’s parliamentary election with 43.6 percent of the vote. The party leader told party members: “We have victory, despite a powerful front, we managed to win.” Opposition Civic Coalition, which is made up of the Civic Platform (PO) party previously led by European Council President Donald Tusk and some smaller liberal parties, came second with 27.4 percent, according to the Ipsos poll.

An overall majority in the lower house of parliament would give the ruling party a strong mandate to continue its controversial reforms of the judicial system, media, cultural institutions, banking and the energy sector.

The party’s overhaul of the judicial system in Poland has given the party power over the country’s prosecution system and courts.

But the EU has repeatedly warned that the rule of law is threatened and has sanctioned the country, which stalled some of the changes, but not all.

Law and Justice have pledged to continue its social spending programmes if it wins the election, as well as increasing minimum wage by 78 percent over four years. 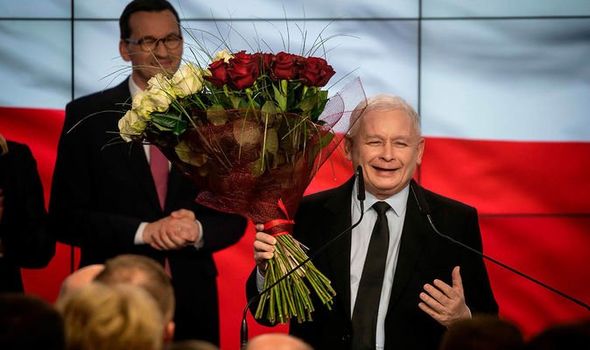 The party also wants to continue with its judicial overhaul, which sparked concern with journalist Agata Gostynska-Jakubowska from the Centre for European Reform.

She said that this could lead to further clashes between Warsaw and Brussels.

But she added she did not expect a big clash before Poland holds presidential elections next spring.

She said: “I think there could be clashes here and there . . . but I don’t think that Law and Justice will want to have a fundamental row with the EU, at least in the first year in power, as immediately after the parliamentary elections, they will start gearing up for presidential elections, where they will want to appeal to moderate voters.” 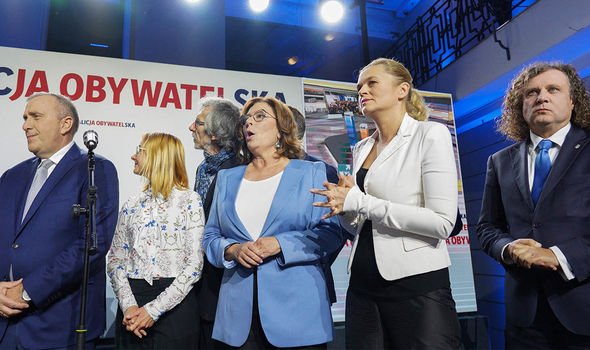 The Electoral Committee will start publishing partial results on Monday, with the final election results expected on Tuesday.

But PiS is expected to win more votes than it did in 2015 and may get enough parliamentary seats to continue to rule on its own.

Opposition parties and Poland’s EU partners say the outgoing government has undermined the independence of the judiciary and the media and made Poland less welcoming for minorities.

This has divided the country over the last four years. 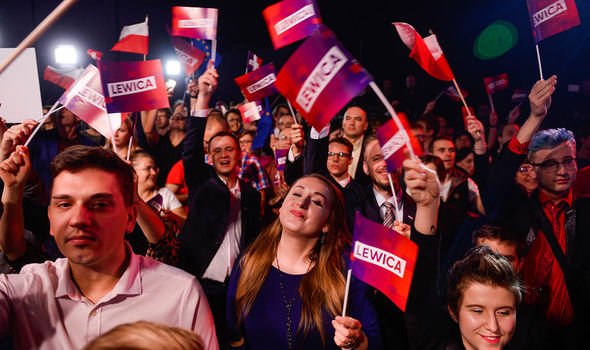 Krzysztof Michalec, 56, said as he waited to see PiS leader Mr Kaczynski cast his vote in Warsaw: ”There is a great polarization of attitudes now.

“Now when I talk with my mother I practice the art of avoidance, I don’t get into any ideological discussions with her.”

Prime Minister of Poland tweeted: “Poles have decided today that they want to continue a good change and then a good time for Poland.

“In anticipation of the final results, we thank you for the huge mandate of trust that the voters have placed in us. Credibility is our trademark. We will not let you down!”

Former Polish prime minister Mr Tusk voted in the election in his northern hometown of Sopot. 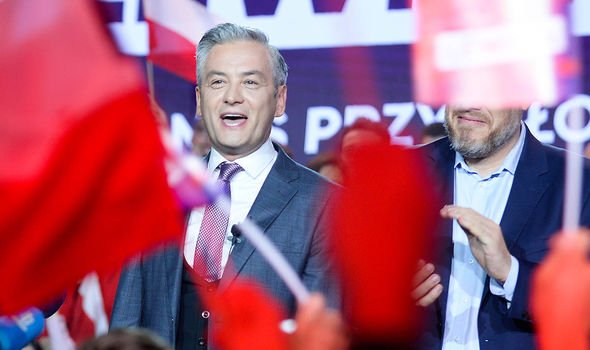 He said: “It’s important that the winner does not try to destroy its opponents, but understood that after a win all political forces need to live side by side.”

Other voters in Warsaw said the Law and Justice Party had made improvements to their lives over the last few years.

Bogdan Rosochacki said after voting with his wife in the north of the city: “If things were good for you in the last four years, then you vote for those who were in power . . . It’s simple.

“For me, this team is better. The fundamental thing for me is that they did what they said they would.”