EU and UK political leaders have stoked fires in the ongoing vaccine battle between the two sides in the past week. The European Commission President Ursula von der Leyen threatened to block exports of the coronavirus vaccine, prompting UK politicians to threaten retaliatory action. But could the vaccination programme in the UK come to a complete standstill?

The British Defense Secretary told European leaders to act like “grown-ups” amid the ongoing row.

His comments came after President von der Leyen said: “We have the possibility to forbid planned exports.

“That is the message to AstraZeneca, ‘You fulfil your contract with Europe before you start delivering to other countries.’”

She added EU leaders would discuss the matter when they meet for the EU summit on Thursday. 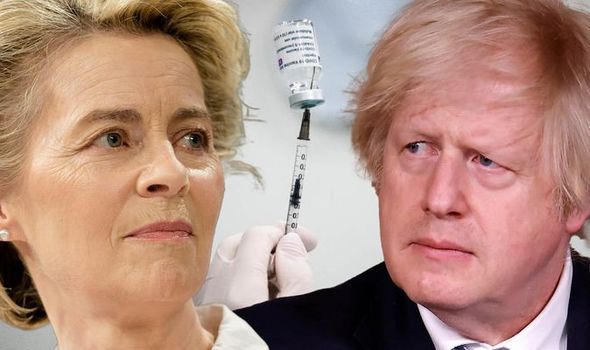 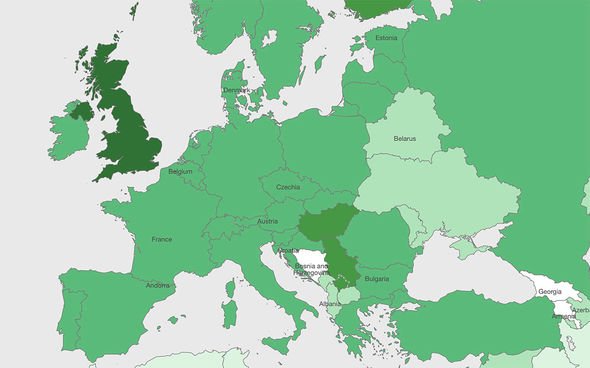 He said: “We need a principle of reciprocity: supply others if they supply us in accordance with signed contracts.”

European Commissioner for financial services Mairead McGuinness also supported her strong stance saying “everything is on the table” regarding the blockade.

She told the Andrew Marr Show: “European citizens are growing angry and upset at the fact that the vaccine rollout has not happened as rapidly as we had anticipated.

“We are supplying the UK with other vaccines, so I think this is just about openness and transparency.” 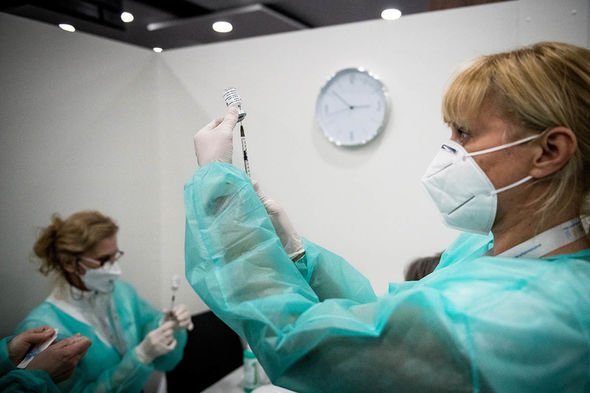 Pharmaceutical firm Pfizer also cautioned the European Union against firm action because the company “heavily” relies upon exports from the UK.

Pfizer said it needs crucial ingredients from Yorkshire, with a senior source close to the vaccine-production process telling The Telegraph Pfizer is “heavily dependent” on “fatty molecules” from a chemicals firm based in Yorkshire. 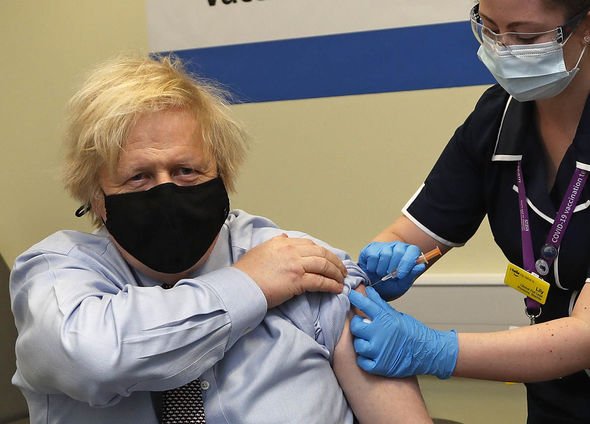 He told The Andrew Marr Show: “The grown-up thing would be for the European Commission and some of the European leaders to not indulge in rhetoric but to recognise the obligations that we all have.

“We will all hold each other to our contracts. Making a vaccine is like baking a cake.

“We all have different ingredients and the European Commission will know that.” 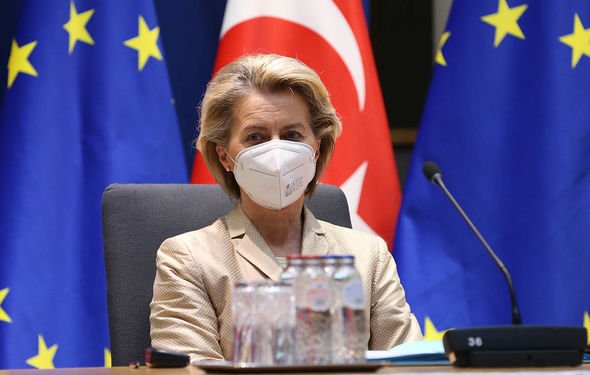 Mr Wallace also said any attempts to block vaccine exports would be “counterproductive”.

The Defence Secretary added: “I think the Commission knows deep down that the world is watching what happens.

“And also it is counterproductive because the one thing we know about vaccine production and manufacture is that it is collaborative.”

No action has yet been taken by the EU, but it will be up for discussion at the EU meeting on Thursday, March 25.

If the European Union takes action it will likely prompt Britain to take retaliatory action.

Any cross-border jab war is likely to be detrimental to both sides as supply chains are so interdependent.

The extent of escalating tensions and their impact on the supply chain will determine if vaccines are able to continue or must stop.

However, given the strong focus on vaccination and its importance for the reopening of society, politicians will likely attempt to make a deal before it reaches that point.