From ‘C’ to ‘M’: Former MI6 boss Sir Alex Younger gifts his PERSONAL green ink pen to set of ‘No Time to Die’ during top secret visit to upcoming Bond film – but declines his own cameo

Ex-MI6 chief Sir Alex Younger gifted his personal green ink pen to the set of No Time to Die during a top secret visit to the upcoming Bond film, it has been revealed.

The 58-year-old made an appearance at the Pinewood Studios in Buckinghamshire before leaving the Secret Intelligence Service (SIS) – also known as the MI6 – in September last year.

He is said to have highly anticipated seeing the office of his fictional counterpart ‘M’, who is being portrayed by actor Ralph Fiennes following Dame Judi Dench’s departure after her character’s death in 2012’s Skyfall.

Sir Alex is understood to have contributed his own pen containing green ink, which spy chiefs traditionally use to sign their letters, to add some authenticity to the movie, reports The Telegraph.

After his act of generosity, the former spy is thought to have considered making a cameo appearance in the film but eventually declined the offer.

In that time he oversaw the response to the Salisbury poisoning of ex-Russian spy Sergei Skripal and his daughter Yulia.

His tour of the backdrops used in No Time to Die has come to light ahead of the film finally being released across the UK on Thursday.

Bond star Daniel Craig has said he hopes it will provide a shot in the arm for cinemas following long closures due to the pandemic.

The movie will have a world premiere at the Royal Albert Hall in London today with Sir Alex, the Prince of Wales, the Duchess of Cornwall and the Duke and Duchess of Cambridge in attendance. 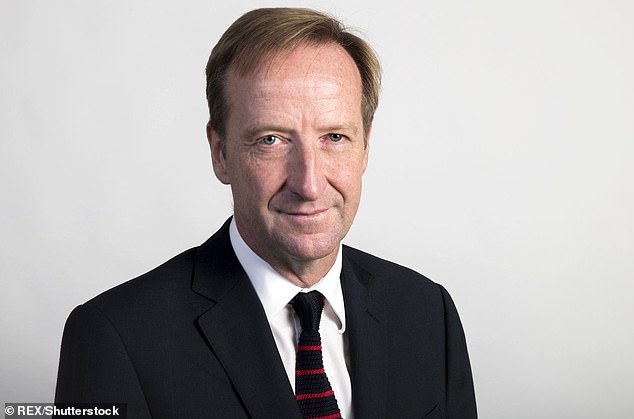 Sir Alex Younger (pictured), 58, is understood to have contributed his own pen containing green ink, which spy chiefs traditionally use to sign their letters, to the movie’s set 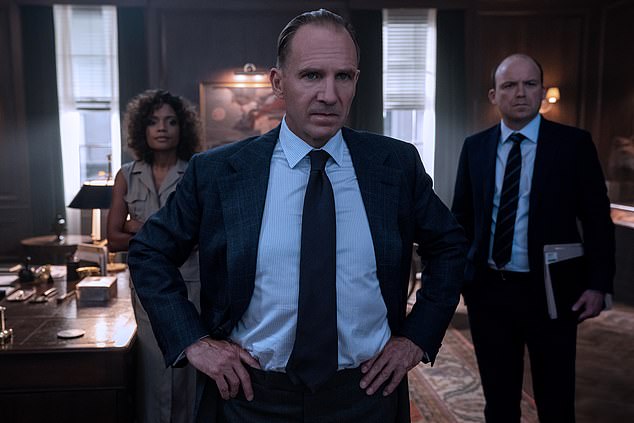 He is said to have highly anticipated seeing the office of his fictional counterpart ‘M’, who is being portrayed by actor Ralph Fiennes (pictured above) following Dame Judi Dench’s departure after her character’s death in 2012’s Skyfall

Sir Alex spoke with members of the cast including Daniel Craig and Fiennes during his visit. Everyone on set was requested to keep his presence a secret.

Although he is appearing at tonight’s premiere, the ex-MI6 chief has previously expressed his doubts over Bond as a character and the film’s portrayal of Britain’s foreign intelligence service.

He said in 2016: ‘I’m conflicted about Bond. He has created a powerful brand for MI6: as C, the real-life version of M, there are few people who will not come to lunch if I invite them.

‘Many of our counterparts envy the sheer global recognition of our acronym.’

But he added: ‘The real-life ‘Q’ would want me to say that we too enjoy – and, indeed, need – a deep grasp of gadgetry. But that’s pretty much where the similarity ends.

‘And, were Bond to apply to join MI6 now, he would have to change his ways.’

It was recently disclosed that Sir Alex had joined Goldman Sachs as a regional adviser, providing strategic advice to the banking giant using his expertise.

He will assist the firm in geopolitics, international risk and cyber security. 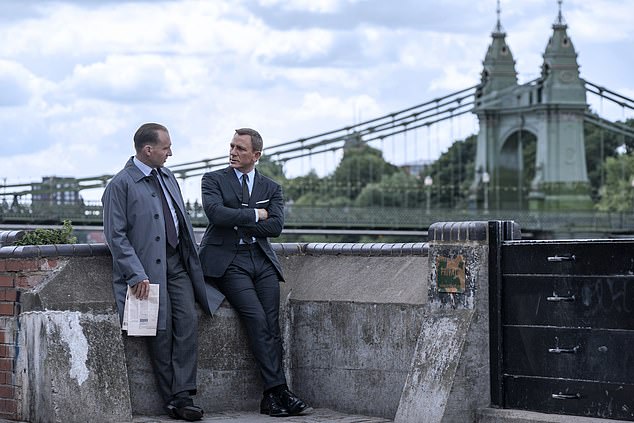 The new James Bond film starring Daniel Craig, 53, and Fiennes (pictured above). The movie, which will be Craig’s final outing as 007, was initially due for release in April 2020 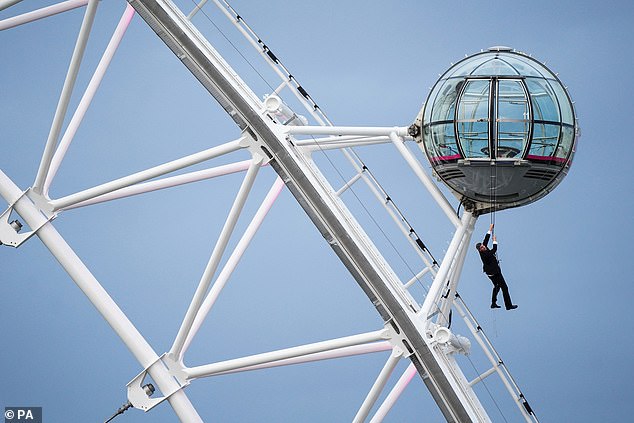 A man dressed as Britain’s most famous secret service agent, James Bond, hangs from a pod on the London Eye, ahead of today’s world premiere

Why do MI6 chiefs use green ink? 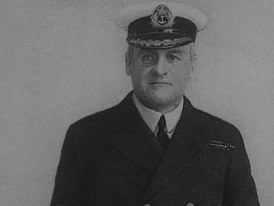 The tradition of using green ink to write and sign letters originated from the MI6’s founder, Sir George Mansfield Smith-Cumming.

His practice is continued by the current chief up to this very day.

While ‘C’ signified his surname, the title has since been used to denote ‘Chief’ ever since.

‘He called intelligence reports ‘CX reports’ – the name still employed by the Service.

‘He established SIS as a truly worldwide service.’

In August, a spokesman for the bank told MailOnline that those given the role ‘provide strategic advice to Goldman Sachs’.

They added: ‘Drawing on their experience, they provide independent advice on matters pertaining to their respective country, industry or area of expertise.’

Sir Alex had submitted a business appointment application to the Advisory Committee on Business Appointments over taking the job.

The decision was released by the group, allowing him to take the post but with some caveats to prevent any sensitive information unfairly benefiting the US firm.

Sir Alex is restricted from lobbying, with the Business Appointment Rules saying he should not contact government to try to influence policy to help Goldman Sachs.

The former spy is also still bound by the Official Secrets Act.

In his application, he said his new role would not involve working with the government.

He added he had not been a part of any relevant policy development or decisions that would have affected Goldman Sachs and did not meet with its competitors.

Sir Alex was the longest serving ‘C’ – the initial used within Whitehall to denote the head of MI6 – for a generation.

It is unusual for someone in the role to stay on for more than five years, with Sir John Sawers, Sir John Scarlett and Sir Richard Dearlove all leaving within that period.

But Sir Alex was asked to continue in his job – rather than retire as planned in November 2019 – because No 10 wanted to maintain stability amid Brexit turmoil.

Ex-PM Theresa May said he would continue in his position on the recommendation of her National Security Advisor and the then Cabinet Secretary Sir Mark Sedwill. 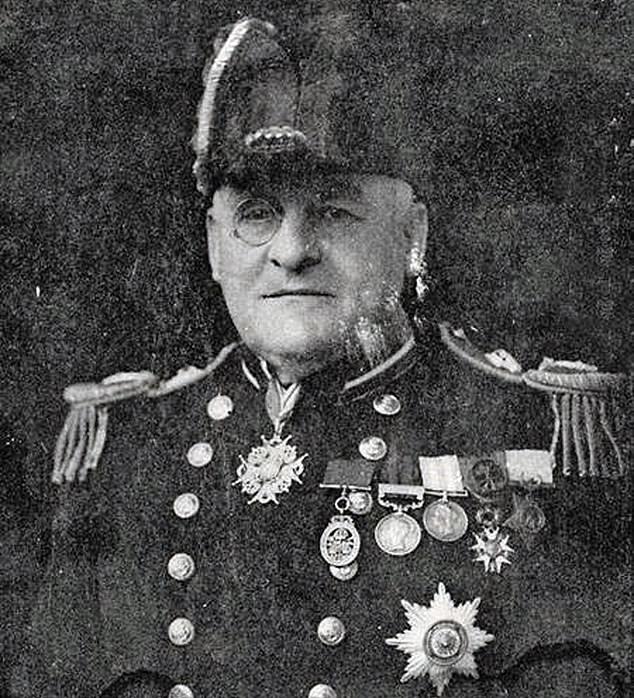 The tradition of using green ink to write and sign letters originated from the MI6’s founder, Sir George Mansfield Smith-Cumming (pictured above)

But it did not mean Sir Alex was the longest serving in history due to Sir Dick White, who was head of MI6 for 12 years between 1956-1968 at the height of the Cold War.

Meanwhile, cinemas will be hoping it is the allure of Bond that will draw back hesitant crowds who are yet to venture back inside to sit in front of a screen.

The latest Bond movie, which will be Craig’s final outing as 007, was initially due for release in April 2020.

As concerns about the coronavirus pandemic grew, the release was pushed to November 2020 and has been moved several times since then, in continued blows for the cinema business. 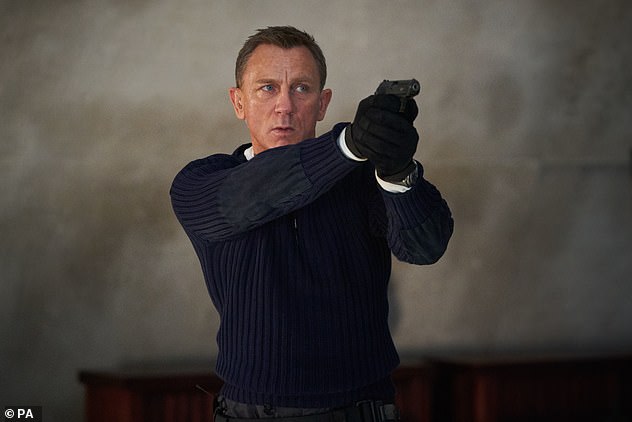 No Time To Die, with Craig (pictured) as Bond for the last time, is set to be the biggest opening for the cinema giant Odeon since The Lion King in summer 2019 When it was announced the film was being pushed back to April 2021, Cineworld announced it would close 127 Cineworld and Picturehouse sites.

Multiplexes have started to see the return of crowds for franchise favourites such as Fast & Furious 9 and Marvel properties Black Widow and Shang-Chi And The Legend Of The Ten Rings, which posted the biggest three-day opening in the pandemic era in the UK with £5.8million.

However, cinemas will be hoping it is the allure of Bond that will draw back hesitant crowds who are yet to venture back inside to sit in front of a screen.

‘I believe in cinema, it’s the job I do and having this film come out right now and try and hopefully to give the industry some sort of boost.

‘Cinema is here to stay as far as I’m concerned and if we can help in some way, I’ll be very happy.’