Married ex-police officer, 34, who started a sexual relationship with a vulnerable domestic abuse victim weeps as he is jailed for nine months 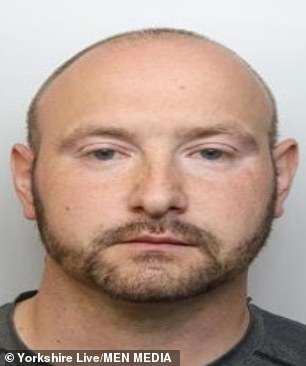 Former South Yorkshire Police officer Liam Mills, 34, has been jailed for nine months after sending explicit content to a domestic abuse victim and having an inappropriate sexual relationship with her

A former South Yorkshire Police officer cried in the dock as he was jailed for starting a relationship with a domestic abuse victim and sending her explicit content.

Liam Mills, 34, had an inappropriate sexual relationship with a woman after she went to Barnsley police station to report domestic abuse offences.

The vulnerable woman accused her former partner of coercive and controlling behaviour, revealed she struggled with low self-esteem and that she had been hospitalised for an overdose less than two weeks prior.

Soon after Mills, a married man, starting texting her and went on to have sex with her on at least two occasions when he was on duty, the Star reports.

The father also used his work mobile phone to send confidential material including a video of a murder scene and body-cam footage.

On Friday, September 30, Mills wept as a judge told him he has brought ‘great shame’ and sentenced him to nine months in prison at Sheffield Crown Court.

He previously pleaded guilty to two counts of misconduct in a public office and a data protection offence.

Mills was arrested in September 2021, after concerned colleagues made an internal report to the force’s Counter Corruption Unit. His mobile phones were seized during a search of his home.

Analysis of the devices revealed he had also sent messages to a young woman he had met when he attended a report of concern for her safety when she was suffering a mental health crisis. He resigned as a police officer following the investigation. 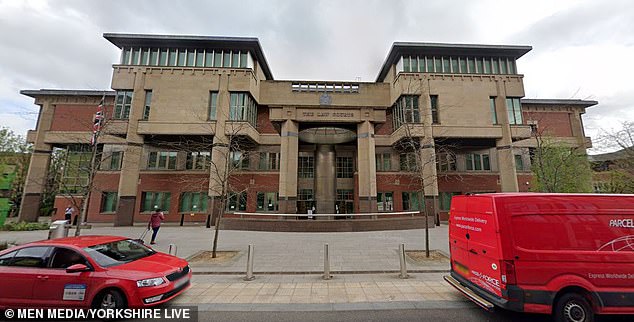 On Friday, September 30, Mills wept as he was sentenced to nine months in prison at Sheffield Crown Court (pictured)

An accelerated misconduct hearing went ahead in his absence and it was found that he would have been dismissed if he had not resigned.

He has been placed on the barred list which means he will never work in policing again.

Deputy Chief Constable Tim Forber said: ‘This is an utterly appalling case of a police officer exploiting vulnerable victims of crime who were in need of our help and support. I am satisfied Mills is now in jail where he rightly belongs.

‘Mills’ misconduct was unforgivable and I assure you that within the force, colleagues are as sickened by his behaviour as members of the public will be. Mills’ offending came to light through an internal report to our Counter Corruption Unit.

‘The overwhelming majority of our officers and staff proudly reflect our true values and are unafraid to do the right thing and report any matter which falls below our high standards. I hope this case demonstrates that South Yorkshire Police will deal robustly with any employee who abuses their position.

‘There is no place in our force for those people.’

Judge Jeremy Richardson KC said: ‘You are the architect of this catastrophe, only you are to blame.’

‘I have no doubt that not only has great shame has been brought upon you because of your conduct, but you have also brought great shame upon your family, including your children.’