His dramatic move – triggered by his growing ‘disillusionment’ with the ‘direction’ of Tory policy – has sparked yet another crisis within a beleaguered Downing Street.

Lord Frost, who negotiated Britain’s departure from the EU as Brexit Minister, is understood to have handed his resignation to the Prime Minister a week ago, but was persuaded by Mr Johnson to stay in his post until January. 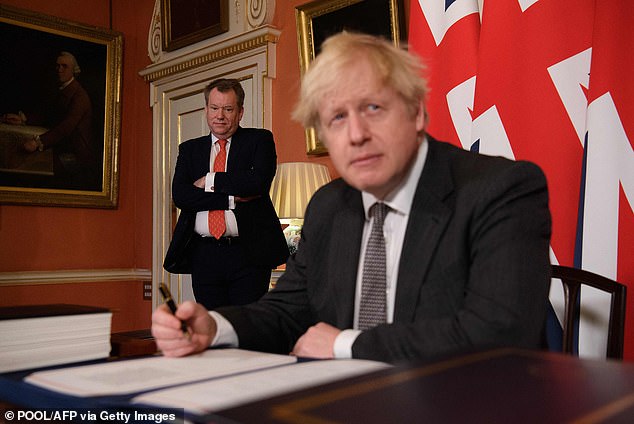 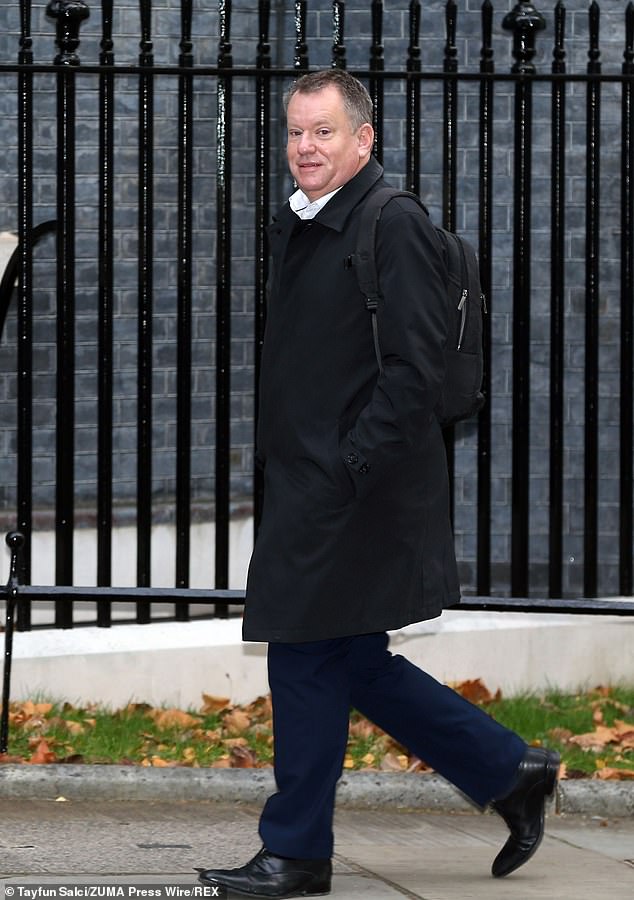 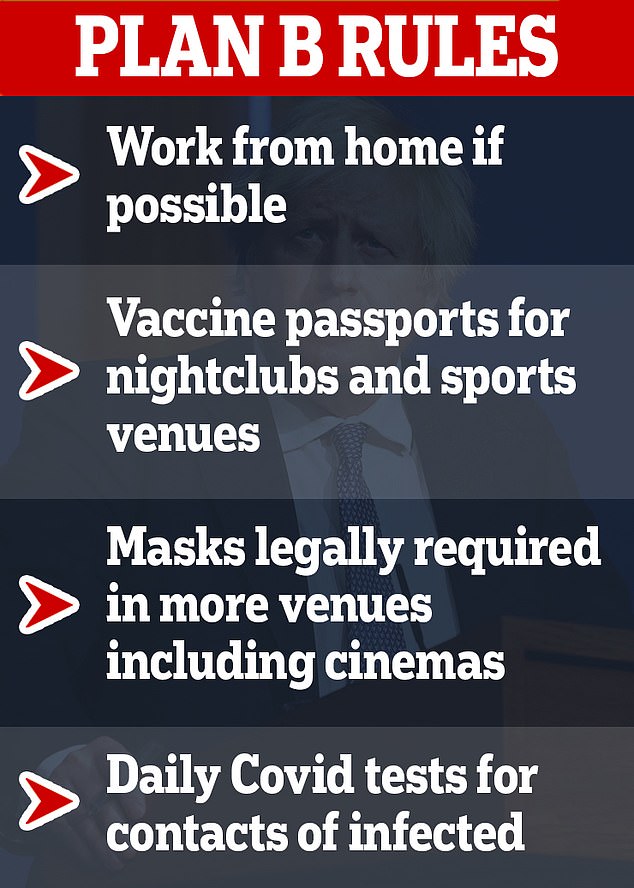 A senior Government source said Lord Frost’s departure had been prompted by the introduction of ‘Plan B’ Covid measures, including vaccine passports

A senior Government source said Lord Frost’s departure had been prompted by the introduction of ‘Plan B’ Covid measures, including vaccine passports.

But that was just the final straw after months of growing discontent over tax rises and the staggering cost of ‘net zero’ environmental policies.

The revelation is the latest blow for the embattled Mr Johnson, following a Commons rebellion of 100 Tory MPs over the ‘Plan B’ measures and the loss of a 23,000 majority in the North Shropshire by-election amid the ‘partygate’ row over celebrations inside No 10.

Conservative MPs are increasingly talking about a challenge to the Prime Minister’s leadership within the next six months, with Chancellor Rishi Sunak and Foreign Secretary Liz Truss leading the field of contenders. 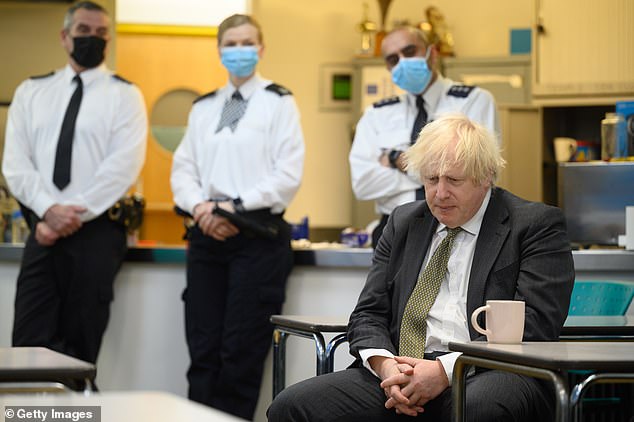 Prime Minster Boris Johnson speaks with members of the Metropolitan Police in their break room, as he makes a constituency visit to Uxbridge police station on December 17, 2021