Exclusive Wentworth golf club’s 4,000 members are warned to ‘be vigilant’ after hackers steal their personal details in massive cyber attack

One of the country’s most exclusive golf clubs has been hit by a cyberattack which seized the personal details of its 4,000 members.

Shocked patrons of Wentworth Golf Club in Surrey were given the bad news in an email from the club’s general manager Neil Coulson yesterday.

The apologetic note claimed that the attack was considered ‘low risk’ but warned members ‘to remain vigilant to any unusual or unexpected approaches by phone, email or through social media’.

Eagle eyed members suspected there was a problem back on January 4th when some spotted a garish red attachment at the foot of the ‘Wentworth at Home’ briefing email that is sent out daily. 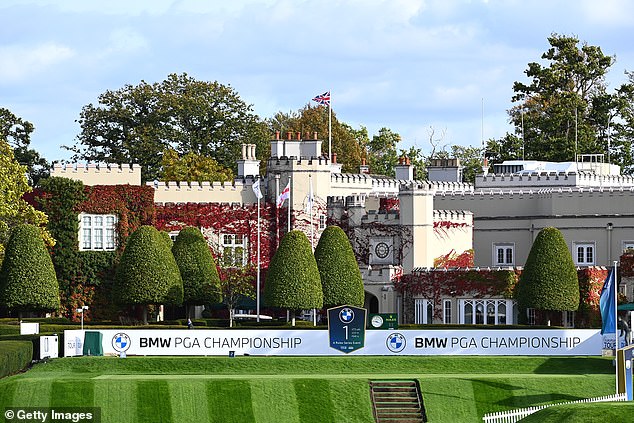 Headlined, ‘Your files are encypted’, it went on to talk about using your ‘Bitcoin address’ to enter this site.

‘Normally these emails are telling us about the state of the bunkers and more recently how they are thinking of us at these difficult times, so this was a surprise,’ said one member.

Later that day the club sent out another email saying they were aware of ‘unexpected graphics’ appearing and that they were looking into the matter.

Over a week later, a further bombshell email detailed what had happened.

It read: ‘Jonas Systems, the provider of Clubhouse Online, have now confirmed to us that our ClubHouse Online was accessed by an unauthorised third party on 4th January and an export file was downloaded. Confirmation of this file download was provided by Jonas on the 11th January.

‘The export file in question contains your personal details including your name, gender, home address, email address, landline number, and date of birth. 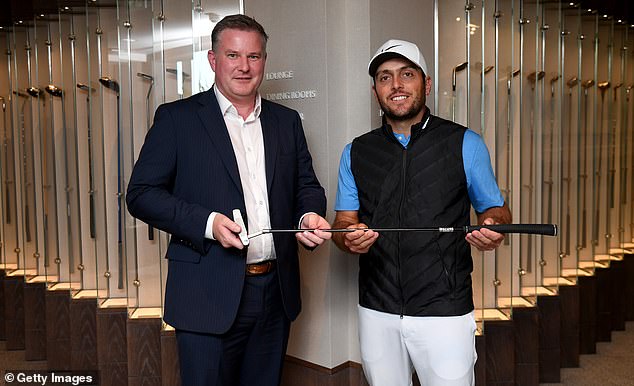 The apologetic note claimed that the attack was considered ‘low risk’. Pictured, Francencesco Molinari presents a putter to Neil Coulson the General Manager at Wentworth Club

‘I fully appreciate this will be concerning for you but we have taken third party specialist advice and have been assured there is not enough personal information in the file to enable improper access to your private account and therefore it is considered a low risk.’

Wentworth is an iconic name in the golfing world. The club serves as headquarters to the European PGA tour and hosts the annual PGA Championships.

And it has long been a favourite haunt for celebrity golfers, including the late Bruce Forsyth, Sir Michael Parkinson and Ant and Dec.

This latest embarrassment comes after years of friction between the club’s members and its owners, a Chinese investment company that bought the estate for £135 million in 2014.

Plans from the Beijing-based Reignwood Investments included asking members to pay a £100,000 debenture and making the club even more exclusive by reducing membership from 4,000 to 900. 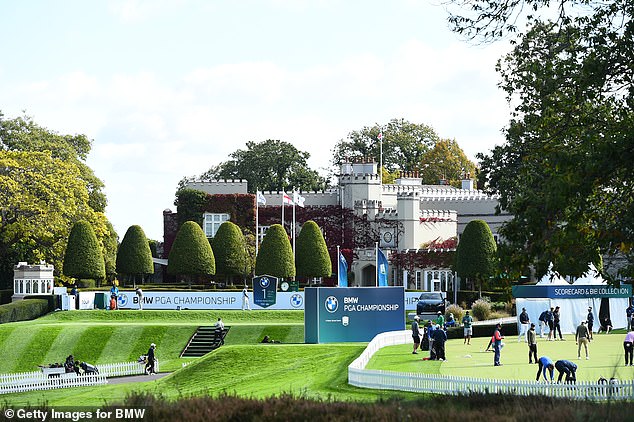 Wentworth is an iconic name in the golfing world. The club serves as headquarters to the European PGA tour and hosts the annual PGA Championships

And its former Chief Executive Stephen Gibson sued the club for unfair dismissal and racial discrimination after finding himself replaced by the 29-year-old daughter of owner Chanchai Ruayrungruang.

One member told Mailonline: ‘This hack is very worrying. I don’t know what the implications are or why they have waited so long to tell us.

‘I emailed them a week ago asking if they had been hacked and they didn’t answer or acknowledge.’