WASHINGTON (Reuters) – President Donald Trump has enlisted parts of the U.S. government and key allies in the pursuit of unproven or disproven conspiracy theories, some incubated in the dark and anonymous corners of the internet. 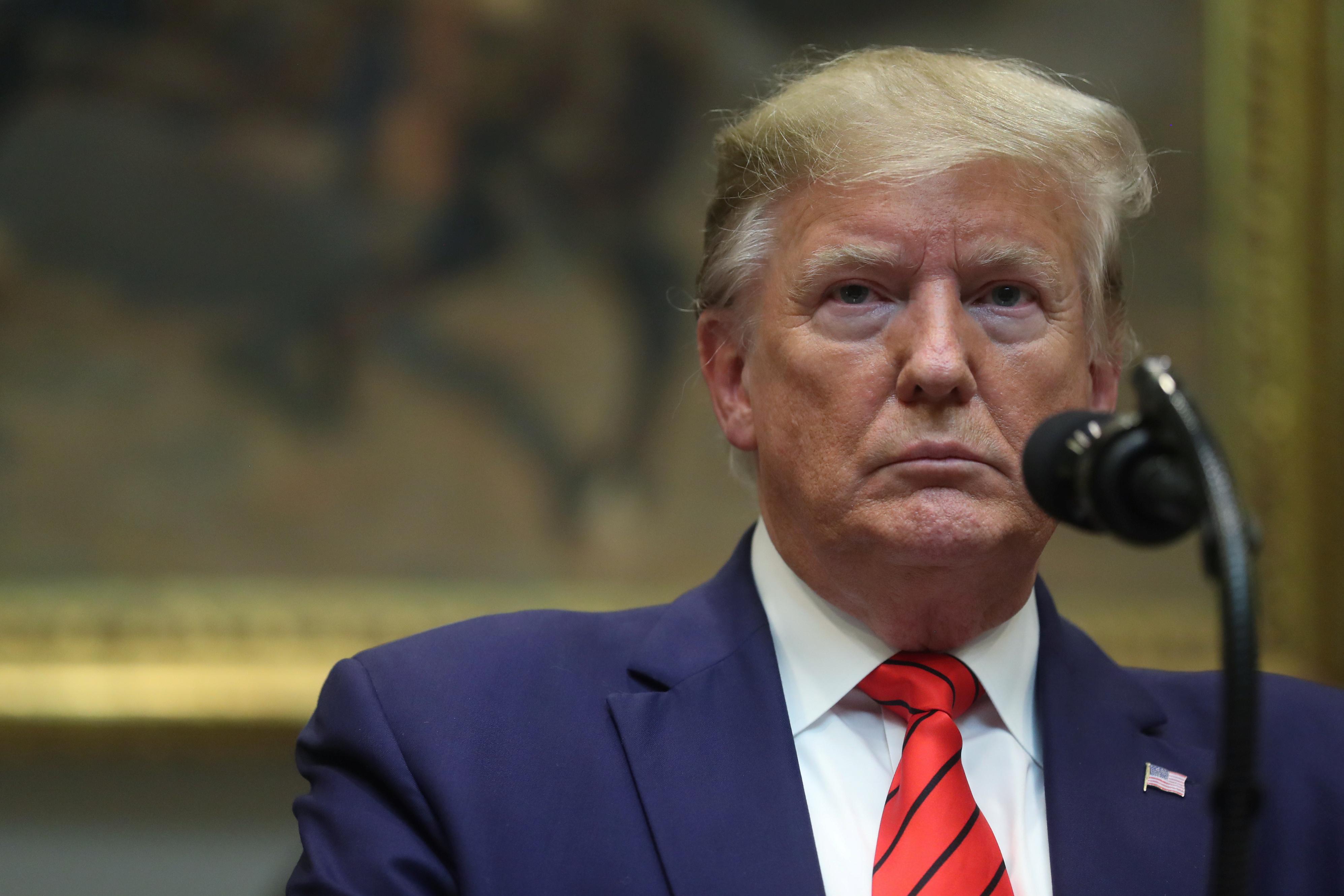 Text messages between U.S. diplomats, a whistleblower complaint and a series of public statements by Trump and other officials in recent days offer the clearest view yet of the extent to which the president has used the government to chase accusations that secret forces have been plotting against him.

Much of that evidence has surfaced because of an impeachment inquiry led by Democrats in the U.S. House of Representatives.

Some of the evidence that has emerged shows that:

– State Department envoys in Europe offered Ukraine’s president a White House visit if he promised to investigate a discredited theory suggesting Russia did not interfere in the 2016 election that put Trump in office. A whistleblower complaint by an intelligence officer suggested Trump also held back nearly $400 million in security aid to Ukraine as additional leverage, which Trump has denied doing.

– The Justice Department is now investigating its own probe into Russia’s meddling in the 2016 election and allegations that Trump’s campaign colluded with Moscow. Attorney General William Barr and another senior department official traveled to Europe in recent months to investigate the theory that the FBI investigation, first launched during the presidential campaign in 2016, was actually a plot to stop Trump from becoming president.

The president’s tendency to say untrue things, particularly on Twitter, has caused headaches for his administration before. Until now, however, the government had largely taken pains to distance itself from such statements.

As recently as last year, the Justice Department argued in a series of court cases that when it came to national security, the president did not necessarily know what he was tweeting about.

Here are the three cases in which Trump has publicly advanced views of uncorroborated conspiracies behind episodes damaging his presidency. The White House declined to comment on the cases:

Investigations by U.S. intelligence, law enforcement, Congress and outside researchers have all concluded that Russia’s government was to blame for hacking Democratic Party organizations and leaking stolen emails at politically opportune moments in 2016. Russia has denied involvement, although U.S. investigators even named the Russian officers who were sitting at the keyboard during the breaches.

But another view has taken hold in on some right-wing websites. In that telling, the cybersecurity firm CrowdStrike, which the DNC hired to investigate the hack, falsely accused Russia, and spirited the hacked email servers to Ukraine as part of a coverup. As early as March 2017, an unnamed poster on the fringe website 4chan wrote that “Russia could not have been the source of leaked Democrat emails released by WikiLeaks.” Other posts incorrectly said CrowdStrike co-founder Dmitri Alperovitch is Ukrainian (he is a U.S. citizen born in Russia).

Trump referenced that view during a July 25 call with Ukrainian President Volodymyr Zelenskiy, mentioning CrowdStrike by name, and saying “The server they say Ukraine has it.” Ahead of that call the U.S. special representative to Ukraine, Kurt Volker, suggested in a text message to a Zelenskiy aide that Zelenskiy might score a White House visit if he promised to “get to the bottom of what happened” in 2016, a reference to the election meddling.

CrowdStrike said in a blog post that its finding of Russian involvement was supported by U.S. intelligence and that it never took possession of the hacked servers.

Trump’s former homeland security adviser, Tom Bossert, said officials in the administration tried to dissuade Trump. “It’s not only a conspiracy theory. It is completely debunked,” he said on ABC’s “This Week With George Stephanopoulos” last month.

Russian involvement in the 2016 election produced an investigation like few others in U.S. history, focused on whether Trump’s campaign had colluded with the Kremlin to win.

Another theory, endorsed by Trump, holds that the probe was actually an elaborate effort by U.S. officials and foreign spies to deny him the presidency.

The FBI opened its Russia probe in 2016, after an Australian diplomat reported that a Trump campaign aide named George Papadopoulos had boasted that Russia had obtained email “dirt” on Hillary Clinton, Trump’s Democratic opponent, weeks before the hack of the Democratic National Committee became public. Papadopoulos told the FBI that he learned that from a Maltese academic, Joseph Mifsud.

Papadopoulos has alleged that Mifsud was actually a Western intelligence operative trying to frame him, and by extension, Trump. On Twitter, Trump has hinted at that theory, repeating messages asking why Mifsud was not charged with a crime, and quoting a television interview in which Papadopoulos said the “whole thing was a complete setup.”

Now Barr is investigating how the government opened an investigation – which went on to be led by Special Counsel Robert Mueller – that the president dismissed as a “hoax” and a “witch hunt” from the start. Barr told CBS News that official explanations for the FBI’s investigation “don’t hang together.” He has not elaborated on what he is investigating or why, but told a Senate subcommittee this year that “there is a basis for my concern.”

Barr traveled to Italy seeking information about Mifsud, and to the United Kingdom to meet with its intelligence officials. He has tapped the lead federal prosecutor in Connecticut to lead the review.

The Justice Department did not respond to a request for comment.

Trump’s efforts to pursue those conspiracies came to light in large part because an unnamed U.S. intelligence officer filed a whistleblower complaint about Trump’s July 25 call with Zelenskiy.

He also said on Wednesday that the Intelligence Committee Inspector General, who first reviewed the complaint and determined that it was credible and urgent, had presided over a “scam.”

Trump also said his administration was “trying to find out” the whistleblower’s identity, and that he wanted to question his unnamed accuser.

When the whistleblower’s lawyers said a second official had also spoken to the Intelligence Community Inspector General, Trump said that person too was “coming in from the Deep State,” a phrase that commonly refers to an alleged secret cabal within the U.S. government.

One of the initial whistleblower’s lawyers, Mark Zaid, has said that Congress did not help the whistleblower prepare the nine-page set of allegations that touched off the House impeachment inquiry.

Nonetheless, Trump’s allies in the House and his lawyers have taken up the accusation that the whistleblower worked in secret with the Democratic head of the House committee leading the impeachment inquiry, Adam Schiff.

In a letter Tuesday, White House Counsel Pat Cipollone cited this among the president’s reasons for refusing to cooperate with the impeachment probe. The whistleblower’s party leanings and his contact with Democrats “raises serious questions that must be investigated,” he wrote.