LONDON (Reuters) – Britain’s parliament voted to withhold its approval of Prime Minister Boris Johnson’s Brexit deal on Saturday, triggering another law that requires him to request a delay to the country’s departure from the European Union. 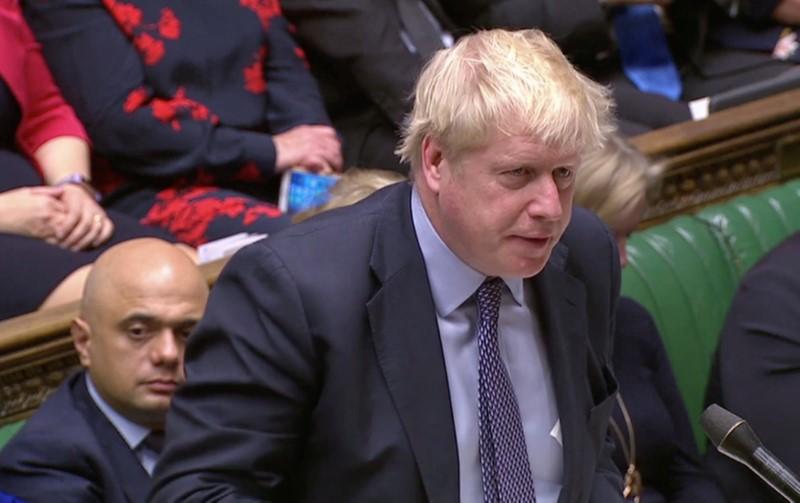 Johnson has been defiant that he will not negotiate a Brexit delay beyond the scheduled Oct. 31 departure date, saying the law does not “compel me to do so”, deepening uncertainty over how and even whether Britain will leave the EU.

Following is a rough guide to what could happen next:

SEND A LETTER ON SATURDAY

The law, the so-called Benn Act after one of its authors, requires the prime minister to “seek to obtain” an extension until Jan. 31, 2020, if parliament has not passed a withdrawal deal or approved Britain’s departure without an agreement by Oct. 19.

It sets a deadline of 2300 GMT on Saturday for the prime minister to write a letter and dictates the terms of what he should write.

The UK Parliament has passed the European Union (Withdrawal) (No. 2) Act 2019. Its provisions now require Her Majesty’s Government to seek an extension of the period provided under Article 50(3) of the Treaty on European Union, including as applied by Article 106a of the Euratom Treaty, currently due to expire at 11.00pm GMT on 31 October 2019, until 11.00pm GMT on 31 January 2020.

I am writing therefore to inform the European Council that the United Kingdom is seeking a further extension to the period provided under Article 50(3) of the Treaty on European Union, including as applied by Article 106a of the Euratom Treaty. The United Kingdom proposes that this period should end at 11.00pm GMT on 31 January 2020. If the parties are able to ratify before this date, the Government proposes that the period should be terminated early.

WHAT IF HE TRIES SOMETHING ELSE?

After his government lost a vote on a proposal that withheld approval for his agreement until formal ratification legislation has passed, Johnson is required to send the letter.

But he told parliament: “I will not negotiate a delay with the EU and neither does the law compel me to do so.”

“I will tell our friends and colleagues in the EU exactly what I have told everyone else in the last 88 days that I have served as prime minister: that further delay would be bad for this country, bad for the European Union and bad for democracy.”

His defiance has stirred suspicions in parliament that he may send a second letter asking the EU to ignore the first, or that he may simply not comply with the law, which means the case could head to the courts.

POSSIBLE DEBATE AND COURT ON MONDAY

Jacob Rees-Mogg, leader of the lower house of parliament, or House of Commons, said on Saturday the government planned to put Johnson’s exit deal to a debate and vote on Monday.

But the speaker of the House, John Bercow, said he would rule whether that would be allowed after several lawmakers said it would break with parliamentary convention that the same question cannot be put twice during the same session.

Scotland’s highest court, the Court of Session, is also due to consider on Monday a legal challenge that sought to force Johnson to comply with the Benn Act.

Anti-Brexit campaigners had asked the court earlier this month for it either to issue an order forcing Johnson to ask for a delay if he failed to secure approval for a deal by Oct. 19, or for it to instruct that a letter be sent to the EU on his behalf if he refused.

The campaigners also said he should face penalties including a fine or even prison if he did not comply with the Benn Act.

The court, has not yet ruled on the matter and was waiting to do so pending developments up to Oct. 19. But it said this month that government lawyers had given formal legal statements – averments – that he would abide by the Benn Act and it would be a serious matter if he did not.

“It would be destructive of one of the core principles of constitutional propriety and of the mutual trust that is the bedrock of the relationship between the court and the crown for the prime minister or the government to renege on what they have assured the court that the prime minister intends to do,” judge Paul Cullen, known as Lord Pentland, said.

Johnson also told parliament that “next week the government will introduce the legislation needed for us to leave the EU with our new deal on October 31”.

That would suggest that the government will try to force through the legislation required in order to leave the EU on Oct. 31, which would also give lawmakers the opportunity to bring changes to that legislation.

Such changes could include adding a need for a confirmatory referendum on the agreement, as sought by the Labour Party and throwing open the possibility of Brexit not even happening — although it is not clear whether there would be sufficient numbers among lawmakers to back such a plan.

Both the governing Conservatives and main opposition Labour Party say they want a new election, but Labour leader Jeremy Corbyn has said he will not back any move to hold one until a no-deal Brexit is ruled out.