An explosion brought down a Ridgefield, New Jersey, house on Monday, covering the road, backyard and surrounding property with debris.

An off-duty police officer who lives a block away rushed to the scene and pulled a victim from the back of the home, which had already collapsed, police said.

That victim has not been identified, but he is believed to have been the only person inside, according to ABC owned station WABC. He was rushed to Hackensack University Medical Center in stable condition.

Meanwhile, Ridgefield Police Chief Thomas Gallagher said other officers worked to contain the fire around them, which was being fed by a gas leak. It is unclear whether the gas leak was a result of the explosion. 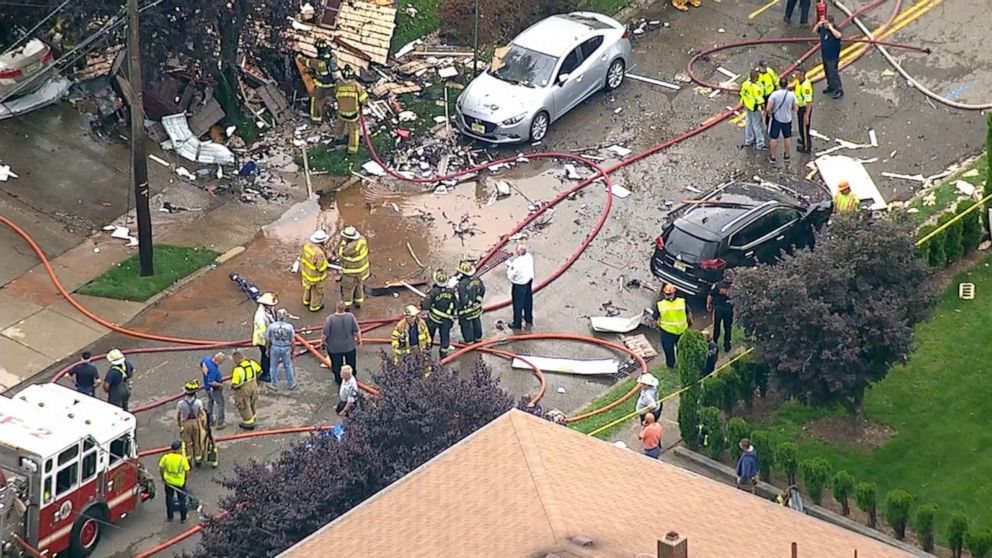 PSE&G officials were able to turn off the gas and the Ridgefield Fire Department was able to extinguish the fire.

Bergen County Executive Jim Tedesco said surrounding houses do not have gas, and electricity will also be cut as they work at the scene.

“This is a sad situation,” said Ridgefield Mayor Anthony Suarez. “Fortunately for the borough it could’ve been a heck of a lot worse.”