Many of the victims, which include young children, were left trapped under the ride’s wreckage when it broke at 2am this morning. The incident happened at the San José de la Rinconada fair in La Rinconada, near the Spanish city of Seville in the country’s Andalusia region. The Sun reports that an 11-year-old girl was airlifted to hospital with serious head and leg injuries.

A further nine people were reported to have been rushed to hospital, while 19 others had their injuries treated at the scene.

Police have now opened up an investigation as to what caused the collapse of the ride.

La Rinconada mayor Javier Fernandez said: “The accident leaves us speechless. We hope that our boys and girls will recover from what they experienced today both psychologically and physically.

“We have stopped the fair and opened an investigation into what happened.” 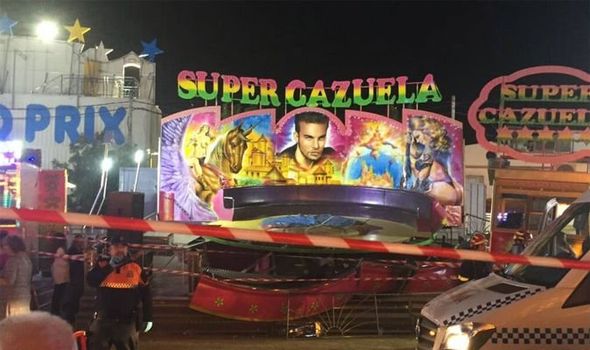 The attraction belongs to the Mundopark fair and was built in 2001.

Local reports state the merry-go-round passed all required after checks.

The news comes a week after a seven-year-old boy was left in a critical condition after he fell 30ft from a rollercoaster.

The youngster was airlifted to Leeds General Infirmary with head injuries following an incident at the Lightwater Valley theme park, near Ripon, North Yorkshire, last Thursday. 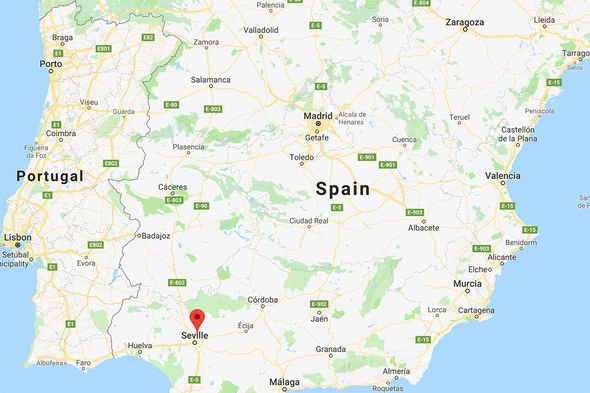 Witnesses said the boy plunged up to 15ft from the Twister ride at the attraction, with one saying they heard loud screams before seeing a child on the ground.

Lightwater Valley said: “We have been informed by North Yorkshire Police that the medical condition of the child involved in the incident at the park yesterday is now described as critical. We are devastated by this news and our thoughts are with the family.”

Witnesses have described seeing boy fall around 15ft to the ground, leaving his hysterical mother stuck in the car on the ride above.

Members of the public were reported to have ran to his aid along with park staff before paramedics and an air ambulance arrived.