A DEVASTATED family who were forced to rehome their dog have found a mark on a wooden panel in their home which looks exactly like him.

Mom-of-two Laruen Genereux, 30, and her husband Carl, 38, were faced with an incredibly tough decision when they realized their daughter Lillian was severely allergic to their silky Terrier, Cozmo. 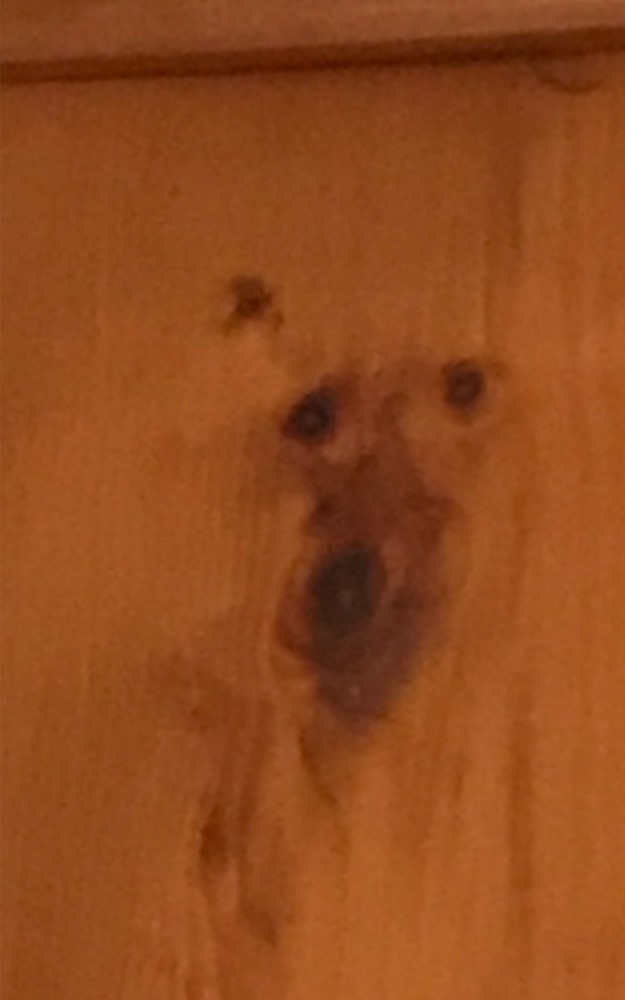 Cozmo was adopted by a new owner, who kept in contact with Laruen when she moved from Massachusetts to Rhode Island.

But this week, Genereux was at her parents home in the same state when she looked up and noticed a knot on the wood paneling that looked like her beloved Cozmo – acting as a permanent reminder of her love for him.

Genereux, a stay-at-home mom, said – “When Lillian was born, we quickly realized she was severely allergic to our dog and we had to rehome him.

“We were absolutely devastated when we found out this was the case but had to do what was best for our family. 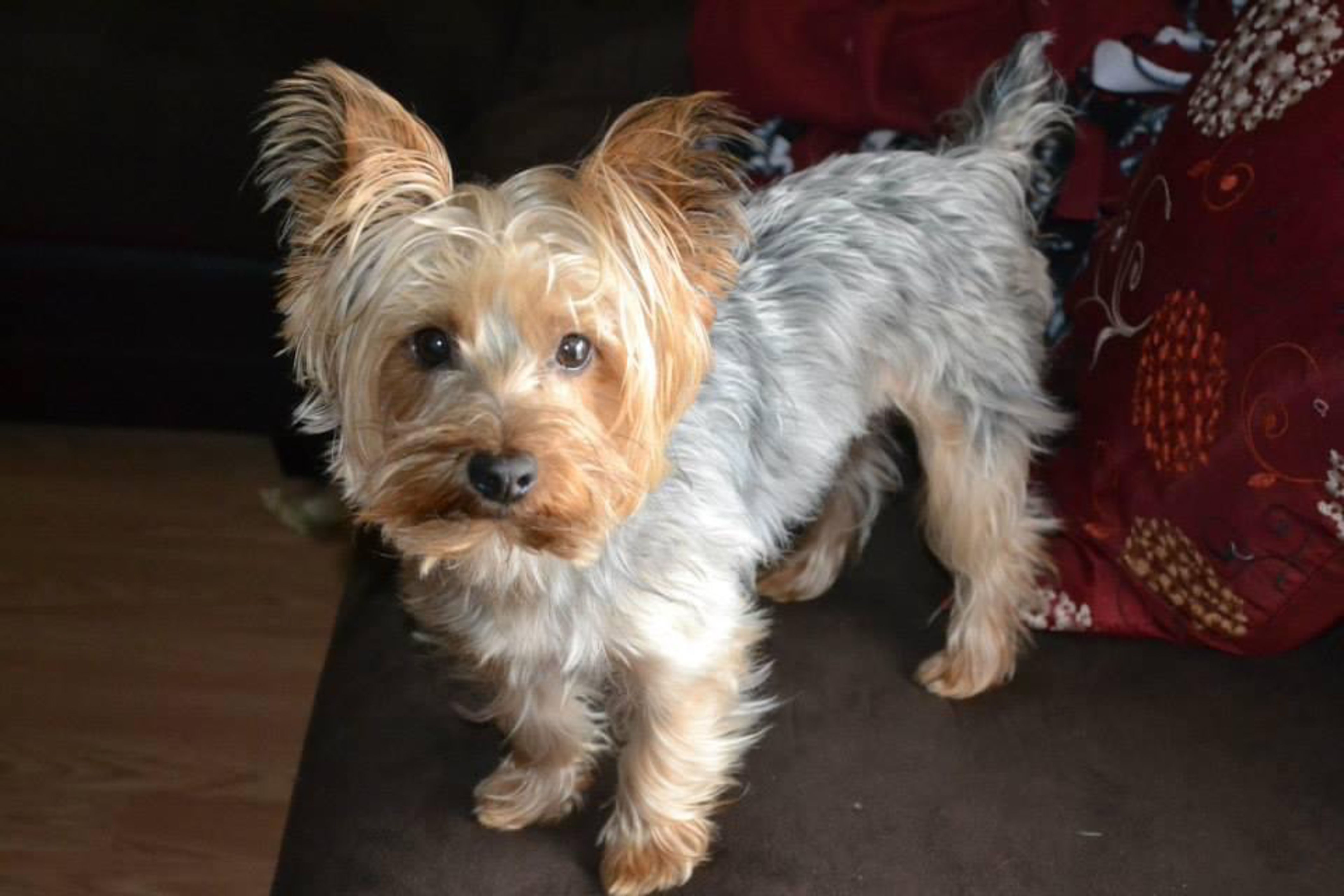 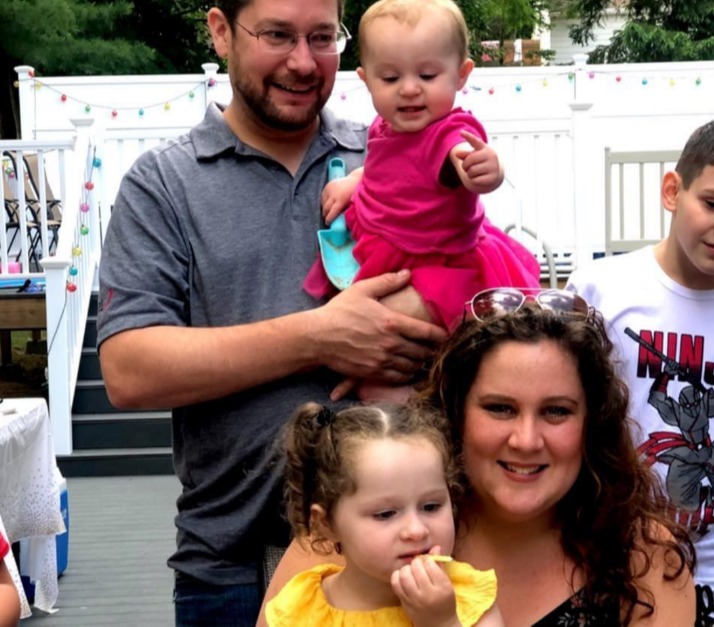 “We felt so awful about it and we didn’t want to just drop him off at a shelter because he was our baby,” she said.

“We knew if he was going to be put up for adoption, there was a risk that we would never be in contact with him ever again which broke us.

The 30-year-old mother said found a family for her beloved dog through a foster situation and has been in constant contact with the new owner ever since.

“Years after we had to rehome him. I was visiting my family’s home and while talking to my family, I looked up and in this house I’ve basically grown up in my whole life, I saw a mark in the wood and realized it looked like Cozmo.

“We all laughed and it was heartwarming to realize that Cozmo, despite what we had to do, will always be a part of our family forver,” Genereux said. 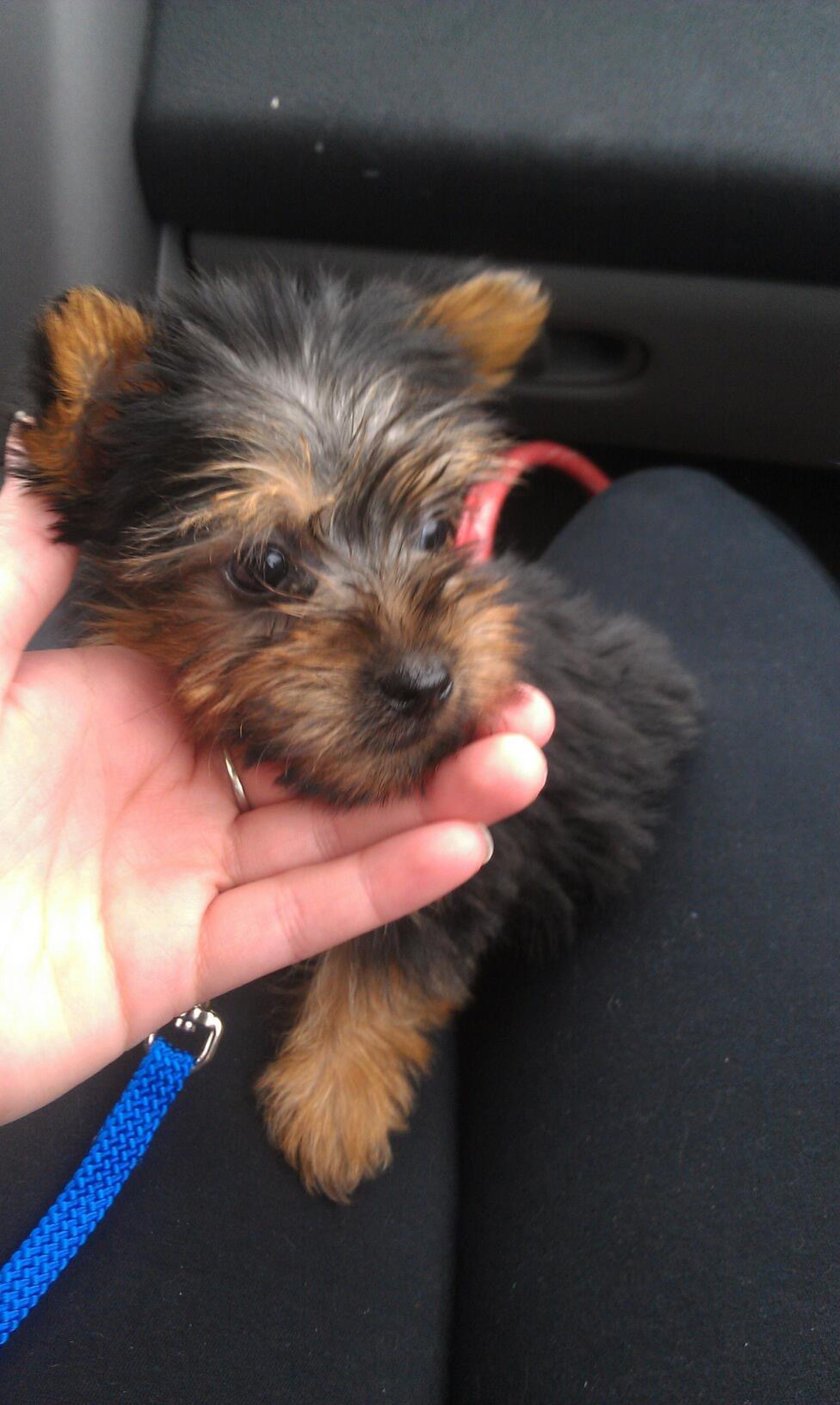 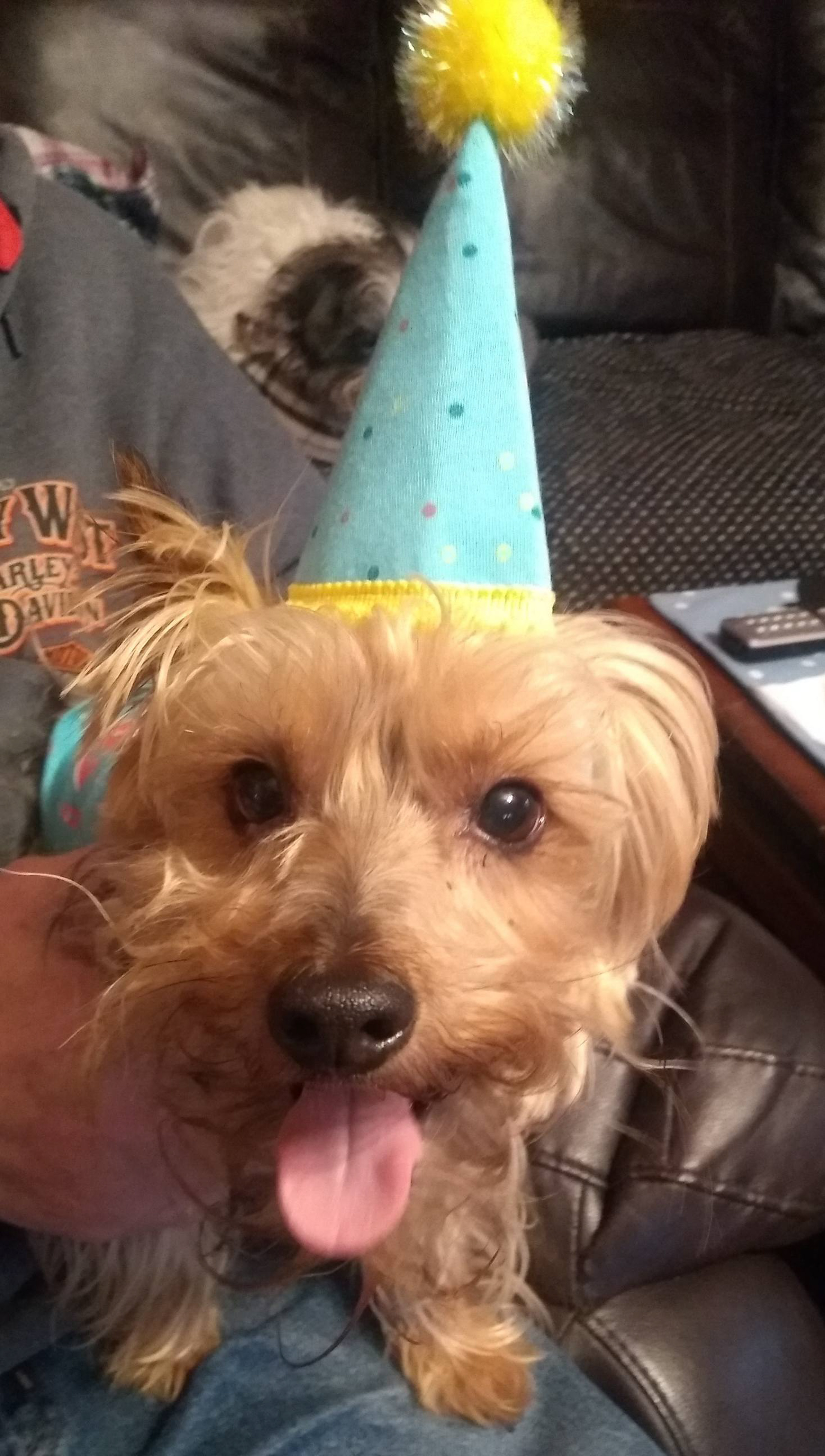 Genereux and her husband got Cozmo as a puppy and fell in love with his bubbly personality instantly.

The couple had fertility trouble for three years prior to Genereux having her first daughter Lillian, who they noticed was breaking out in rashes due to Cozmo.

Genereux said, “Cozmo was kind of like our baby for five years because we couldn’t have kids right away.

“It was really emotional when we found out we got pregnant naturally but when Lillian was born she ended up being allergic to Cozmo which was heartbreaking,” the mother said.

Genereux said her daughter began breaking out in rashes and her lips would swell up, which scared the couple and they decided to put Cozmo up for adoption.

Despite the hardship of putting Cozmo up for adoption, Genereux and her husband were lucky to keep in touch with his new owner.

Genereux was ultimately shocked and delighted to find the wooden imprint of her beloved dogs face in her family’s home.

“I moved from Massachusetts to Rhode Island so I was near my family again so to have the imprint of him here feels like he’s still with us.

“We all laughed when we notice it because it couldn’t have looked more like Cozmo if I printed it onto the wood myself.

“I had to take a picture of it and send it to his new owner and she thought it was amazing too.

I knew he’s always be in my heart but to be physically and naturally imprinted in my family’s home as a permanent reminder of our love for him was truly special,” Genereux said.