A HORRIFIED family have vowed to never shop at Iceland again after getting a pizza covered in black mould.

Kim Bann said her niece had been looking forward to tucking into the frozen Deep Pan Double Pepperoni pizza when she made the sickening discovery. 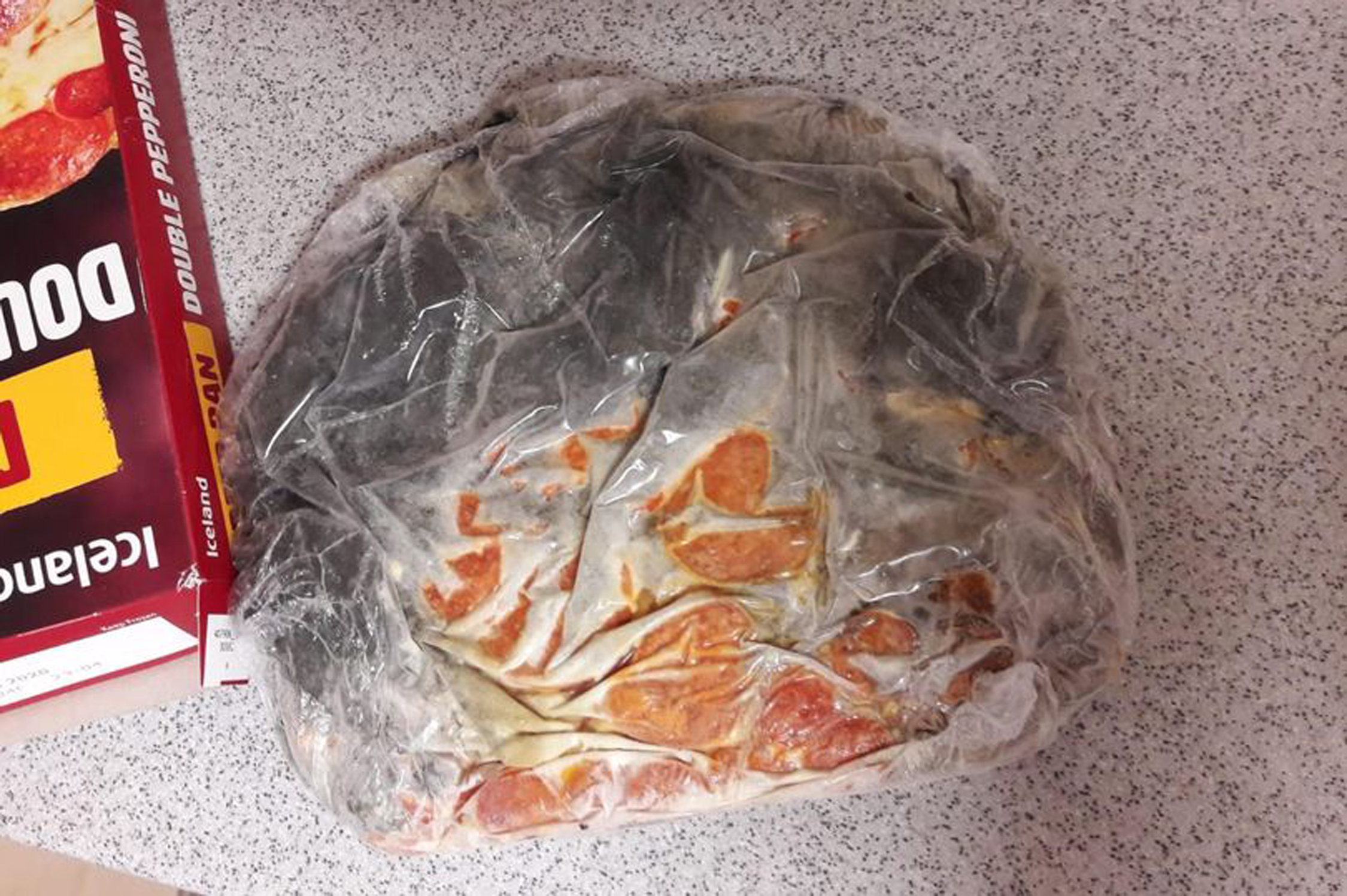 She had ordered the £1 treat for home delivery last Friday from a local branch in Selsdon, South London, MyLondon reports.

The mum has been offered a full refund for the pizza but says she has been put off ever shopping at the supermarket again.

Kim said: "This is meant to be a double pepperoni pizza but it’s all black mould all the way round it

The disgusted shopper emailed Iceland along with a picture of the pizza, which appears to have a fuzzy coating of mould.

'PUT OFF' SHOPPING AT ICELAND

Kim believes her niece should have been offered more than a £1 refund to convince them to shop at Iceland again.

She said: "I would have thought that they would least give her a voucher to coax her back to shopping there.

"It’s actually put her off shopping there now as well as me."

In May, Ceanne Reid was horrified when she discovered a severed bird's head in her Iceland chicken wings.

The mum-of-two put the Iceland Let's Eat American BBQ Chicken Wings out on the table for her family to tuck into before her niece said she saw a "face" on her plate.

Iceland confirmed they had been contacted on social media by Kim and her niece but are waiting for the account holder to speak to them directly so they can investigate further.

"We are very keen to look into this matter further and to ensure that this customer feels valued and understands that she is important she is to Iceland.”