It was two years into the construction of their luxury $9.58 million South Yarra apartment that developer JD Group told Nina and Walter Ripani that it couldn’t build the off-the-plan unit it had promised.

The couple bought into the opulent “Victoriana” development on Queens Road after visiting a showroom and being impressed by JD Group’s artistic renderings showing a large opening connecting indoor and outdoor space. 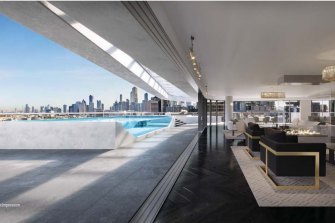 The aristic render of the ‘Victoriana’ development that drew in Nina and Walter Ripani.

But Federal Court Justice Paul Anastassiou found this month that Century Legend – which traded as JD Group – had been “deliberately” misleading and deceptive, and that it had previously received advice from architects that the artistic render it was using to sell the off-plan apartment, known as the “hero render”, was impossible to build.

“When you walked into the showroom, it was larger than life, and we were basically told we could have that apartment, and we were totally hooked,” Ms Ripani said. 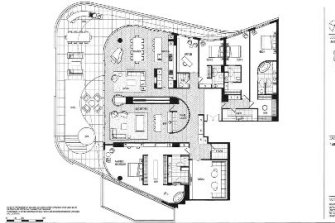 The court ordered the $9.58 million contract the pair signed with JD Group be revoked, estimating they had lost $380,000 in costs and the apartment’s value had decreased. The court will make a ruling on total damages, including legal costs, later.

JD Group last week lodged an appeal, and declined to comment. Last Friday, the court made an order which prevents the Ripanis retrieving their $950,000 bank guarantee, which acted as a deposit, from JD Group, until the appeal could be resolved. The court did not fine JD Group or issue them with any other penalty.

Zervos Lawyers principal Nicolas Zervos, who represented the pair, said the court’s decision would have implications for developers who relied on a render to induce people to purchase.

“It’s a cautionary warning to developers to make sure what they promote is, within reason, what they can deliver,” he said. 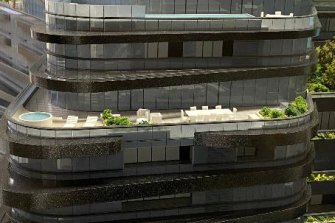 The artistic render of the ‘Victoriana’ building.

Justice Anastassiou said at the time the apartment was sold to the Ripanis, the developer had already received advice the hero render was impossible.

“I have concluded that the conduct of Century Legend was not only misleading and deceptive … but deliberately so, having regard to its knowledge that the free-span opening depicted in the so-called ‘hero render’ could not be constructed for design and engineering reasons,” Justice Anastassiou said.

Court documents show architect Stephen Perkins told the firm the renders were “misleading” in October 2016 and that “the free-span opening could not be constructed due to development and structural requirements”.

Despite being aware of the impossibility of the build, the firm persisted to use the render in marketing the Victoriana, Justice Anastassiou said. 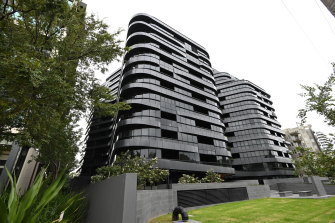 The building in reality.Credit:Joe Armao

“Century Legend knew, prior to using the ‘hero render’ in connection with marketing the apartments at the Victoriana … that it was impossible to construct apartment 14.01 in a way that would bear a reasonable resemblance to the render.”

In 2006, property developer Mirvac, one of the biggest in Australia, settled a class action brought by purchasers of luxury off-the-plan apartments at the Yarra’s Edge development in Docklands after it failed to deliver a promised golden building facade.

“When the judgment [against Century Legend] came down, I felt like it was a win for everyone because developers have to be honest with what they can and can’t produce,” Ms Ripani said.

“You need developers to be accountable and transparent,” her husband added. “It was meant to be our last home, our dream home.”

JD Group have not listed the apartment for sale.