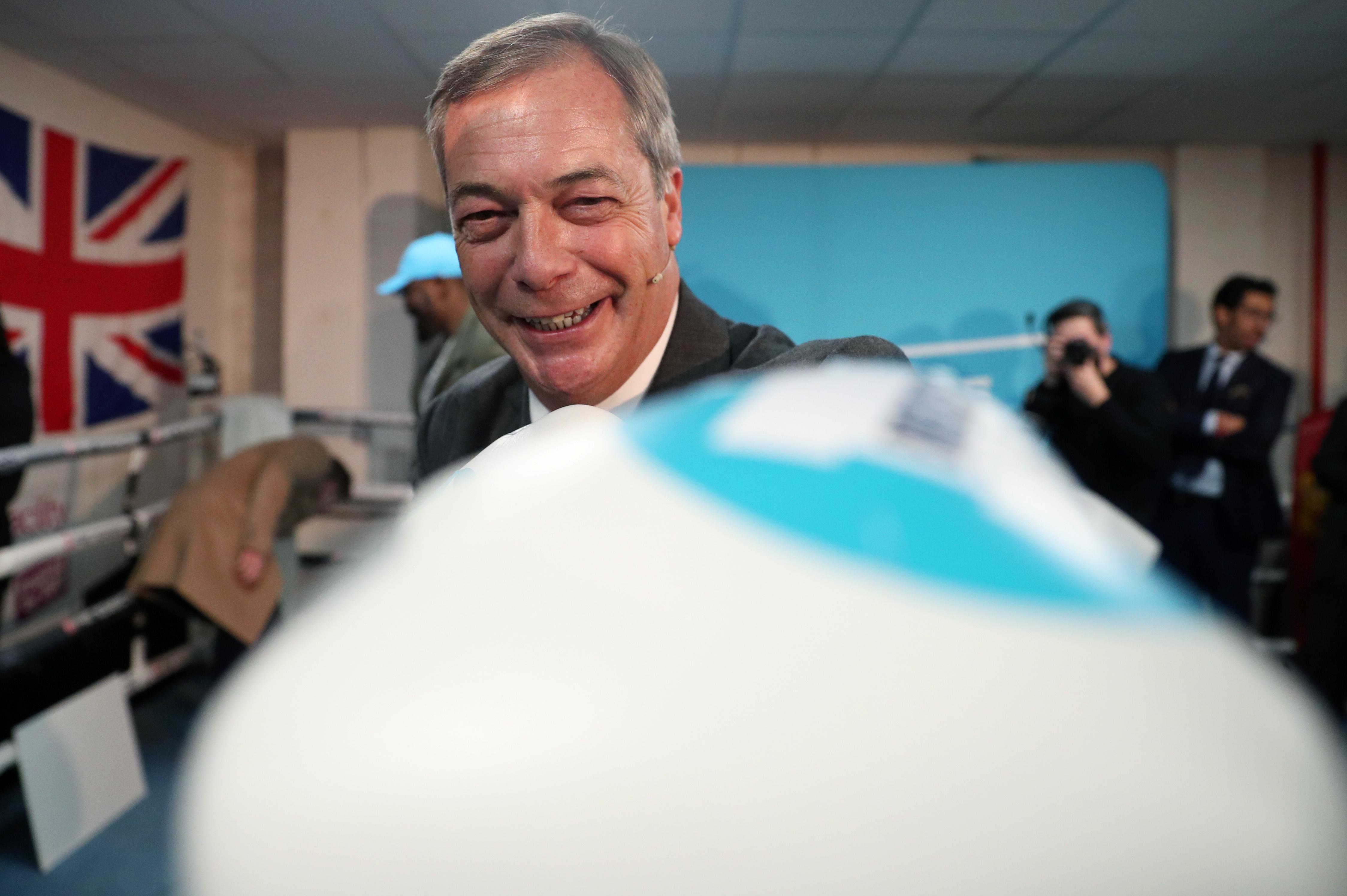 LONDON (Reuters) – Brexit Party leader Nigel Farage said on Thursday that Prime Minister Boris Johnson’s Conservative Party was using an array of “disgraceful” tactics to try to prevent his candidates from standing in the Dec. 12 election.

“What is going on right now is nothing sort of disgraceful. There is a full scale attempt going on out there as I speak to stop men and women freely putting themselves up before the UK electorate. You would have thought this was Venezuela,” Farage said.

Brexit Party candidates “are coming under relentless phone calls, emails and abuse and being told them must stand down. That is happening in 21st Century Britain,” Farage said.