AN alleged diaper fetishist has been accused of mutilating a rabbit less than 20 minutes after he bought it from a pet store.

Patryk Sochocki, 25, cut-off the animal's back legs, genitalia and tail with a pair of scissors while driving, according to cops. 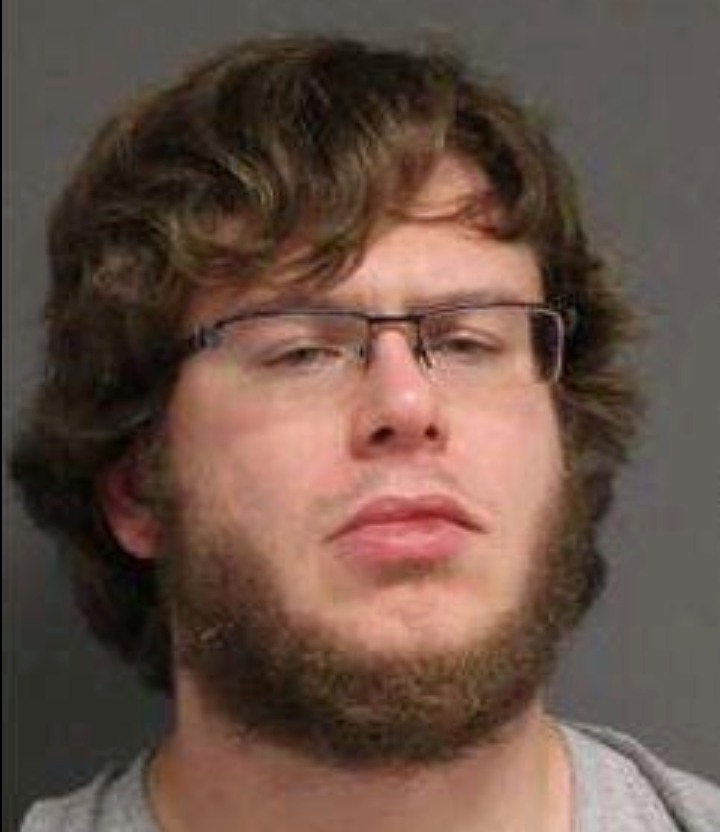 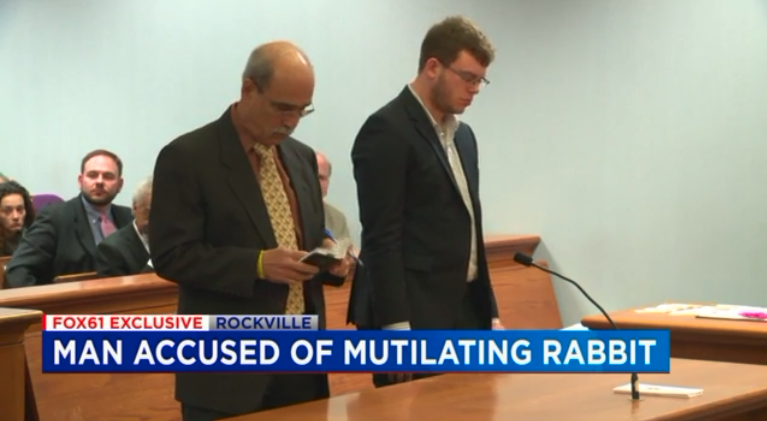 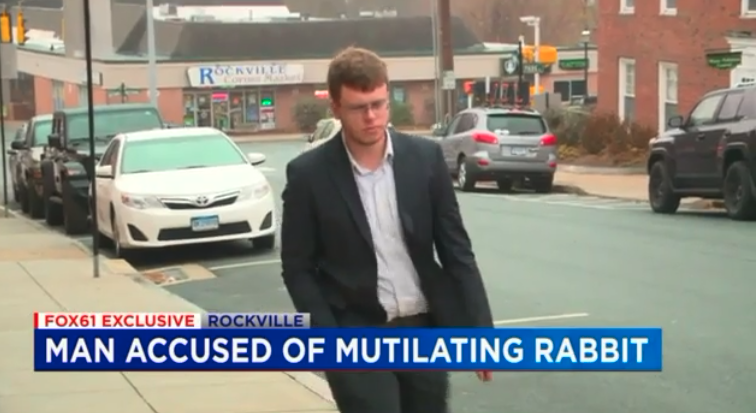 He then allegedly chucked the rabbit into the back of his car as he sped-off, in Willington, Connecticut, on October 11.

Sochocki was pulled over by police after they claimed he was drastically changing speeds and swerving,

An officer reported seeing bloodstains and fur on his sweatshirt and bloodied scissors.

Soon after they allegedly noticed the bloodbath on the backseat, according to the Journal Inquirer.

They claimed the rabbit, who had with black, brown and white fur, looked like it had been "tortured".

When questioned, Sochocki reportedly told the officer that he intended to feed the animal to wild birds.

During a search of the vehicle they found empty beer bottles, a glass marijuana pipe and a backpack of diapers.

The officer reported that the vehicle smelled of the drug and Sochocki's were bloodshot.

They also claimed that Sochocki told them that he had diapers because he liked to wear them, according to the Inquirer.

The rabbit was taken to a veterinary hospital where it had to be euthanized because of its injuries.

Sochocki was arrested and charged with a cruelty to animals charge and use of drug paraphernalia.

He also faced counts of operating a motor vehicle while under the influence and failing to drive in the proper lane. 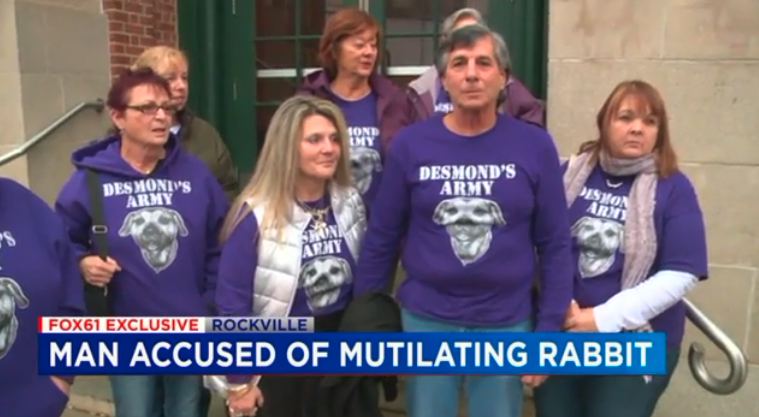 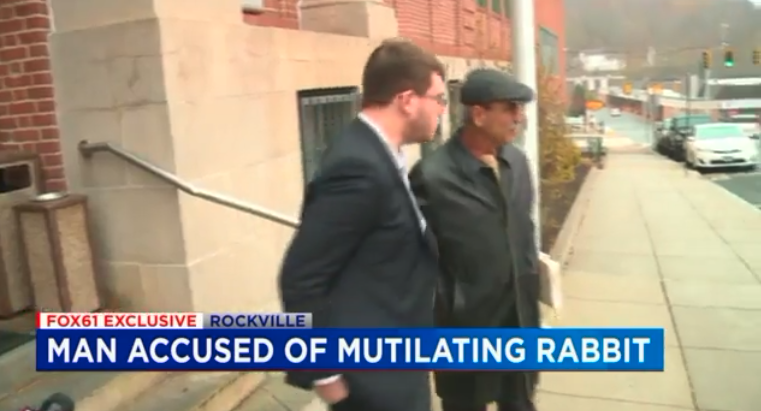 Sochocki pleaded not guilt to all of the charges on Wednesday at Rockville Superior Court.

The counts included first-degree wounding/killing of an animal, which upgraded from the previous misdemeanour animal cruelty charge.

Animal rights advocates were inside the courtroom during Sochocki's hearing in protest of the alleged attack.

They told Fox 61 that it was one of the worst cases of animal cruelty they had seen.

Robin Zillacannamela, President of Desmond’s Army, called it "premeditated" and condemned him "dismembering it… as he was driving".

He is due back in court on January 7.