A FIRE engine has got stuck in a roadblock that was put in place to create "Covid friendly" cycle lanes, leaving local residents furious.

Footage shows the blue-lit emergency vehicle trying to get in between a parked car and a wooden planter in Brixton, South London. 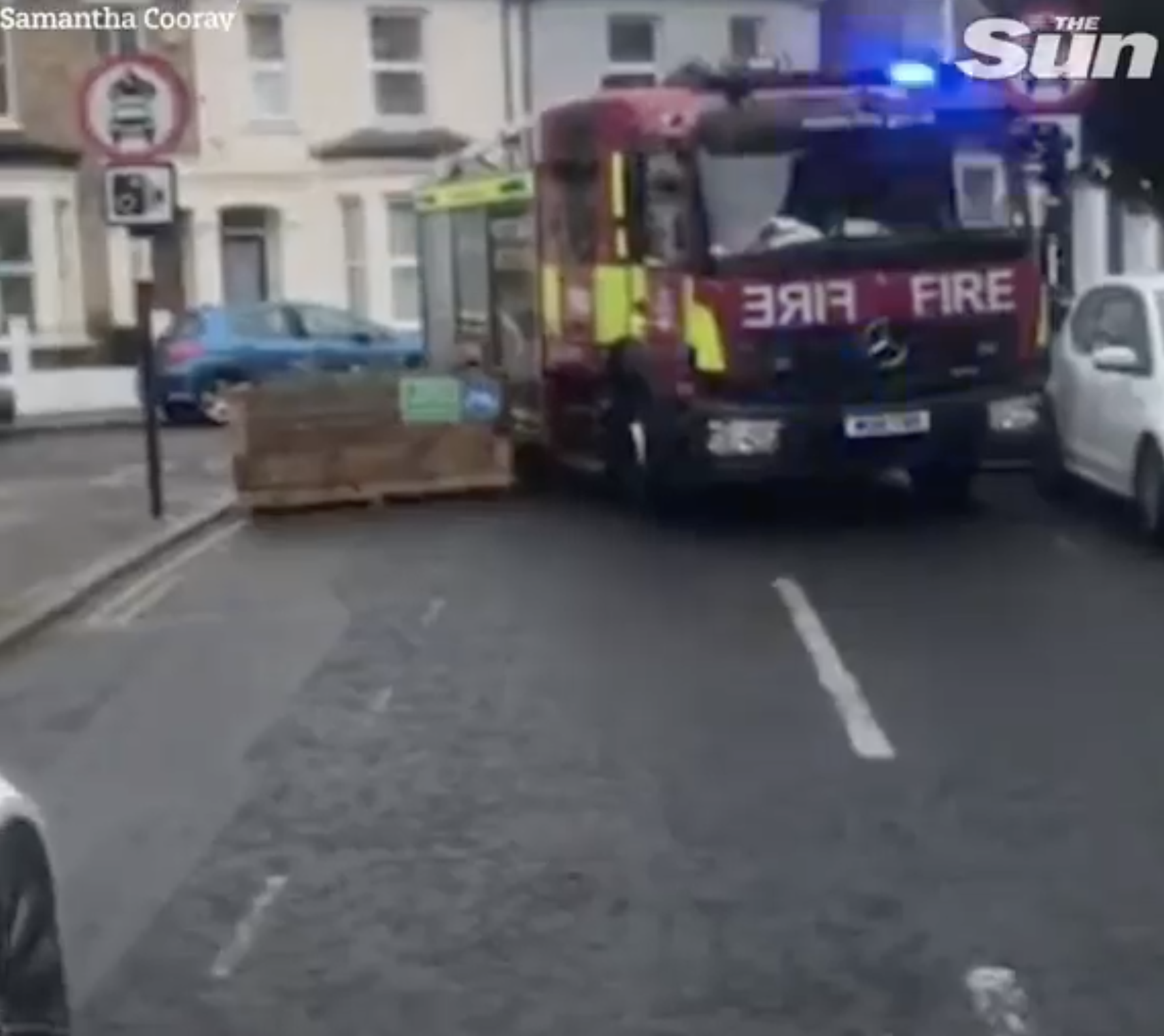 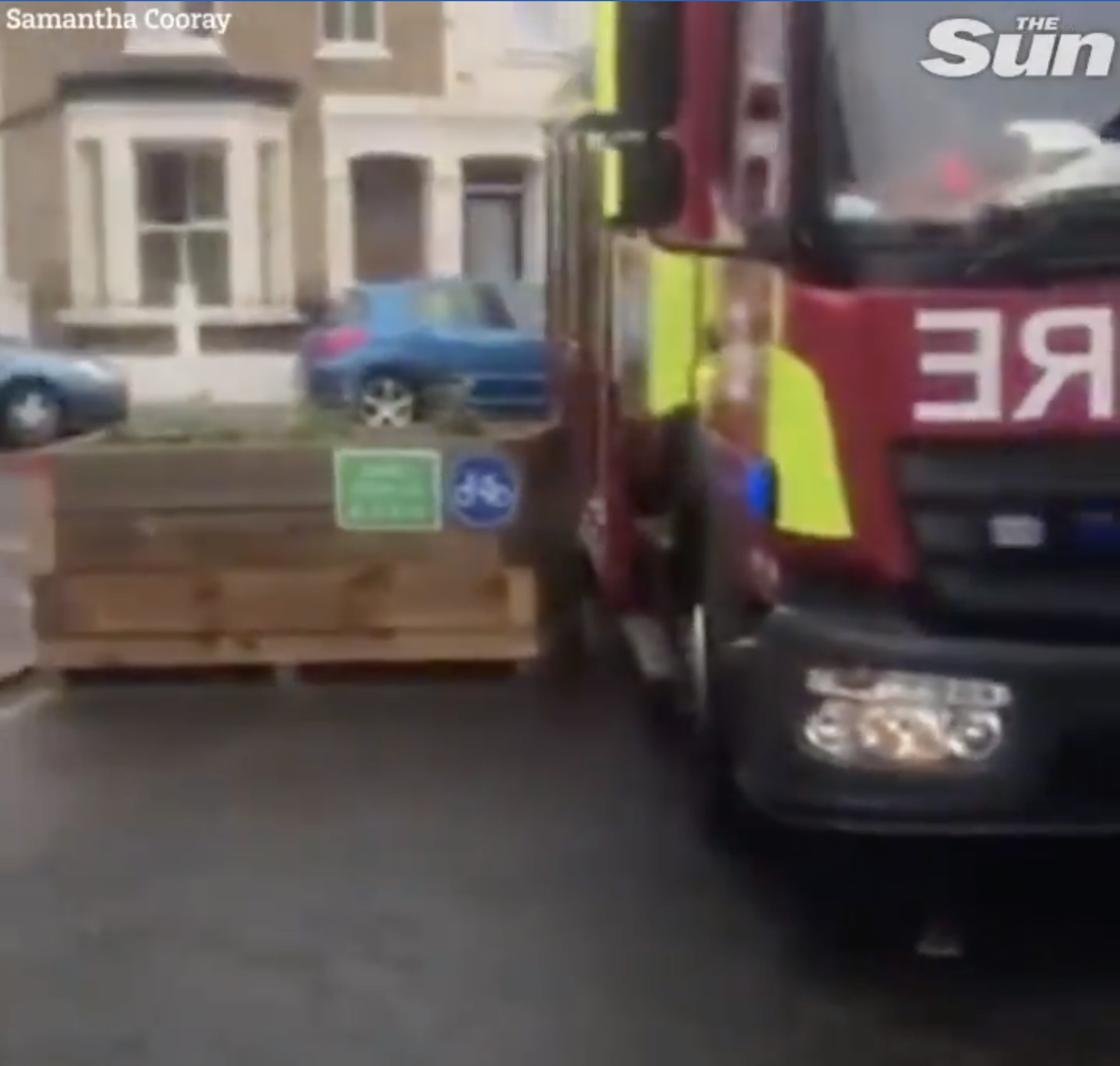 The firefights had to make their way to the incident on foot, ditching the vehicle as it was jammed between the "Covid friendly" bollards.

An angry resident in the video can be heard criticising the so-called Low Traffic Neighbourhoods scheme, saying: "You are trying to say this is good for us?

"The fire engine is now stuck."

She then zooms into the blocked vehicle adding: "Thank you to all of you who don't care about how we live."

The London Fire Bridge said the incident involving the stuck fire engine was a call-out for a person who had been locked out of their home.

The road scheme, aiming to make more socially distant footpaths and cycle lanes, is being used by councils to "wage war" on motorists under the government's controversial Active Travel project.

Many believe the scheme is "punishing" motorists as residents are having to take detours just to park in front of their homes.

Concerns over the safety of the wooden troughs blocking the streets are now being voiced because emergency services who are responding to potentially fatal incidents are also having to make detours.

On August 29, paramedics were delayed from treating a patient by 20 minutes after getting blocked by similar bollards in Ealing, London.

Residents are expected to protest about the Low Traffic Neighbourhoods scheme this weekend.

Abi Babalola now has to weave her way around the streets of Brixton, and her school run now takes triple the time it used to because of the cycle lanes.

The stay-at-home mother-of-three, who has lived in the area for 30 years, claims councils are using Covid-19 as an excuse to clamp down on motorists, who she says are being "discriminated against."

She told the Mail Online: "It's ridiculous. I have to pass my house numerous times and go round the back just to access the road I live on.

"I dread to think if the emergency services have to get to me or someone down my road.

"I've lived here for 30 years and we have never had a problem. This is causing a problem for lots of people.

"And not everyone can walk or cycle. I have three children and I do a big weekly shop. I can't carry that home."

Bournemouth, Christchurch and Poole Council have also closed the road to cars as part of the active travel scheme to encourage people to walk and cycle more during the coronavirus pandemic.

But frustrated neighbours say they feel the move has been implemented to "punish" motorists.

Residents in Poole put up some signs and placards – such as one reading "Open our Road" – but they were taken down by "jobsworth" officials.

Council workers told residents the signs were being removed in the event of a cyclist crashing into one of the planters and injuring themselves on the screws in the signs.

The temporary measures were put in place in August until March 2021, before a decision would be made on whether they would become permanent.

The project has seen hundreds of residential roads across the country blocked off in similar fashion. 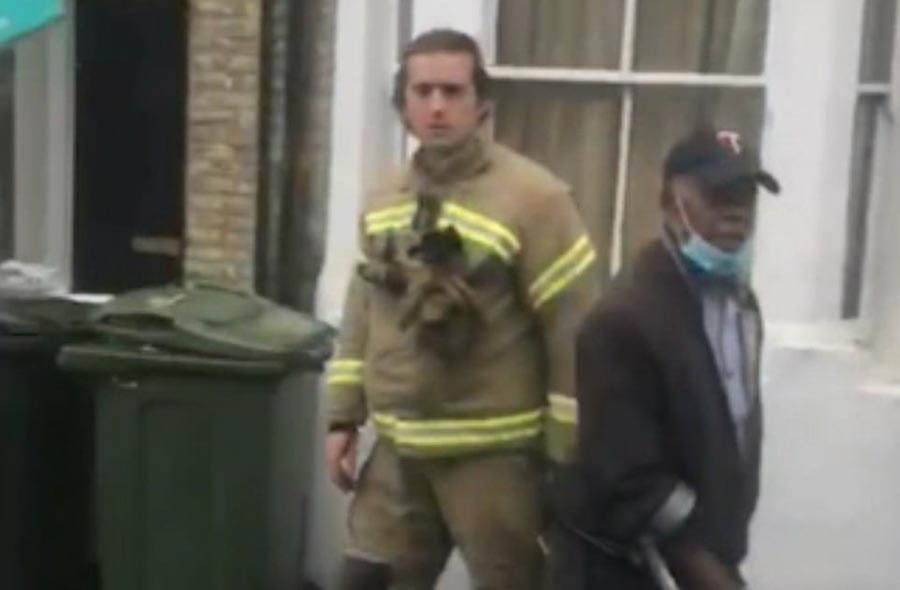