Flybe will return to the skies next year: Airline which collapsed in March 2020 is set to resume flights to UK and EU destinations from new Birmingham HQ and plans to create 600 jobs

Flybe has announced that its planes will start taking off from British airports again early next year.

Having struggled for years, the airline was pushed into administration in 2020 with 2,400 job losses as the coronavirus pandemic destroyed large parts of the travel market.

Thyme Opco however bought the carrier’s remaining assets and has planned a relaunch for 2022, although on a smaller scale than before.

It was also revealed that the renewed Flybe will be based in Birmingham.

It said it will serve ‘key regions across the UK and European Union’, although specific routes have not been confirmed. 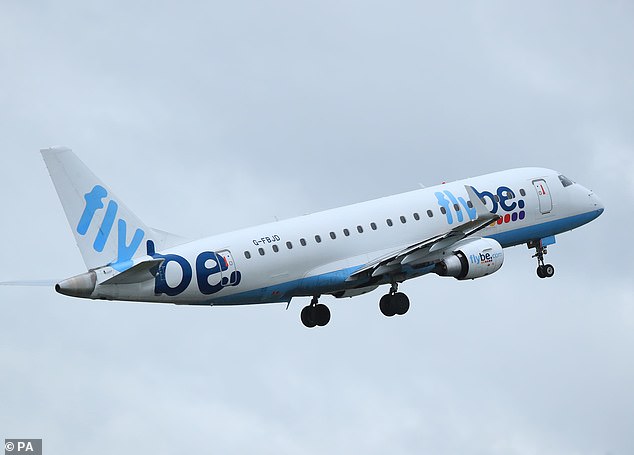 Flybe, once Europe’s largest regional carrier, will relaunch in 2022 with a new crew base and headquarters in Birmingham after it was purchased by Thyme Opco after collapsing into administration in 2020

It was based in Exeter but had a major presence at several other UK airports such as Aberdeen, Belfast City, Manchester and Southampton, and flew the most UK domestic routes between airports outside London.

Its business and assets were purchased in April 2021 by Thyme Opco, which is linked to US hedge fund Cyrus Capital. Thyme Opco has been renamed Flybe Limited.

Flybe said the opening of its headquarters in Birmingham is expected to create approximately 200 new jobs in the Birmingham and West Midlands region over the next three years.

A further 400 are set to be created across the rest of the country.

The airline’s chief executive Dave Pflieger said: ‘We are thrilled to be partnering with Birmingham Airport (BHX), the City of Birmingham, and the Mayor of West Midlands to make BHX the location of our new headquarters and first crew base. 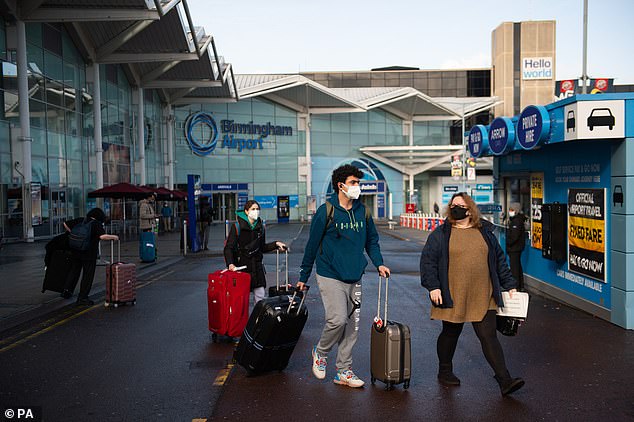 It was also revealed that the renewed Flybe’s headquarters and crew base will be based in Birmingham and will serve ‘key regions across the UK and European Union’. Pictured: Birmingham Airport

‘It was an ideal choice for us due to its great people and highly skilled workforce, its central UK location, and the fact that Birmingham Airport is a global travel hub where local and connecting customers have access to over 150 worldwide destinations.’

Once Europe’s largest regional airline, Flybe collapsed on March 5, 2020 after months on the brink, leaving around 15,000 passengers stranded across the UK and Europe.

‘Unfortunately, with the situation that has developed with (coronavirus), an already weak company, I’m afraid, just hasn’t been able to survive,’ Transport Secretary Grant Shapps said at the time.

Emotions ran high at the time when staff learned of the collapse of the airline which flew over nine million passengers a year.

One devastated member of Flybe air crew broke down on live TV as she described learning that her job was gone and 2,000-plus colleagues must also find ‘something new to pay the bills’. 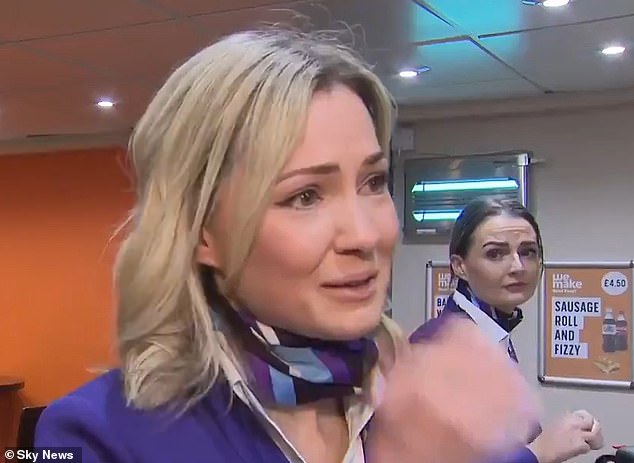 Devastated: Former Flybe air crew member Katherine Densham, (above) broke down on-screen as she described learning that her job was gone and 2,000-plus colleagues must also find ‘something new to pay the bills’ Katherine Densham, who worked for the collapsed airline for 13 years, was visibly upset as she arrived at Exeter airport in March to say goodbye to her ‘Flybe family’, who were clearing their desks.

She cried about the ‘sad’ collapse of the airline and said: ‘I’m not sure what I’m going to do now. I’ve worked for them since leaving college’.

Staff posted photographs and messages on social media within hours of the announcement the budget carrier had plunged into administration – writing how they would ‘cherish all the memories’ of their ‘Flybe family’ and ‘hope we are all back in the skies where we belong.’

Another anonymous staff member, who has flown with Flybe for 16 years, admitted: ‘The people made Flybe. On the frontline, we were lions – lions led by donkeys.’

The man, who asked to remain anonymous, said he was ‘still in denial’ about the news. He added: ‘I still think this is a dream. I was praying for a miracle. I’ve not slept all night and am worrying what I’m going to do next. I’m 35 and flown in total 16 years – this is basically all I’ve known’.

Mr Pflieger added that he would provide more details in the coming weeks and months about ticket prices, new routes and destinations. 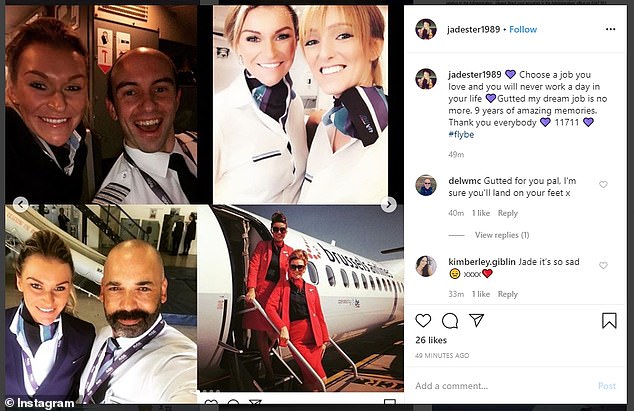 Andy Street, Mayor of West Midlands, said: ‘It really is such brilliant news that Flybe is coming back as a commercial airline, and even better that it has chosen Birmingham to house its new headquarters.

‘Not only does this mean better domestic and international connectivity for our region as well as local jobs and opportunities being created here, but it’s yet another show of faith in the West Midlands with businesses choosing to commit to our region as we recover from the pandemic.

‘Flybe’s choice highlights the strength of the aerospace sector in the West Midlands and the talent pool available, and I wish Dave and his team all the very best ahead of their official launch early next year.’

Since Flybe’s collapse, several airlines including Loganair and British Airways have taken over their most viable routes, raising the possibility of a battle to regain customers.

Warning of the potential impacts, UK airline schedule analyst Sean Moulton told the Independent: ‘All the profitable routes have been taken. All they’ll do is face competition and face a fight against airlines who have operated over the last two years.

‘It won’t work for them, and could cause more harm than good in terms of regional connectivity if it brings down yield and does not increase passenger numbers.’

At a Transport Select Committee meeting, Tim Alderslade, chief executive of Airlines UK, said: ‘If they can operate the right routes at the right time of day and they can compete, good luck to them.’

Karen Dee, chief executive of the Airport Operators’ Association, said: ‘We will always welcome additional airlines. It’s good for competition, it’s good for routes in those areas. I wish them every success.’