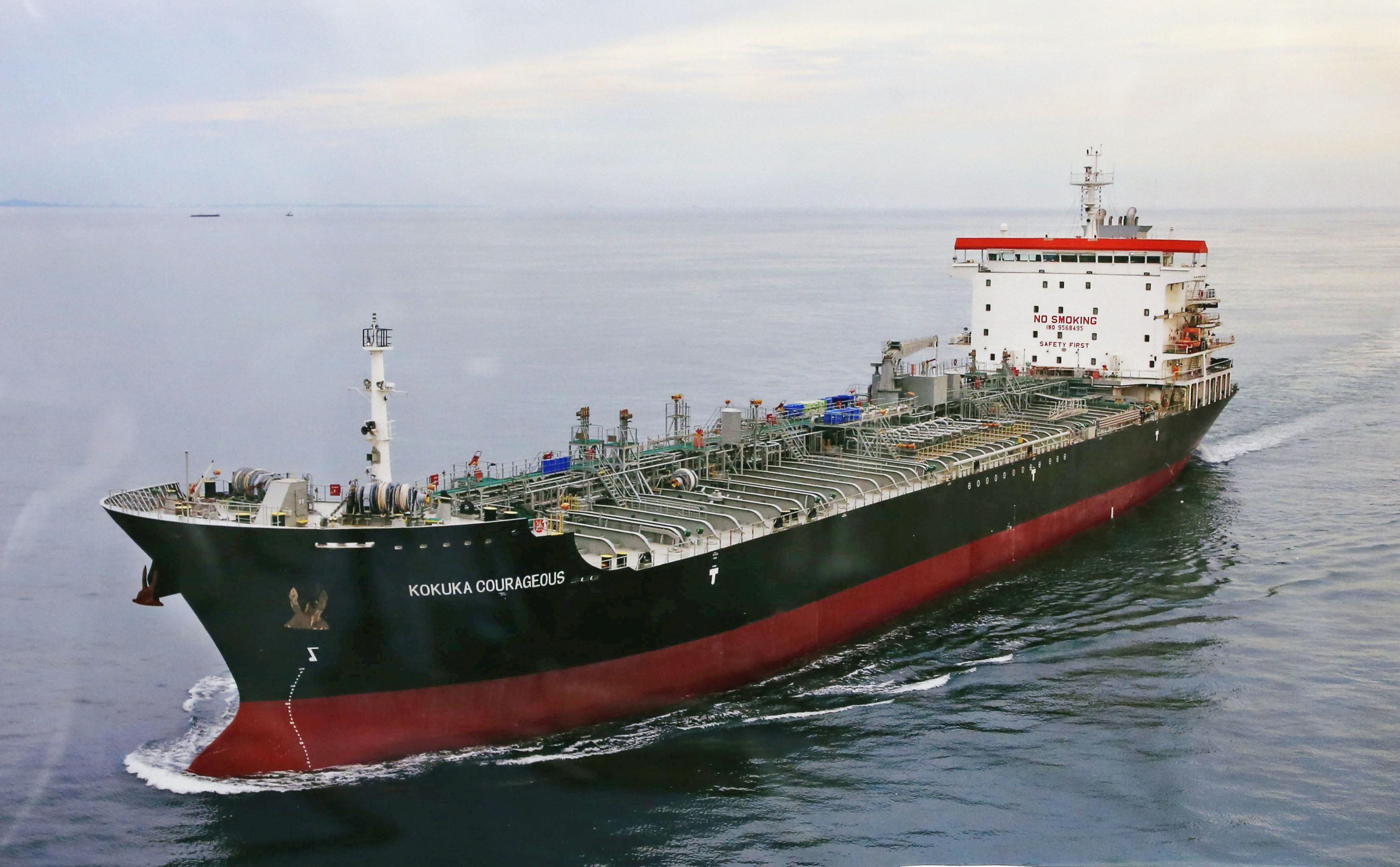 TOKYO (Reuters) – Two “flying objects” damaged a Japanese tanker in a suspected attack on Thursday in the Gulf of Oman, but there was no damage to the cargo of methanol, the president of the shipping company said on Friday.

The Kokuka Courageous was sailing toward the port of Khor Fakkan in the United Arab Emirates after the crew, which had evacuated after the incident, returned, President Yutaka Katada of Kokuka Sangyo told a press conference. It was being escorted by the U.S. Navy, he said.

“The crew told us something came flying at the ship, and they found a hole,” Katada said. “Then some crew witnessed the second shot.”

Katada said there was no possibility that the ship, carrying 25,000 tons of methanol, was hit by a torpedo.

The United States blamed Iran for attacking the Kokuka Courageous and another tanker, the Norwegian-owned Front Altair, on Thursday, but Tehran denied the allegations.

Japanese Industry Minister Hiroshige Seko said on Friday that the incidents will be discussed at a meeting of G20 energy and environment ministers this weekend.

Seko declined to comment on American officials blaming Iran, saying Japan is still investigating the incident, which occurred while Japanese Prime Minister Shinzo Abe was in Tehran trying to help ease rising tensions between the United States and Iran.