It was difficult to assess the extent of the damage immediately as the area struck by the earthquake is so remote.

However, earthquakes are common in PNG as the nation is located on the Pacific Ocean’s “Ring of Fire” where seismic activity is common due to friction between tectonic plates.

Although the PNG government has given no official death toll, the United Nations Office for the Coordination of Humanitarian Affairs (OCHA) in Asia and the Pacific said that four deaths had occurred.

OCHA’s PNG disaster management team reported on Twitter that one person had died in a landslide in Rai Coast, Madang while three others were buried in Wau, Morobe. 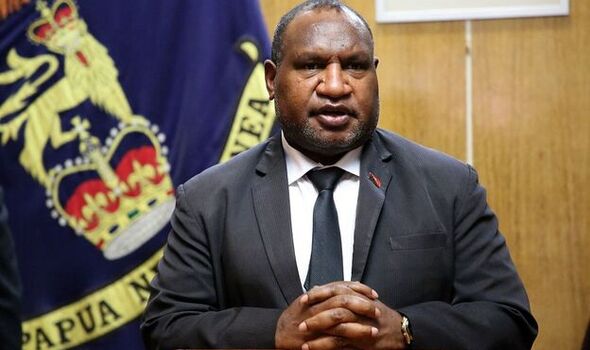 It added that although the airport was operational, the regional power grid, internet cables, and the regional highway were damaged.

Some people who were injured were airlifted for immediate medical treatment, they added.

A United Nations report said that people had been injured by falling structures and debris.

They also confirmed that there had been damage to health centres, homes, rural roads and highways.

There were also power outages in the Eastern Highlands due to the damage.

He said: “My thoughts and prayers are with all those affected….

“National and provincial disaster agencies, as well as leaders, have been asked to assess the damage and injuries to people and attend to these as soon as possible.”

Although the US Tsunami warning system sent out an alert after the quake it later confirmed that the danger had passed.

The Australian Bureau of Meteorology also confirmed that the antipodean country was not under threat.

In 2018 a quake measuring 7.5 on the Richter scale hit PNG’s mountainous highlands killing 100 people and damaging thousands of homes.