George Santos, a freshly elected New York state representative, is under fire for misrepresenting his work and educational credentials, but he is not the first high-profile figure to falsely enrich his academic credentials. And he likely won’t be the last.

Santos,who was elected in November to represent New York’s 3rd congressional district, had claimed to earn degrees from Baruch College and New York University inNew York City, but school officials told the New York Times they had no record of Santos graduating. The lawmaker later told the New York Post he hadn’t earned the degrees at all.

How many Americans have a college degree?

Only about two in five Americans over the age of 25 have a degree, according to data from the Pew Research Center.

That figure is much higher in Congress, where 96% of members have a college education, according to the Congressional Research Service.

People who have four-year degrees typically earn more than their counterparts who only attended high school. Many white-collar jobs require a bachelor’s degree, and earning one can still be a point of pride for individuals and their families. But earning a degree can be a time-consuming and expensive process, one that more Americans question the value of. 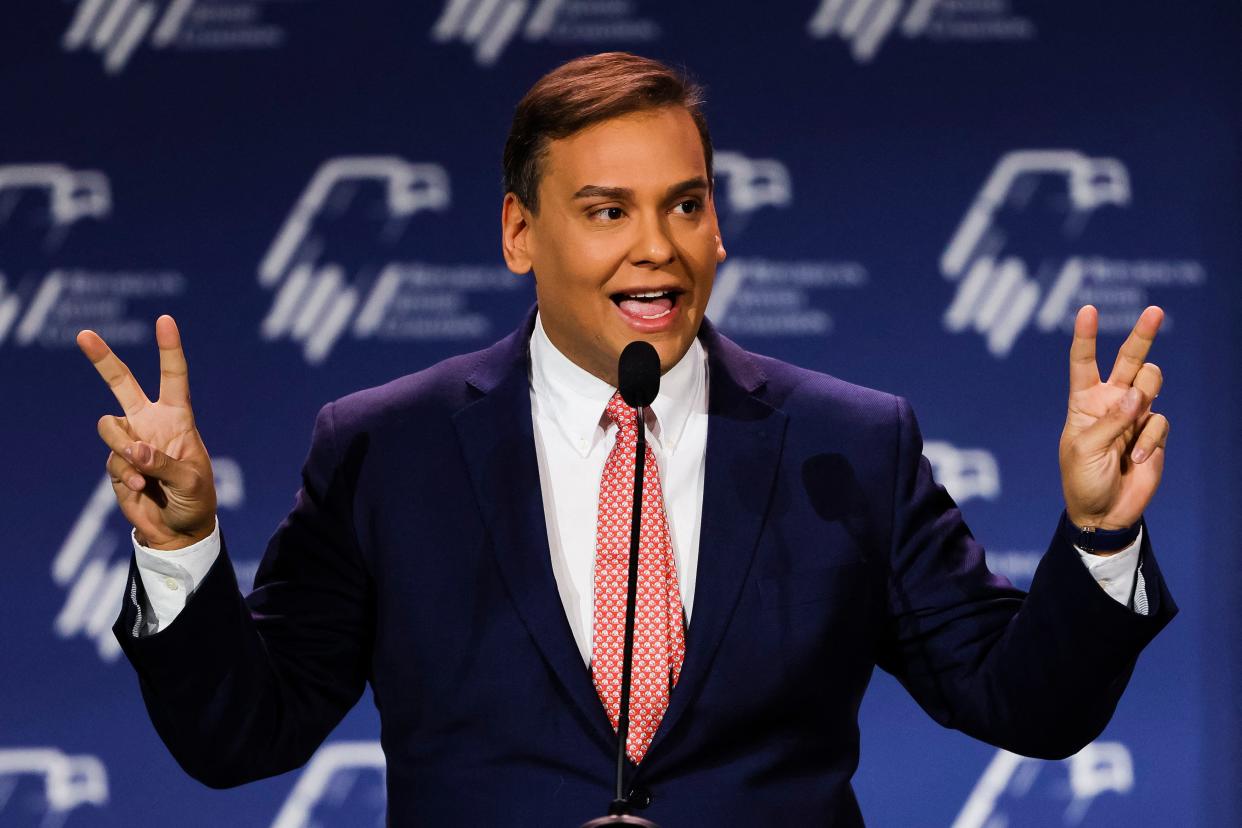 Have other people lied about their degrees?

Many Americans have gotten in trouble for misrepresenting their achievements, including high-profile business leaders, academics and, yes, politicians.

In 2012, Scott Thompson resigned from his post as CEO of Yahoo when it was revealed he hadn’t earned a degree in computer science despite saying he had on his resume. And David Tovar, a former vice president of communications at Walmart, was ousted in 2014 after being with the company for nearly a decade for saying he had earned a degree he had not.

In the academic world, a business school dean, Mario Enzler at the University of St. Thomas in Texas, resigned earlier this year after it came to light that he had misrepresented the degrees he had earned, according to a CBS affiliate. And Marilee Jones, a former dean of admissions at the Massachusetts Institute of Technology, resigned from her post in 2007 after nearly three decades when it came out that she had not been truthful about the degrees she earned.

More recently, Georgia Senate candidate Herschel Walker claimed to earn a degree from the University of Georgia despite never graduating from the institution, according to the Atlanta-Journal Constitution.

Employers have a variety of tools to verify if applicants have actually earned their degrees. They could use a service such as Degree Verify from the National Student Clearinghouse, or they could hire a company that vets applicants’ backgrounds.

In many cases, hiring managers can reach out directly to university staff, who can offer some basic information about a past student, including if and when they attended the institution and if the personearned a degree. Federal privacy laws generally prevent colleges from sharing more specific information, including grade point averages.

It’s unclear how many employers are verifying their applicants’ educational backgrounds. Intelligent, an online guide to college, commissioned a survey this year of 1,250 people in senior management roles that found only about half of employers always check their employees’ academic credentials. The same survey found a quarter of those queried never do.