A five-year-old girl has died after being bitten by a snake in her dad’s home which was reportedly filled with 40 serpents.

Footage shows the reptiles being removed after one attacked the child at the property in Bihar, India.

She was rushed to North Dinajpur Raiganj Hospital, but doctors were unable to save her.

A search for the snake was launched, with a charmer later finding 40 of them in the house, local reports say.

They were all caught to be released into a nearby forest.

A video shows a large crowd gathering to watch as one was put into a sack for removal.

Another clip sees roughly five snakes tangled up together inside a container. 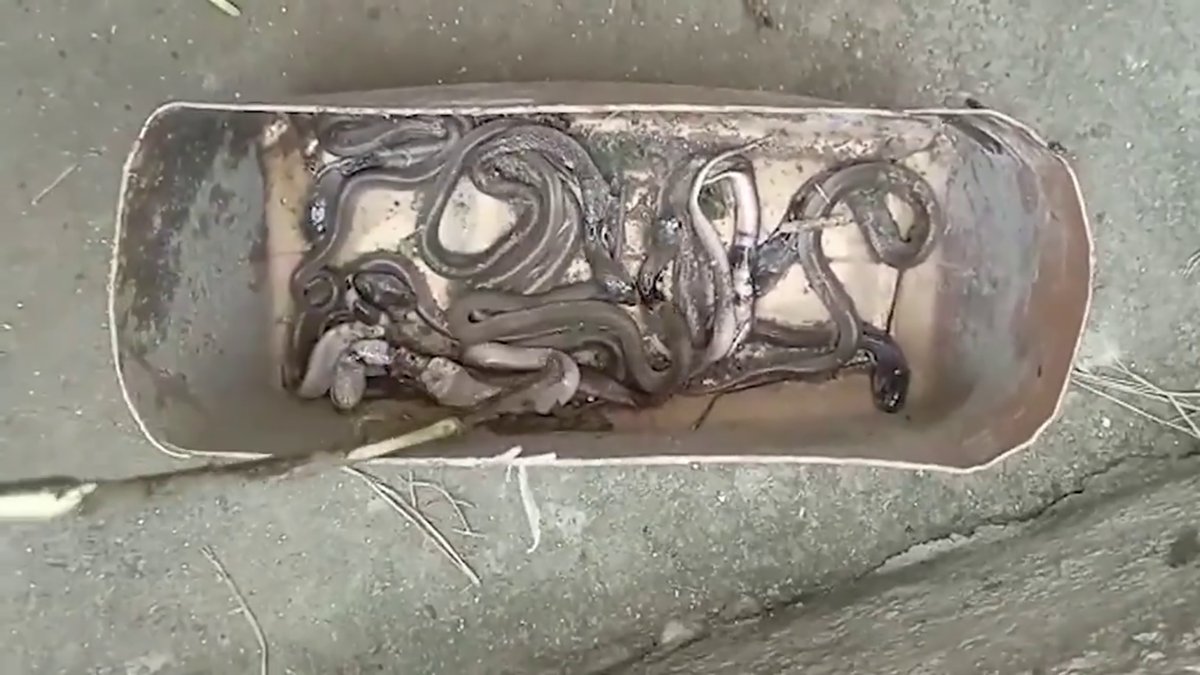 The tragedy comes after a schoolboy, 8, almost died after being bitten by an adder on a beach in Norfolk earlier this year.

Jake Closier, 8, was left vomiting, with his hand hand swelling to ‘five times the normal size’ and his veins shrinking from the venom.

Another girl, 8, from near Birmingham, was rushed to hospital after being bitten by an adder during a family picnic in April.