Police are investigating after a video which appears to shows a screaming girl being pinned down while getting her ears pierced at a busy shopping centre.

The footage – which shows a young girl screaming ‘get off’ – was filmed at the Meadowhall shopping centre, in Sheffield, on Sunday afternoon and has been widely shared on social media.

South Yorkshire Police said it is investigating the incident, which took place in the Lovisa store, and has traced the owner of the footage.

The video shows a young girl being held down by two women, while a third woman attempts to pierce her ears.

The girl, who is red in the face, can be heard screaming ‘get off me’ and ‘ow, ow, ow’ as the two adult women attempt to restrain her.

Police are investigating after a video shows two women restraining a young girl, before a third woman pierces her ears 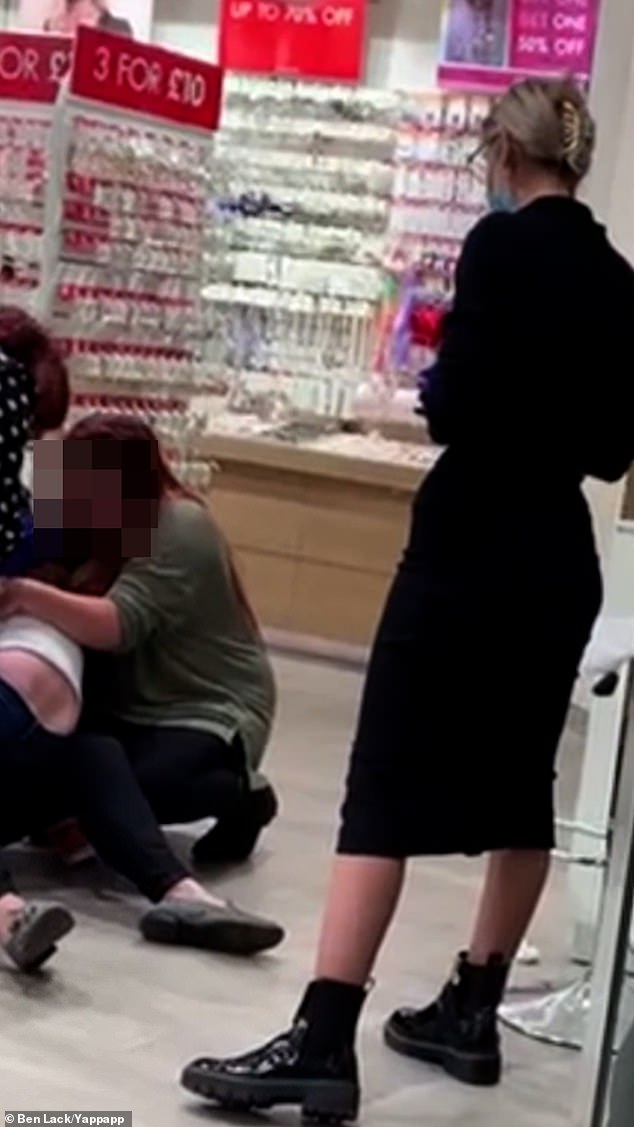 The young girl can be heard screaming ‘get off me’ and ‘ow, ow, ow’ before her ears are pierced in the Lovisa store, in the Meadowhall shopping centre, Sheffield

The third woman, who appears to be a member of staff wearing blue disposable gloves, approaches the young girl with a piercing gun as the child pleads ‘no, no’. She leans over the girl and appears to pierce one of her earlobes.

A fourth woman, who also looks like a member of staff, stands by and observes the incident.

As the clip continues, the young girl appears to calm down before the member of staff returns to pierce the girl’s second lobe.

After the procedure, the member of staff says ‘all done’, and the young girl again screams out and continues crying.

The footage was posted on to social media by the mother of a 14-year-old girl who filmed the incident.

She said the clip was ‘just a fraction’ of the whole incident, which she said lasted for around ten minutes.

Posting the clip on Monday, she added: ‘Meadowhall – absolutely disgusting behaviour from your staff yesterday afternoon in your Lovisa store.

‘Advising grandmother and mother of a young girl how to restrain her and hold her down so they could pierce her ears despite her screaming and pleading.

‘The poor child fought until she ended up on the ground. Your staff should have refused to be part of this.

‘This is abuse. Thankfully, my 14 year old daughter recorded this as evidence upon hearing me state I was reporting them. 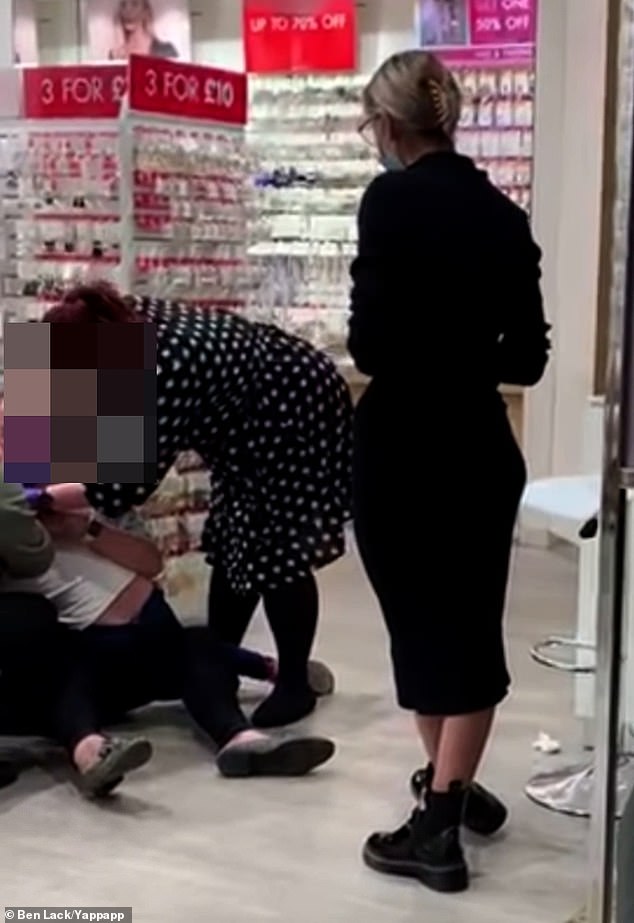 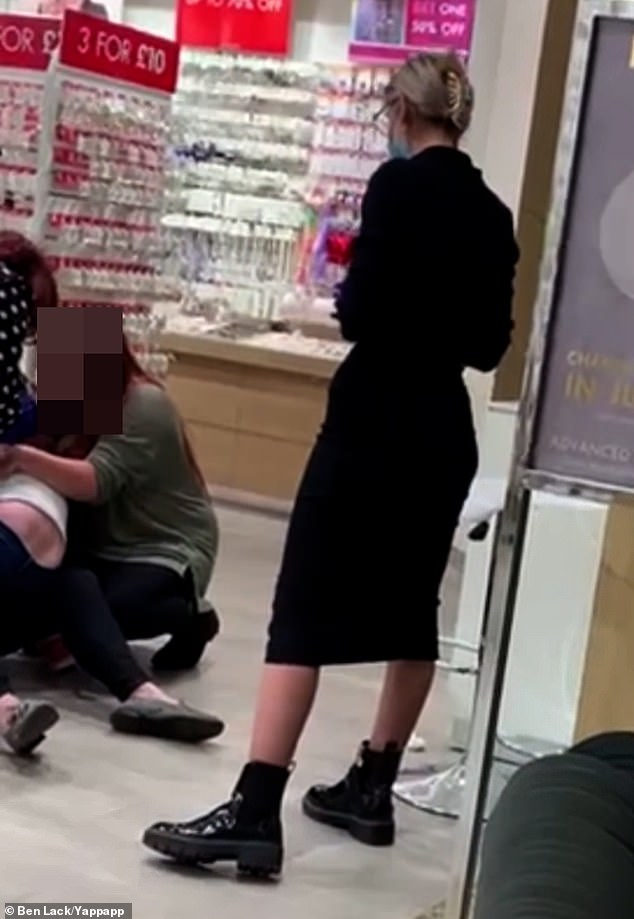 A spokesperson for Meadowhall said: ‘Our team picked this up with Lovisa as soon as the footage was brought to our attention and we are working closely with both Lovisa and the police.’

South Yorkshire Police said it was ‘aware of a video circulating on social media of a child having their ears pierced’ at a store in Meadowhall.

PC Craig Crew of the Meadowhall policing team, said: ‘We have watched this footage and understand why many viewers find it concerning. My team and I are now carrying out enquiries with the staff at the store to understand the full circumstances of what happened.

‘I am really keen to trace the owner of the footage, so if this is you, or you know who it is, please get in touch.’

Police asked anyone with information to call 101 quoting incident number 1009 of 18 October.