The arrest of Ukraine-born Lev Parnas and Belarus-born Igor Fruman at an airport outside Washington carrying one-way tickets to Vienna was the latest dramatic development in a political saga that threatens Trump’s presidency.

Prosecutors said Parnas and Fruman conspired to contribute foreign money including at least $1 million from an unidentified Russian businessman to candidates for federal and state offices to buy influence. They donated $325,000 to a pro-Trump political action committee called America First Action in May 2018, and the money was falsely reported as coming from a purported natural gas company set up to conceal its true source, according to the indictment.

A fast-moving Democratic-led House of Representatives impeachment inquiry is centered on the Republican president’s request in a July phone call for Ukrainian President Volodymyr Zelenskiy to investigate Biden, the former vice president and a top contender for the 2020 Democratic presidential nomination.

Democrats have accused Trump of pressuring a vulnerable foreign ally to dig up dirt on a domestic political opponent for his own political benefit.

Giuliani has said Parnas and Fruman helped his efforts in Ukraine to investigate Biden and Biden’s son Hunter. The younger Biden had served as a director of a Ukrainian energy company.

The two men were each charged by federal prosecutors in New York with two counts of conspiracy, one count of false statements and one of falsification of business records. U.S. law prohibits foreign donations in American elections.

Parnas and Fruman were trying to buy political influence to help them set up recreational marijuana businesses, prosecutors said. They also said Parnas played a role in a successful effort to have Trump remove the U.S. ambassador to Ukraine.

“Protecting the integrity of our elections, and protecting our elections from unlawful foreign influence, are core functions of our campaign finance laws,” U.S. Attorney Geoffrey Berman told reporters in New York. “And as this office has made clear, we will not hesitate to investigate and prosecute those who engage in criminal conduct that draws into question the integrity of our political process”

Berman served on Trump’s transition team after Trump was elected president to prepare for taking office in January 2017.

The indictment said Parnas and Fruman falsely claimed the company, called Global Energy Producers or GEP, which was making the political donations, was “a real business enterprise” and that “its major purpose is energy trading, not political activity.” In fact, the company had no real business, the indictment added.

The two were arrested at Dulles airport in Virginia on Wednesday night, prosecutors said.

Parnas and Fruman made their initial court appearance in Alexandria, Virginia, with another court date set for next Thursday. They were being represented in the court appearance by lawyers for Trump’s former campaign chairman Paul Manafort, who is serving prison time after being convicted last year in Mueller’s investigation.

Federal Magistrate Judge Michael Nachmanoff imposed a lengthy, strict set of conditions that Parnas and Fruman must meet to be released including each posting $1 million bond and being placed on GPS monitoring in home detention. The prosecution called the men a flight risk.

Giuliani did not immediately return a request for comment. Last week, he told Reuters: “Parnas and Igor helped me on certain things. They helped me with logistics. They know the Ukraine, they speak Russian. They helped me locate people in a few cases.”

Jay Sekulow, a lawyer for the president, told Reuters that “neither the president nor the campaign was aware of their scheme,” referring to the defendants.

Trump has denied wrongdoing and has described the impeachment probe as a partisan smear.

Both men were expected to figure in the House impeachment drive and had been asked to produce documents and give testimony. Parnas had been scheduled to take part in a deposition with House lawmakers on Thursday, with Fruman scheduled on Friday. Dowd had called the lawmakers’ demands “unreasonable.” House Democrats on Thursday issued subpoenas for the men to hand over the documents and testify at a later date. 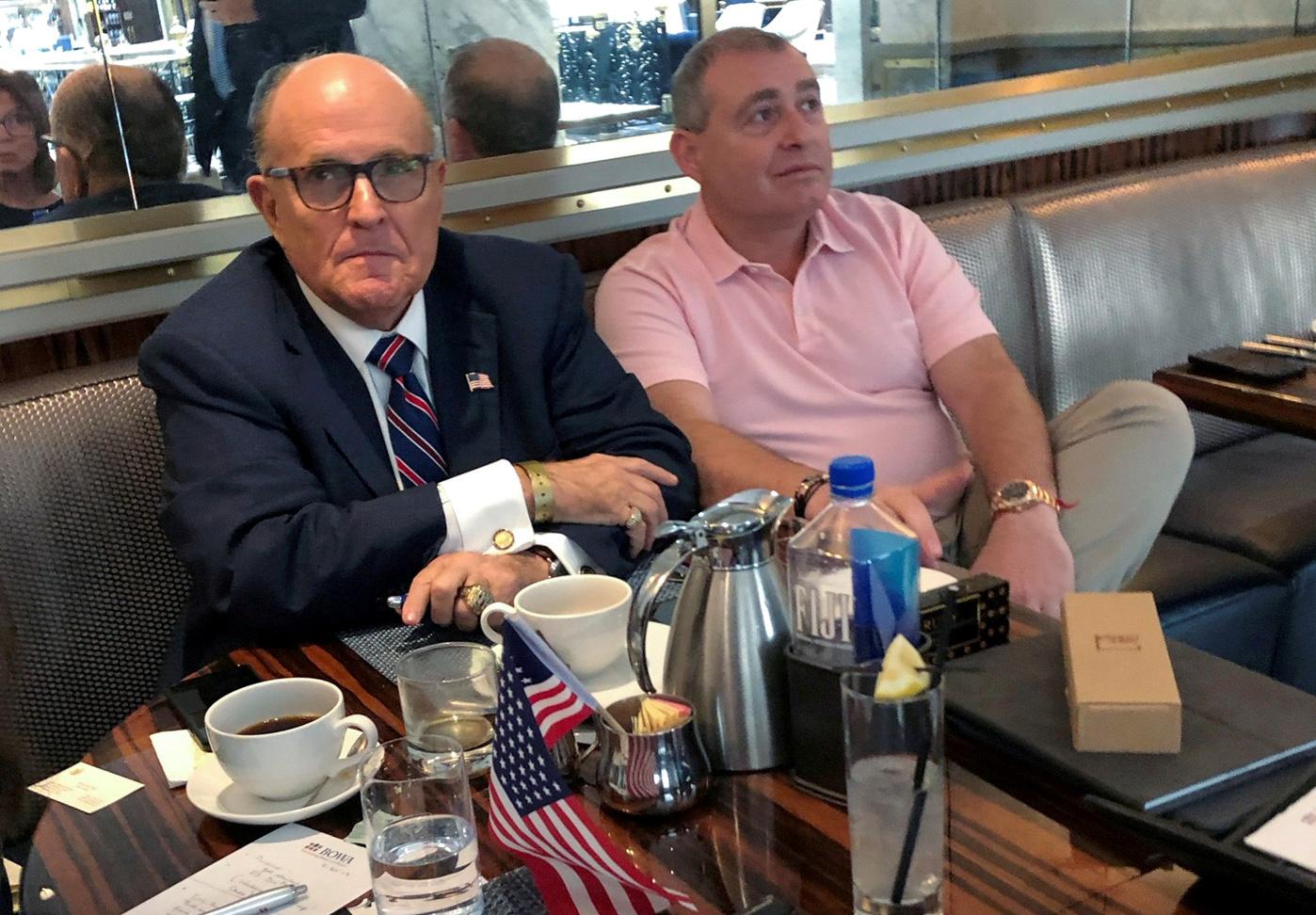 According to the indictment, Parnas also sought the help of a U.S. congressman – identified by a person familiar with the matter as Republican Pete Sessions – to get Trump to remove U.S. ambassador to Ukraine Marie Yovanovitch. Trump eventually did remove Yovanovitch and called her “bad news” in his July 25 call with Zelenskiy.

Giuliani told Reuters last week he had provided information to both Trump and the State Department about Yovanovitch, who he suggested was biased against Trump. Yovanovitch is scheduled to give testimony in the House impeachment inquiry on Friday.

Sessions lost his House seat from Texas last year to a Democrat. He did not immediately respond to a request for comment.

In another development, House Democrats issued a subpoena for a member of Trump’s Cabinet, U.S. Energy Secretary Rick Perry, for documents over any role he may have played in Trump’s effort to get Ukraine to investigate Biden.

Prosecutors said Parnas, Fruman and others also conspired to funnel donations to candidates in Nevada, New York and other states to benefit a planned marijuana business funded by an unnamed Russian businessman.

Two other people were charged in the indictment: David Correia, a U.S. businessman, and Andrey Kukushkin, a Ukrainian-born U.S. businessman who was a vice president of a Russian hedge fund before becoming involved in several marijuana-related businesses in California.

“I don’t think we know too much” about the investigation, Parnas said, but added that it had to be political. “When you have the heads of the Democratic Party not liking you, it’s very easy to get the FBI involved.”

Parnas said any violations of U.S. Federal Election Commission rules were unwitting and a “clerical thing” because he was not an experienced political donor. Parnas said he was not trying to hide the source of the $325,000 donation.

Kelly Sadler, a spokeswoman for America First Action Political Action Committee, confirmed the pro-Trump group received the $325,000 contribution mentioned in the indictment. Sadler said the organization “placed that contribution in a segregated bank account,” and it has not been used “for any purpose.” 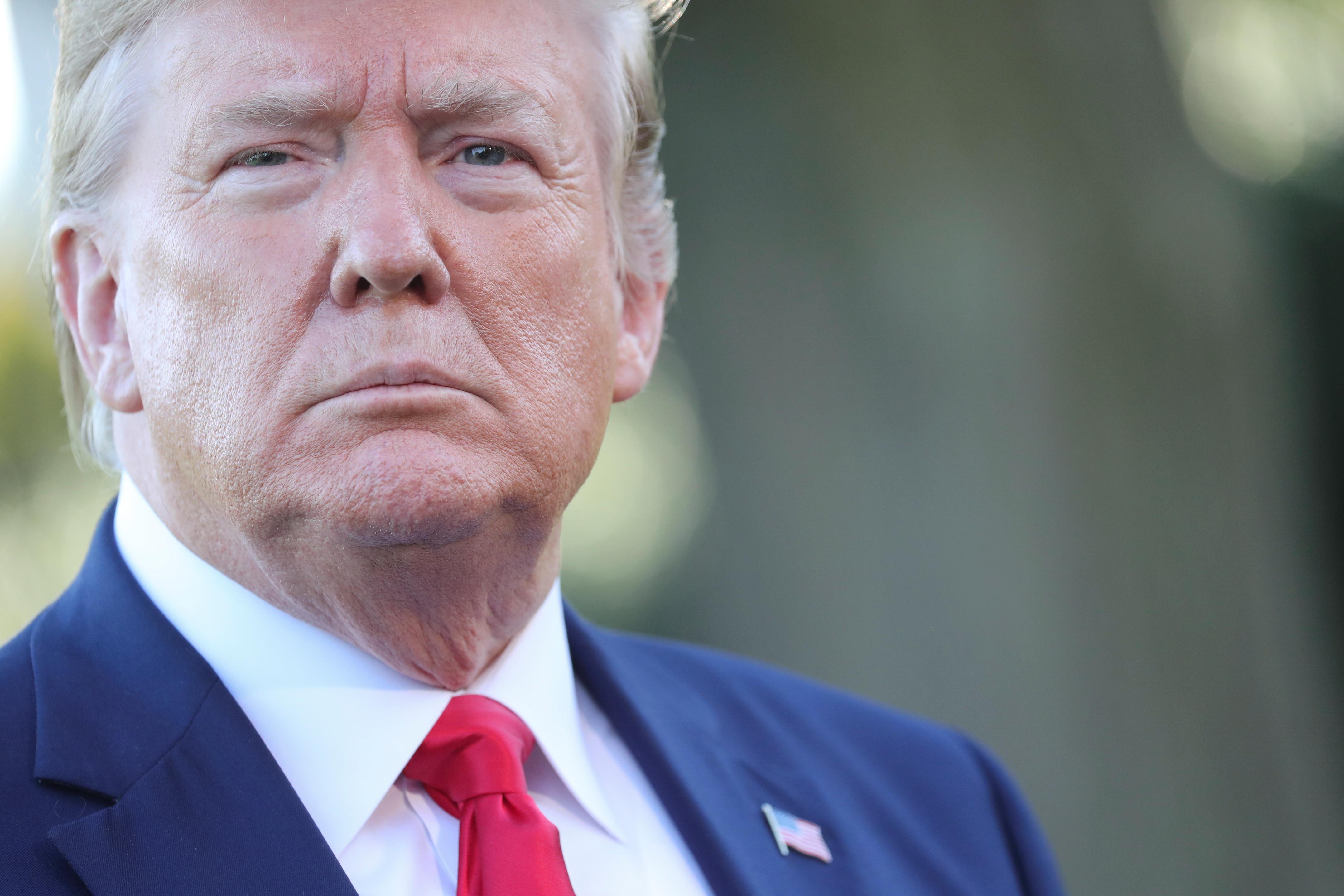 “Giuliani’s been involved up to his neck in this entire mess. He has an obligation to testify under oath so he can be asked questions and so this can come to light,” Schumer told reporters.