A couple of Good Samaritans in Brazil made sure a handbag thief did not escape and beat him down two weeks ago, images from a street surveillance camera showed.

Video from a building security camera showed a woman walking down Bernardino de Campos Avenue in Santos, a coastal town in Sao Paulo, when a man pulled up on his bicycle and snatched her large-sized purse.

The incident took place the evening of October 31.

The victim was pushed towards the ground in the street lane and then got back on her feet.

As she looked at the assailant in a state of shock, a man jumped out of a car and charged at the suspect. 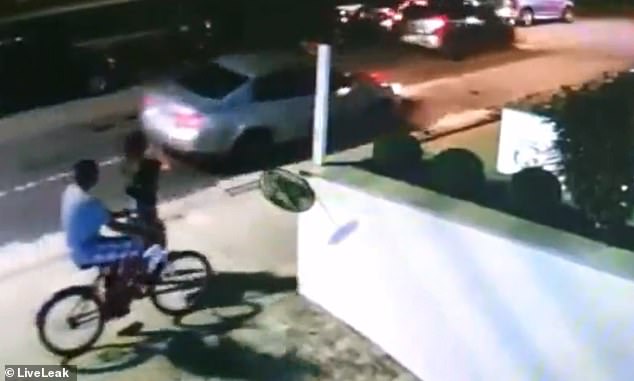 Surveillance camera captures the moment a man pedaled up to a woman in Sao Paulo, Brazil, before he mugged her October 31 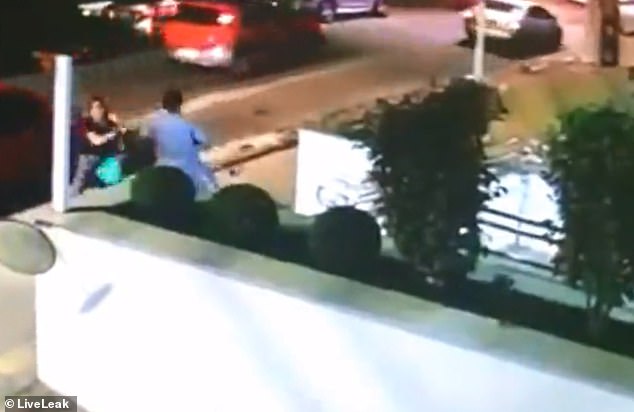 Both he and the woman then wrestled the handbag snatcher to the ground before another male Good Samaritan stepped out of the driver’s seat to help out.

Several other men joined in, including the driver of a vehicle who had suddenly stopped his car sideways upon noticing the commotion. 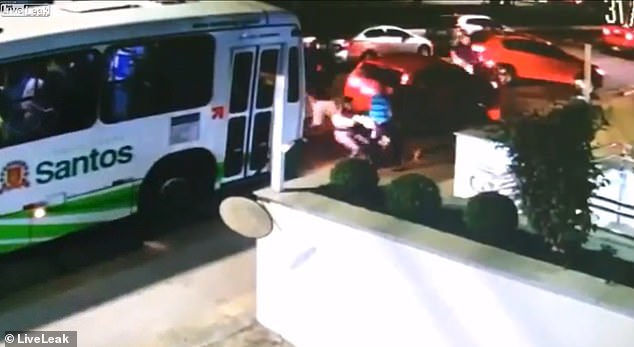 Several men jumped to rescue a woman during a mugging that was recorded by a security camera October 31 in Santos, a coastal town in the Brazilian state of Sao Paulo