Former President Donald Trump is pressing on with another bid for the White House.

But Trump can't yet count on the financial support of some wealthy backers who once stood in his corner.

At least three billionaire mega-donors to the Republican party have already distanced themselves from his 2024 campaign, with one prominent benefactor not even waiting for Trump's announcement to throw cold water on the former president's prospects.

At the start of the week, Trump drew the ire of hedge fund Citadel’s billionaire founder and CEO Ken Griffin, a prominent GOP donor.

Griffin called Trump a "three-time loser" at the Bloomberg New Economy Forum in Singapore on Tuesday, just hours before Trump officially entered the presidential race in a Tuesday evening announcement. The Citadel chief executive said the former president should step aside for fresh faces like Florida Governor Ron DeSantis, who has yet to announce a formal run but is widely expected to enter the race.

While Griffin’s only donation to Trump was a $100,000 check to his inaugural committee in 2017, the hedge funder has previously embraced some Trump policies, including public praise of the administration's economic efforts and its less restrictive regulatory approach.

A day later, Trump's Wall Street ally Stephen Schwarzman, the founder and CEO of private equity giant Blackstone, said he will not back the former president. 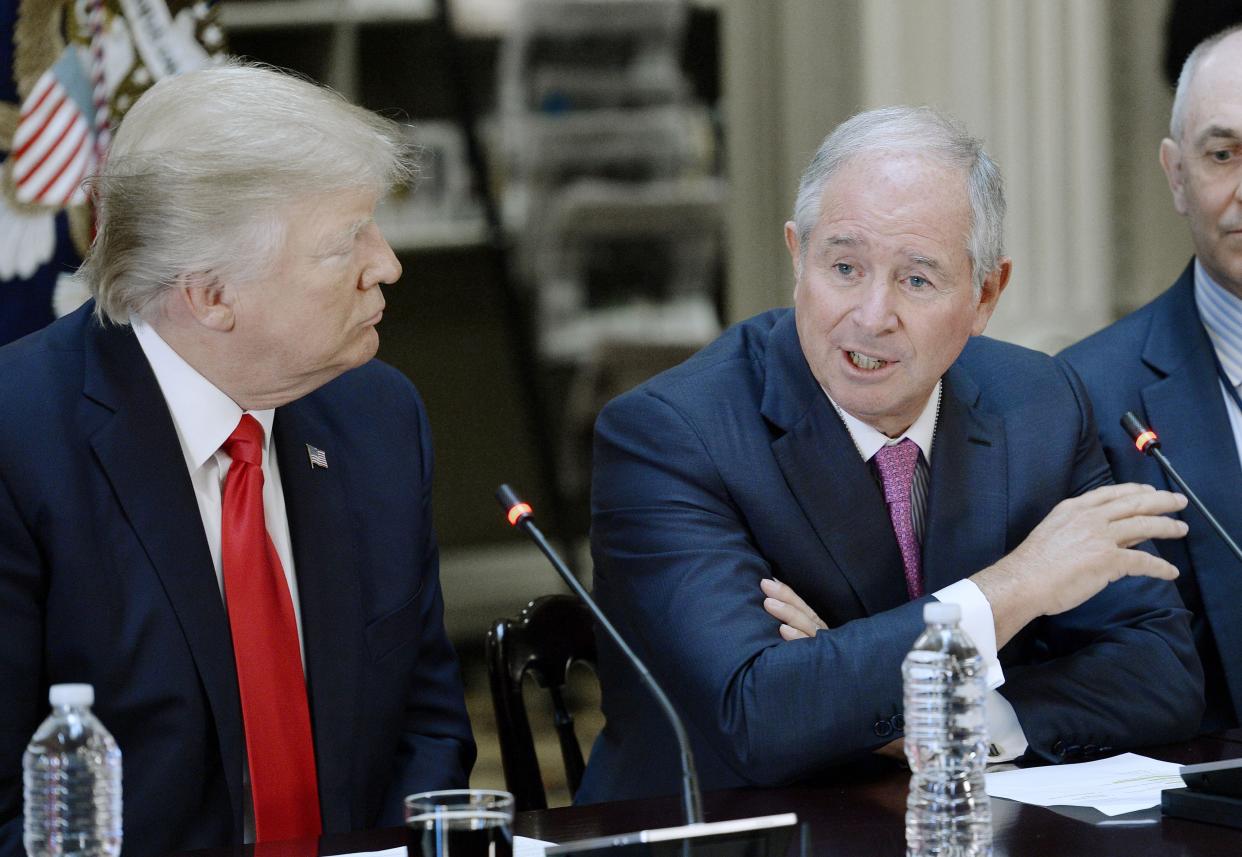 “America does better when its leaders are rooted in today and tomorrow, not today and yesterday,” Schwarzman said in a statement Wednesday, first reported by Axios. “It is time for the Republican party to turn to a new generation of leaders and I intend to support one of them in the presidential primaries.”

Longtime Trump pal Ronald Lauder, the son of Estée Lauder and heir to the cosmetic fortune, also said he will not back Trump's White House run, CNBC reported Wednesday.

Defections from from the three billionaires deal a symbolic blow to Trump’s early re-election efforts given their public influence as two of the GOP’s biggest political donors.

Leading up to the midterm elections, Griffin was the third-largest donor in this year’s political cycle, shelling out more than $68 million to Republican efforts, according to OpenSecrets, the nonprofit organization tracking spending on campaigns and lobbying. Schwarzman allotted more than $35 million to the party over 2022.

Other billionaire donors to the GOP that could follow suit in breaking from Trump’s run include shipping conglomerate Uline founders Richard Ellis Uihlein and Elizabeth Uihlein, options trader Jeffrey S. Yass, and Oracle co-founder Larry Ellison, whose donations to Republican efforts this year totaled about $81 million, $44 million and $31 million, respectively.

Click here for the latest stock market news and in-depth analysis, including events that move stocks

Download the Yahoo Finance app for Apple or Android