Grandfather, 68, discovers WWII bomb shelter under the lawn in his 1920s Wolverhampton semi after living there for FORTY years – and transforms it into a BAR

A grandfather discovered a World War Two air raid shelter at the home he has lived in for the past 40 years after he inspected a manhole cover in the garden.

Khandu Patel, 68, lifted the manhole cover in the garden of his home in Wolverhampton while gardening.

The semi-detatched house was built in the 1920s and a previous owner had excavated a large air raid shelter in the garden. 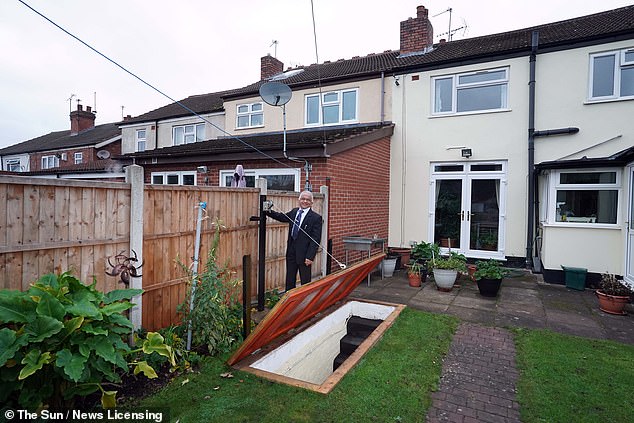 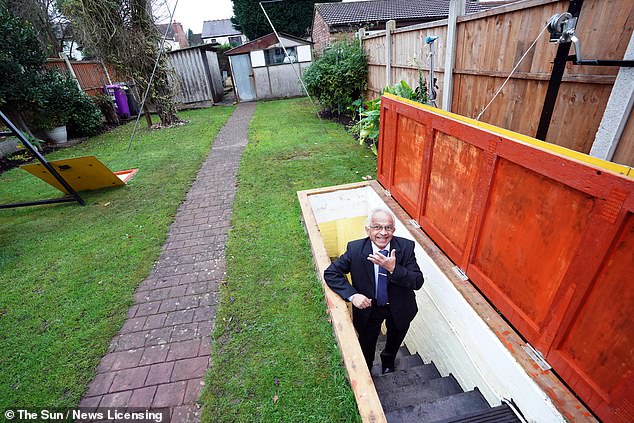 The manhole cover, pictured left, would have acted as an escape route if the stairs, pictured, were destroyed by an aerial bomb

He told The Sun: ‘I’d always wondered why the manhole cover was there. During lockdown me and a friend decided to lift it up. Under it was concrete.

‘We started digging and it became apparent it was a staircase. It was amazing seeing all the steps exposed.’

Soon, Mr Patel and his friend had excavated a set of stairs which went 10 feet under his garden.

He added: ‘We reckon most of the street would have used it during the war. It could probably have got 40 people inside cramped. We’re turning it into a bar. It’s going to be where we can relax and when allowed, have family over.’

Since uncovering his shelter, Mr Patel has painted the walls and installed a table and some lights.

The shelter was made from brick and concrete. The man room is accessed 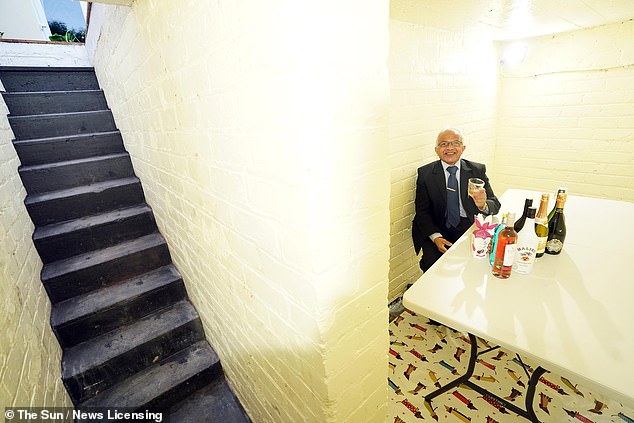 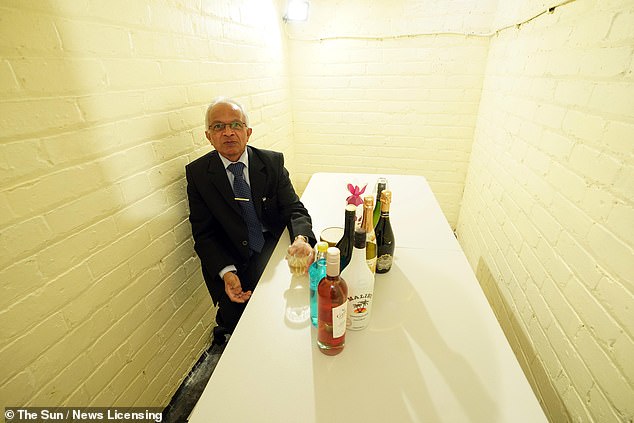 Mr Patel, pictured, said he would like to invite friends and families to enjoy his subterranean bar – once Covid-19 restrictions are eventually lifted