A grandmother is at her wits’ end after being terrorised by a clan of grave-robbing badgers that has been dumping human remains onto her flowerbeds for more than a year – and she is powerless to act against the protected species.

Ann Mathers, 88, was ‘scared to death’ when she first noticed a human skull among the plant pots in her garden in Dudley, West Midlands, last July.

She immediately called police and her home of more than 60 years was swiftly sealed off and treated as a potential crime scene – before the true culprits were sniffed out.

It soon emerged that a cete of badgers were dragging the grisly remains – including jaw bones and femurs – from the graveyard at the Providence Baptist Church, which backs onto Ms Mathers’ home.

The critters are able to access the graveyard via a public footpath running between the cemetery and Ms Mathers’ house – and since they are a protected species, there is not much the grandmother can do to halt their macabre activities.

The family have appealed to Dudley Metropolitan Borough Council for help but they can only relocate the badgers when this year’s breeding season is over. 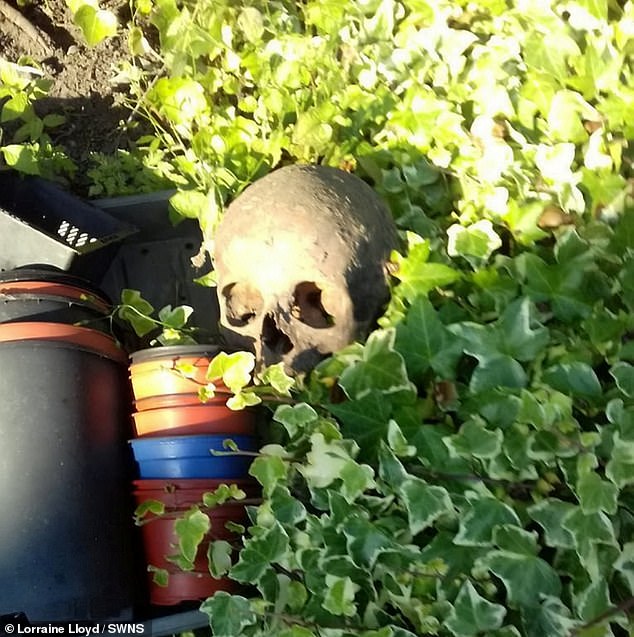 Ann Mathers, 88, was ‘scared to death’ when she first noticed a human skull among the plant pots in her garden in Dudley, West Midlands, last July (pictured) 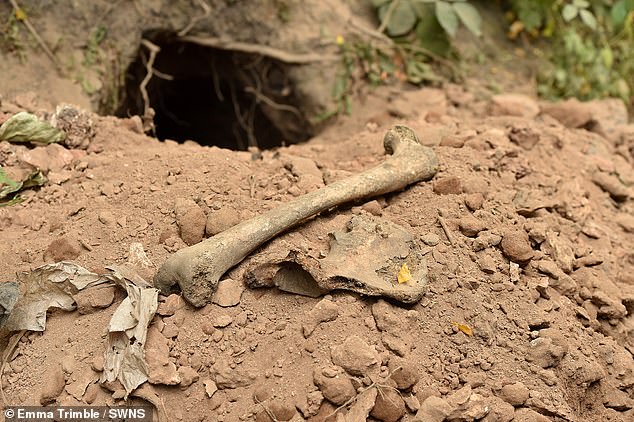 It soon emerged that a cete of badgers were dragging the grisly remains – including jaw bones and femurs (pictured) – from the graveyard at the Providence Baptist Church, which backs onto Ms Mathers’ home 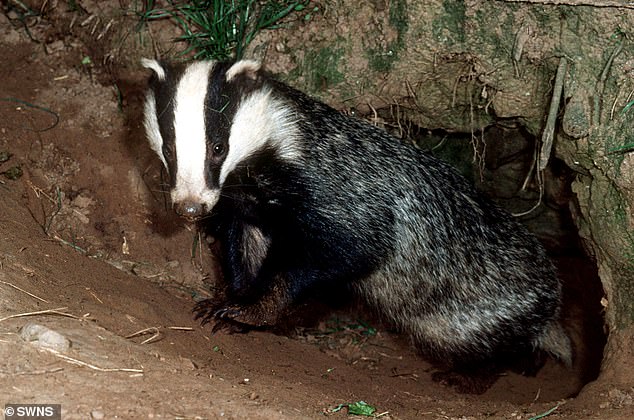 The critters are able to access the graveyard via a public footpath running between the cemetery and Ms Mathers’ house – and since they are a protected species, there is not much the grandmother can do to halt their macabre activities (stock image) 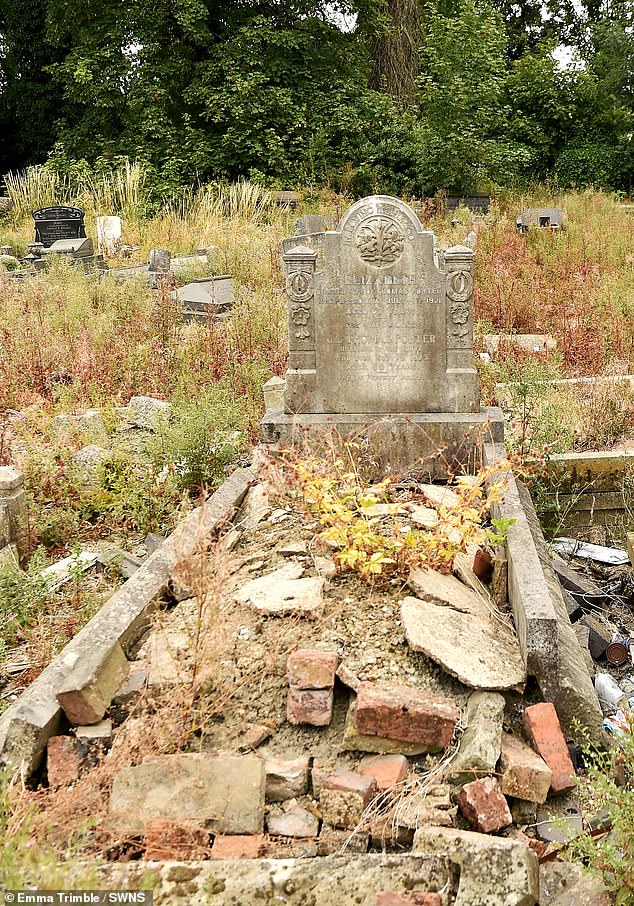 Ann’s daughter Lorraine Lloyd, 60, said: ‘This problem has been going on for a year now and my mum is just sick of it.

‘The badgers are tunnelling under the graves and when they come across one which has collapsed they drag the bones out and dump them in mum’s garden.

‘They are basically fly-tipping human remains all over my mum’s lawn and there’s nothing we can do about it.’

Lorraine, a civil servant, added: ‘I was on holiday when my mum called me in hysterics saying she’d found a human skull in the bushes. 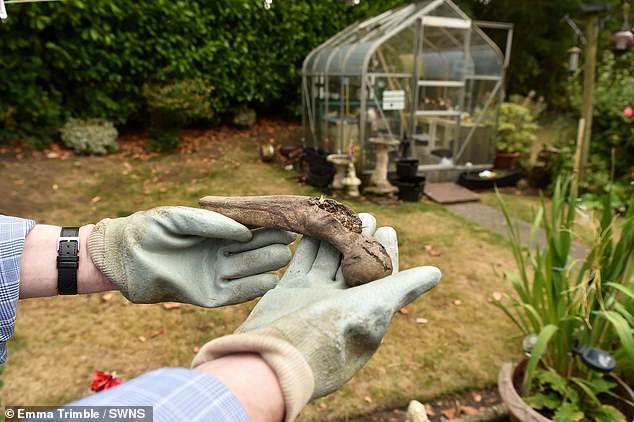 Ms Mathers is ‘sick of’ finding human remains (bone pictured) in her garden. Badgers have been repeatedly dumping bones there for more than a year 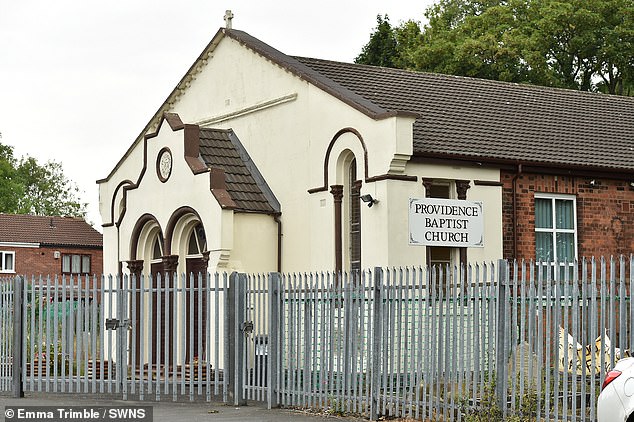 Ms Mathers’ home backs onto the Providence Baptist Church, which is home to a cemetery

Badgers are protected and so are the setts (burrows) they live in. Under the Protection of Badgers Act 1992, in England and Wales (the law is different in Scotland) it is an offence to:

But there are exceptions. Licences to undertake some actions can be issued if it’s justified, for example where a badger sett is found on a proposed site for a road or housing development.

Bulldozing a sett in the way of a new road would risk killing or injuring the badgers, so Natural England or Natural Resources Wales may grant a licence allowing the badgers to be carefully excluded, making them move elsewhere in their territory.

‘I didn’t know what on earth was going on but when I went over there I couldn’t believe my eyes.

‘There were human remains everywhere. We called police and they sealed it off as a crime scene.

‘I don’t know if they thought it could be a possible murder victim but pretty soon they found lots of holes in the garden where the badgers had been digging through.’

Lorraine, who has three children and also lives in Dudley, said her mother has found numerous bones over the last 12 months.

She said: ‘Behind my mum’s house is a gully and then it’s the graveyard. One night she came down and found seven badgers on her lawn.

‘She just wants the badgers gone but apparently the council can’t move them until the breeding season is over.

‘It must be very distressing for people if they found their relatives remains were being dug up.’

Councillor Shaz Saleem, cabinet member for highways, said: ‘As badgers are a protected species, we are in the process of obtaining the services of a qualified ecologist to help us further.’

Councillor Adam Aston, who represents the Woodsetton Ward, said: ‘I work as a paramedic so I’m not easily shocked, but the sight of so many human remains within the public right of way and in people’s back gardens stopped me in my tracks.

‘I hope urgent work can now be undertaken to strengthen the boundary with the churchyard and prevent any further burrowing into the public area.

‘We completely understand that badgers have a protected status in law, particularly in the breeding season and the council finds itself in a difficult position but we hope this disrespectful situation can be resolved and the right of way re-opened for public use, it is quite distressing for our constituents.’