Hairdresser, 32, is desperate to track down the father she has never met as she hopes for life-saving bone marrow transplant

A Warwickshire hairdresser is desperate to track down the father she has never met as she hopes for a life-saving bone marrow transplant.

Ms Langdale, who lives in Rugby, is now in need of blood and platelet transfusions every 28 days, with doctors saying she urgently requires a bone marrow transplant before it gets worse. 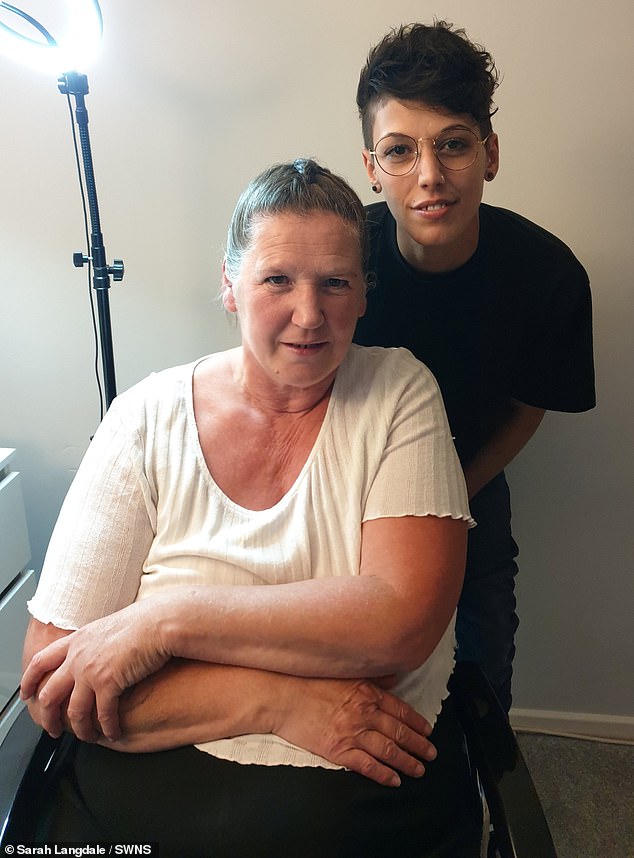 Sarah pictured with her mother, Lorraine, who says she met the man near the family home in Northampton in 1988

However, none of her family are a match and she is now trying to track down her estranged father in the hope she has half-siblings who could donate marrow.

All she knows, though, is that he lived near her childhood home in Northampton when she was born three decades ago.

Her mother, Lorraine, met the man near the family home in 1988, but she is now unsure of his name.

Sarah, a barber, said: ‘It’s quite something searching for your dad, and very emotional when doing so could save your life.

‘I’ll die without the transplant, but I know virtually nothing about my dad, and I’m relying on someone seeing my story and coming forward with information.

Sarah was diagnosed with SAA aged two, but her symptoms worsened as a result of the coronavirus pandemic.

She was rushed to hospital because a period would not stop in March 2019. 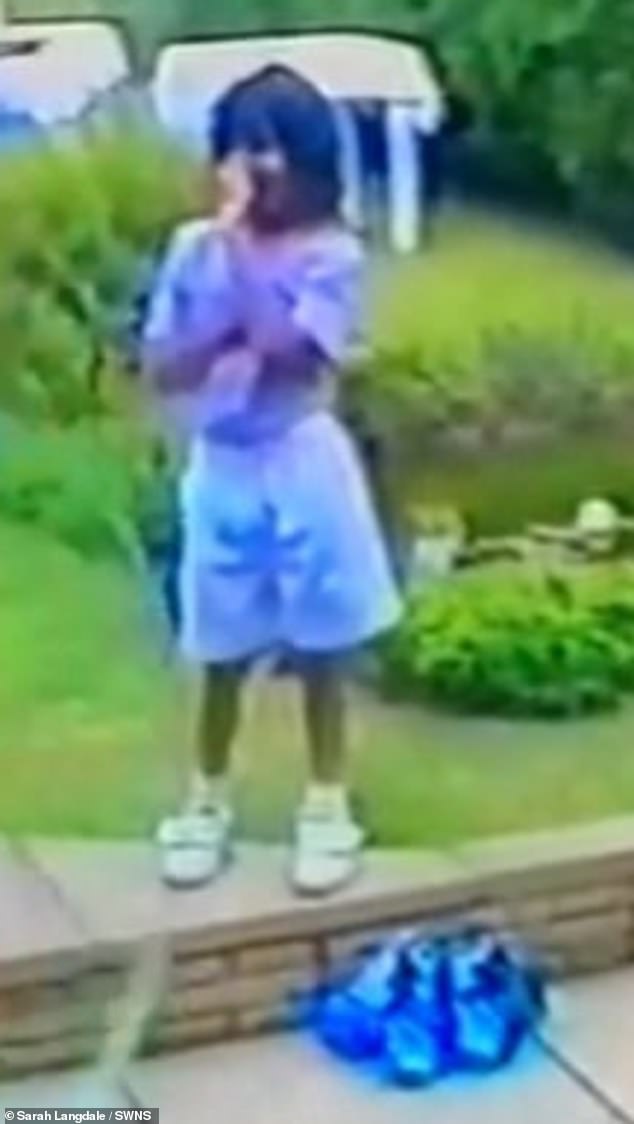 Sarah pictured as a young girl. She was diagnosed with severe plastic anaemia aged two, but her symptoms worsened as a result of the coronavirus pandemic

Sarah’s mother, Lorraine, pictured in the 1980s when she met the hairdresser’s father in the Northampton area

Bruises turn black if Sarah takes the smallest knock and bleeding does not stop when she has a cut or period, she explained.

She receives three units of blood every 28 days and takes medicines to stop her period.

What is aplastic anaemia?

Aplastic anaemia is a serious condition that affects the blood, where bone marrow and stem cells fail to produce a sufficient number of blood cells. The condition is also known as bone marrow failure and can happen suddenly or slowly develop over a period of time.

The condition is very rare, with only around 30 to 40 children diagnosed with the disease each year. It is not believed to affect a particular race and affects males and females equally.

Aplastic anaemia can be inherited, but it can also develop for unknown reasons.

The most common symptoms is bruising. A child may bruise easily without having fallen. This is caused by the low number of platelets in their blood stream, which reduce the blood’s ability to clot. A child with plastic anaemia may also bleed after brushing their teeth or have nosebleeds.

Sarah also suffers from extreme fatigue and heart palpitations, and explained that her medications give her headaches, sickness, depress her immune system and affect her liver and kidneys.

Sarah’s mum and one of her siblings have each provided her with a 50 per cent bone marrow match, but she hopes for better chances with her father.

If he does not come forward, though, Sarah will require new medication which could damage her liver.

If the medication does not work, either, then her last resort will be to use mother Lorraine or a sibling as a donor – carrying a smaller chance of survival.

Sarah says doctors at King’s College Hospital in London and Coventry and Warwick Hospital have explained the transplant would give her a ‘new normal’.

They say it would allow her to live with without all her previous treatments.

Sarah, who described herself as having ‘tanned skin’, does not share a biological father with any of her brothers and sisters John Langdale, 37, Sophie Lovatt, 35, Ben Bodek, 24, and Page Wright, 20.

She added that her mother does not know anything about her biological father.

There is a small chance, around one per cent, that a parent may be a close match with their child and can be used in the same manner as a matched sibling.

However, a brother or sister is most likely to be a match – equivalent to a 25 per cent chance.

Sarah said: ‘The transplant wouldn’t just save my life, it would give me normal energy levels.

‘I don’t know what that feels like. I’m young and I just want to go out and live my life, but I can’t.