HALLOWEEN revellers donned their scariest outfits as they hit pubs and clubs on the spookiest weekend of the year.

Thousands of party-goers are heading out on the town in full fancy dress tonight to mark the occasion. 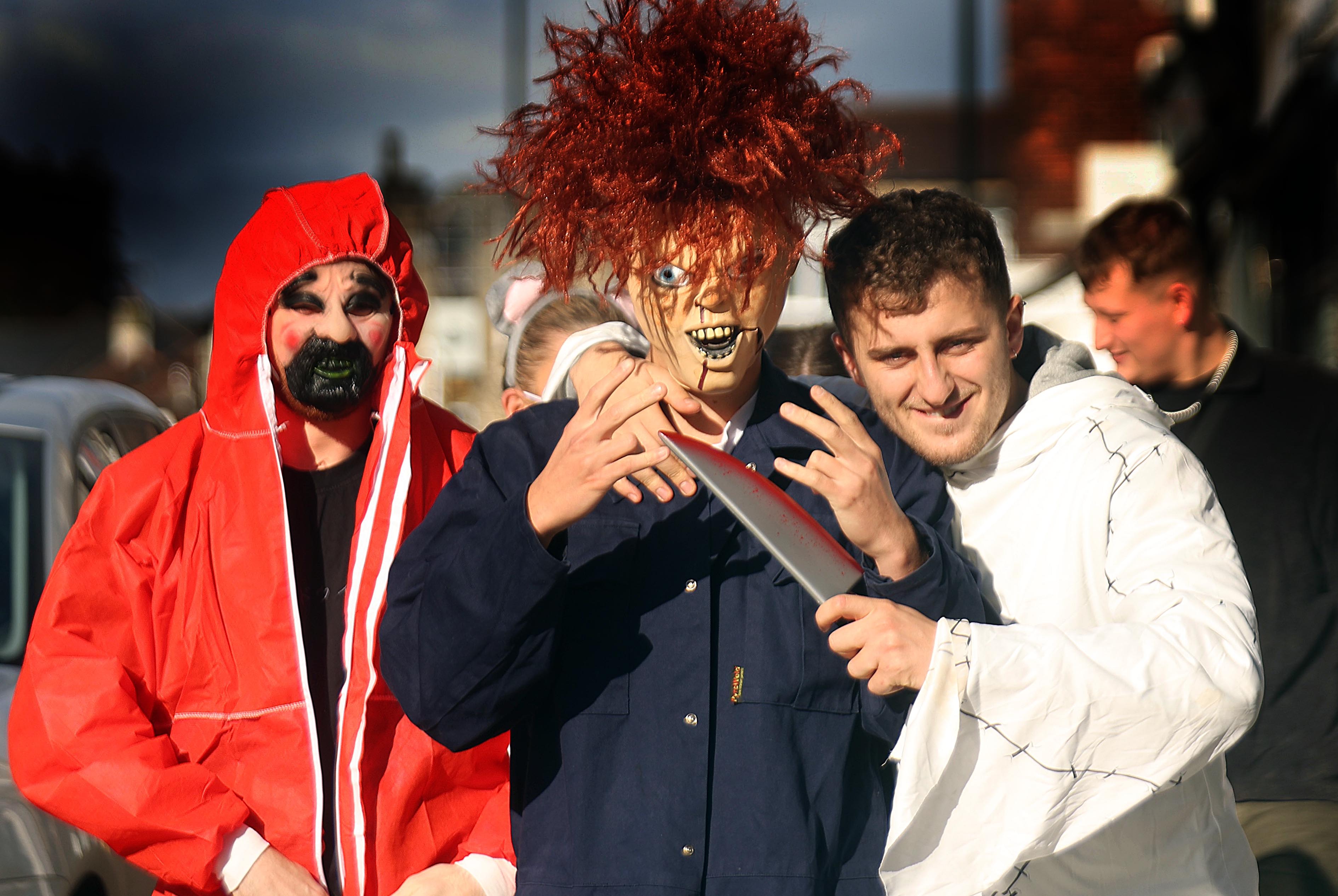 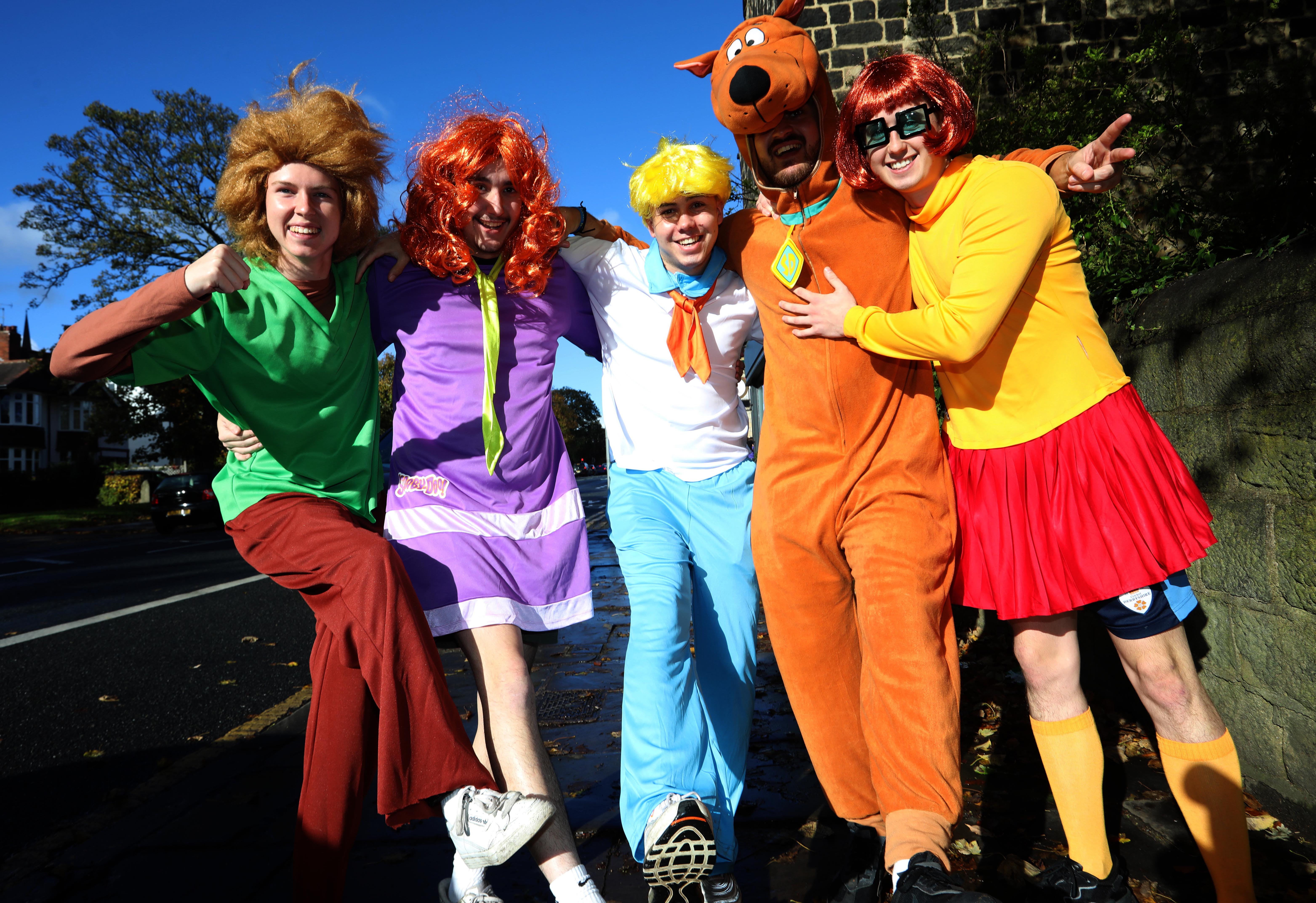 The streets of Leeds are already busy with boozers dressed as Chucky, dark angels and murderers armed with bloody cleavers.

And one well-organised group of pals went as the Scooby Doo gang – completed with a fully-bearded Daphne in purple dress.

Temperatures are set to plunge to single digits in many areas tonight, although that hasn't stopped many from stripping down as they dress up.

One blonde bunny wore fishnet tights and a bodysuit as a costume.

Other wore tiny dresses with black feathery halos as they began a night of creepy fun.

Some will get a respite from days of weather misery this evening – but others face a deluge.

A whopping yellow warning of rain is in place across the whole of south tonight, with London among the areas set to face a wash-out night.

But other areas badly-hit earlier this week will escape the worst of it in good news for party-goers around the country. 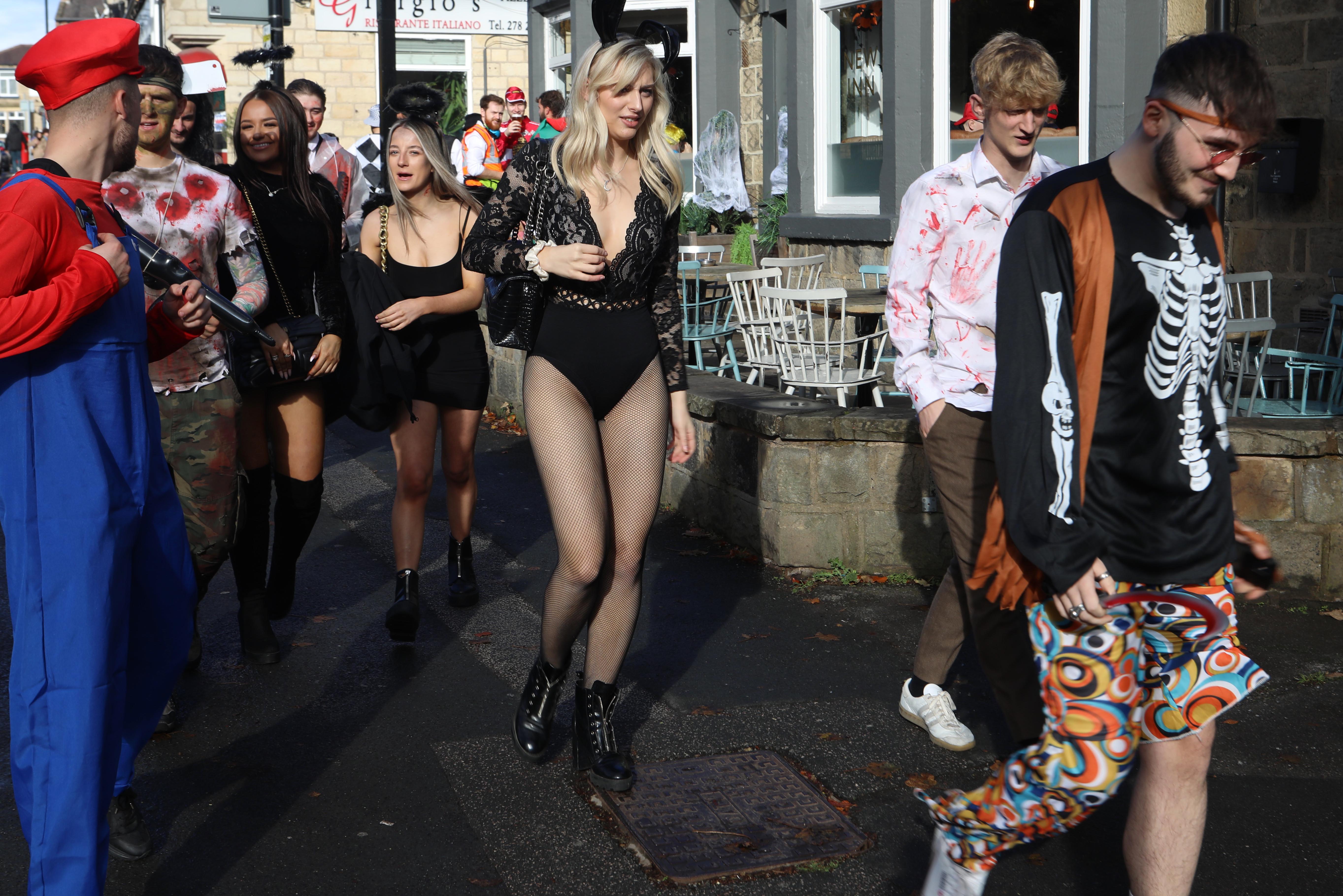 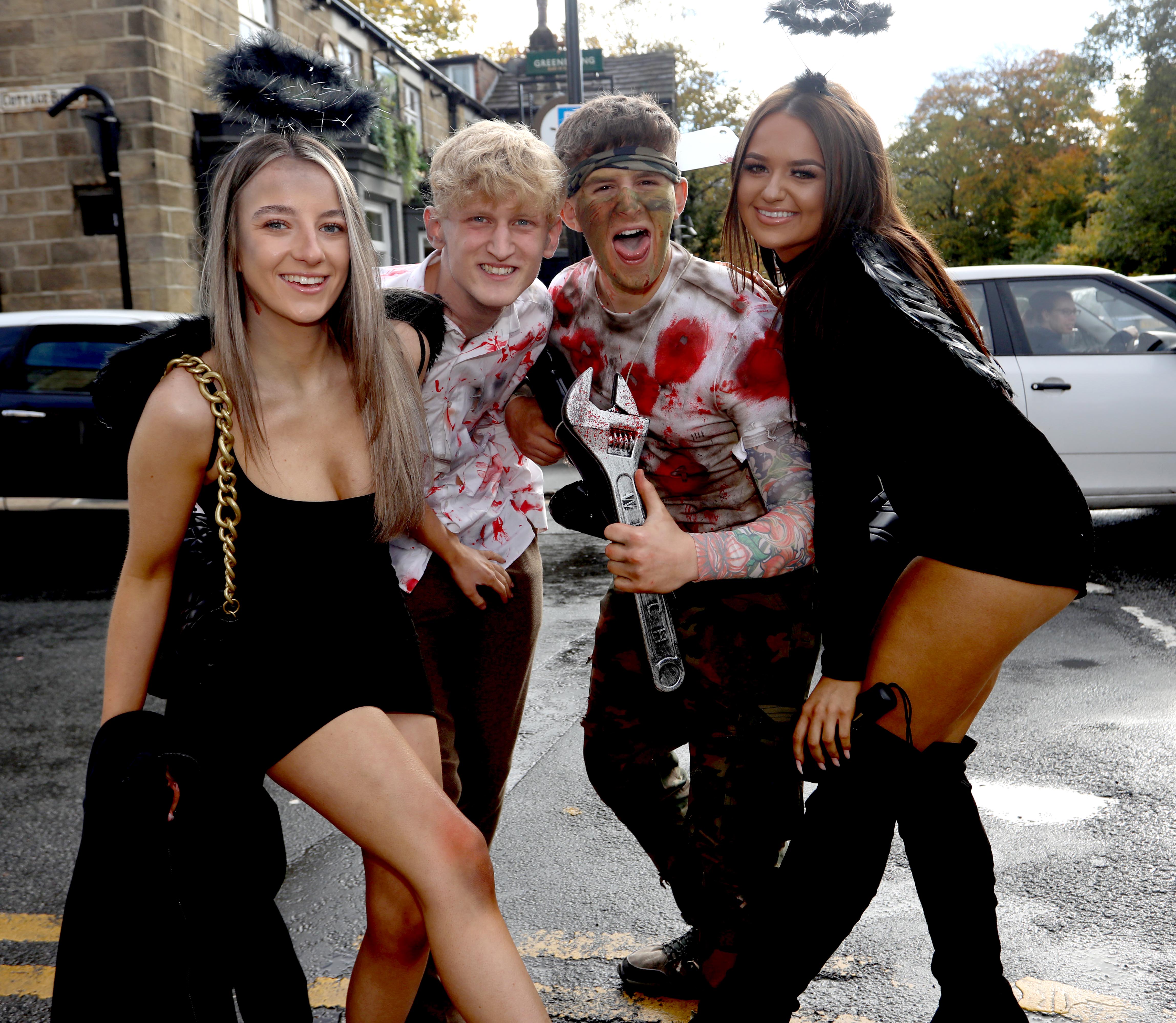 Meanwhile, cops are already out in force as officers brace for a busy night.

In the capital, three raves have been shut down already this weekend.

Officers raided one party in Lambeth just before midnight last night after complaints about fireworks.

As they dispersed crowds, fights broke out – and fireworks were thrown towards officer's heads.

In the early hours of Saturday morning, 150 people were found partying in a railway arch in Southwark.

The sound system was seized and the rave broken up by 3.45am.

Across London, in Bethnal Green, cops raided a party of 30 after learning some of those inside were involved in dealing drugs. 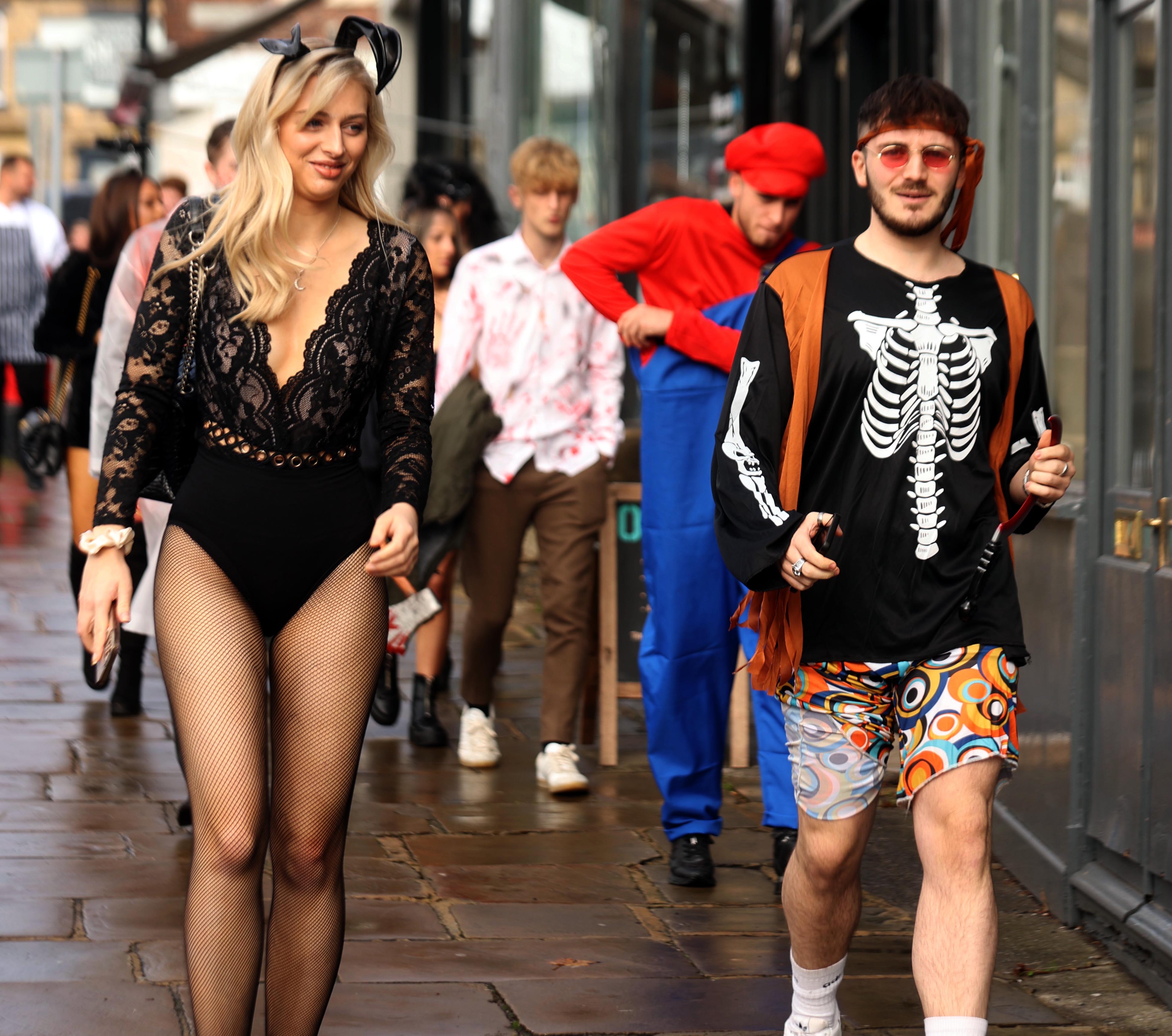 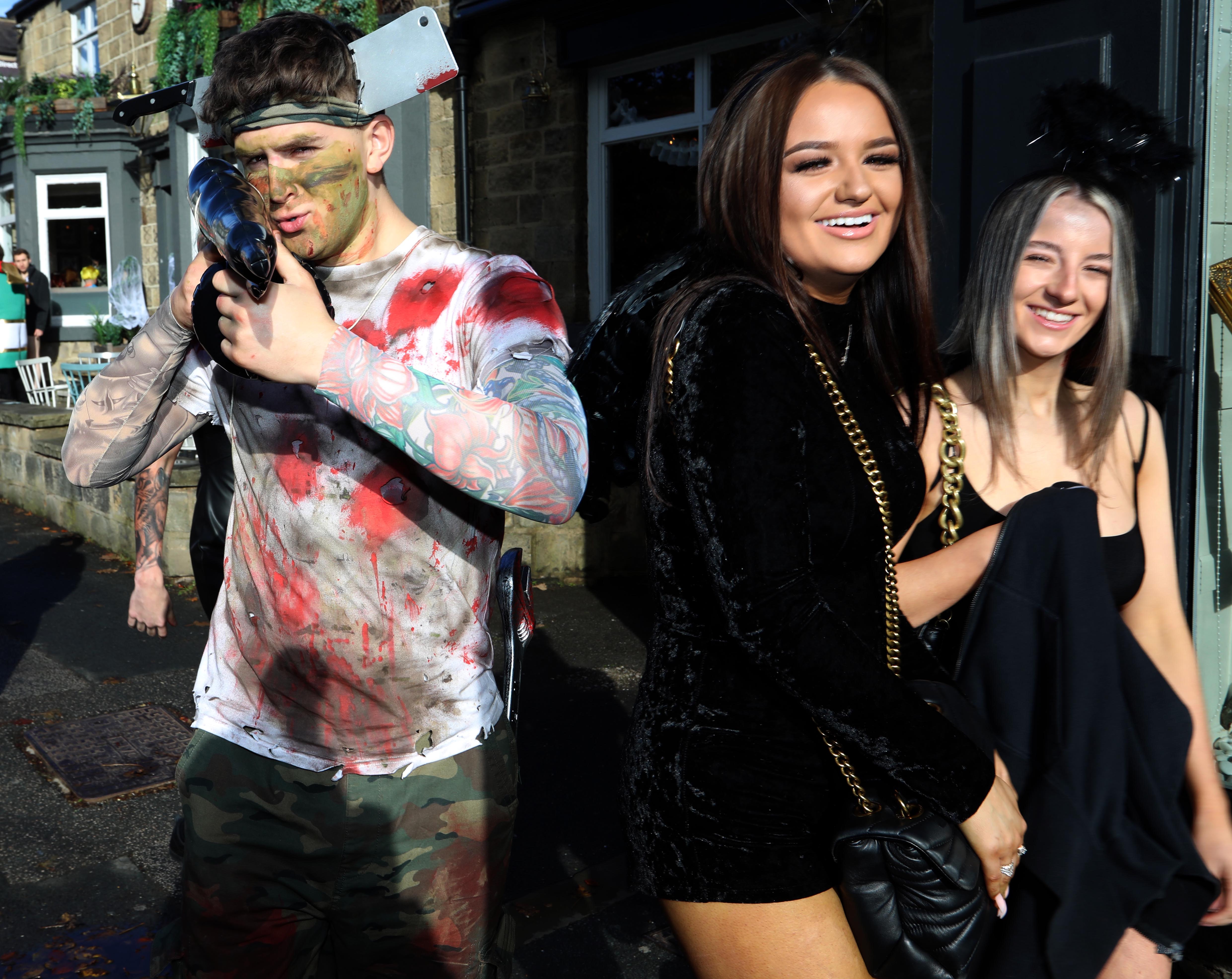 Three people were arrested, and drugs, knives and other weapons were seized.

"They often attract anti-social behaviour and can be dangerous environments for those attending them," he said.

“Extra patrols are taking place all over London to maintain public safety."

More police are also likely to be on duty across the country amid a surge in reports of young women being spiked.

Thousands of revellers are boycotting nightclubs and taking to the streets in protest over growing reports of problems on nights out. 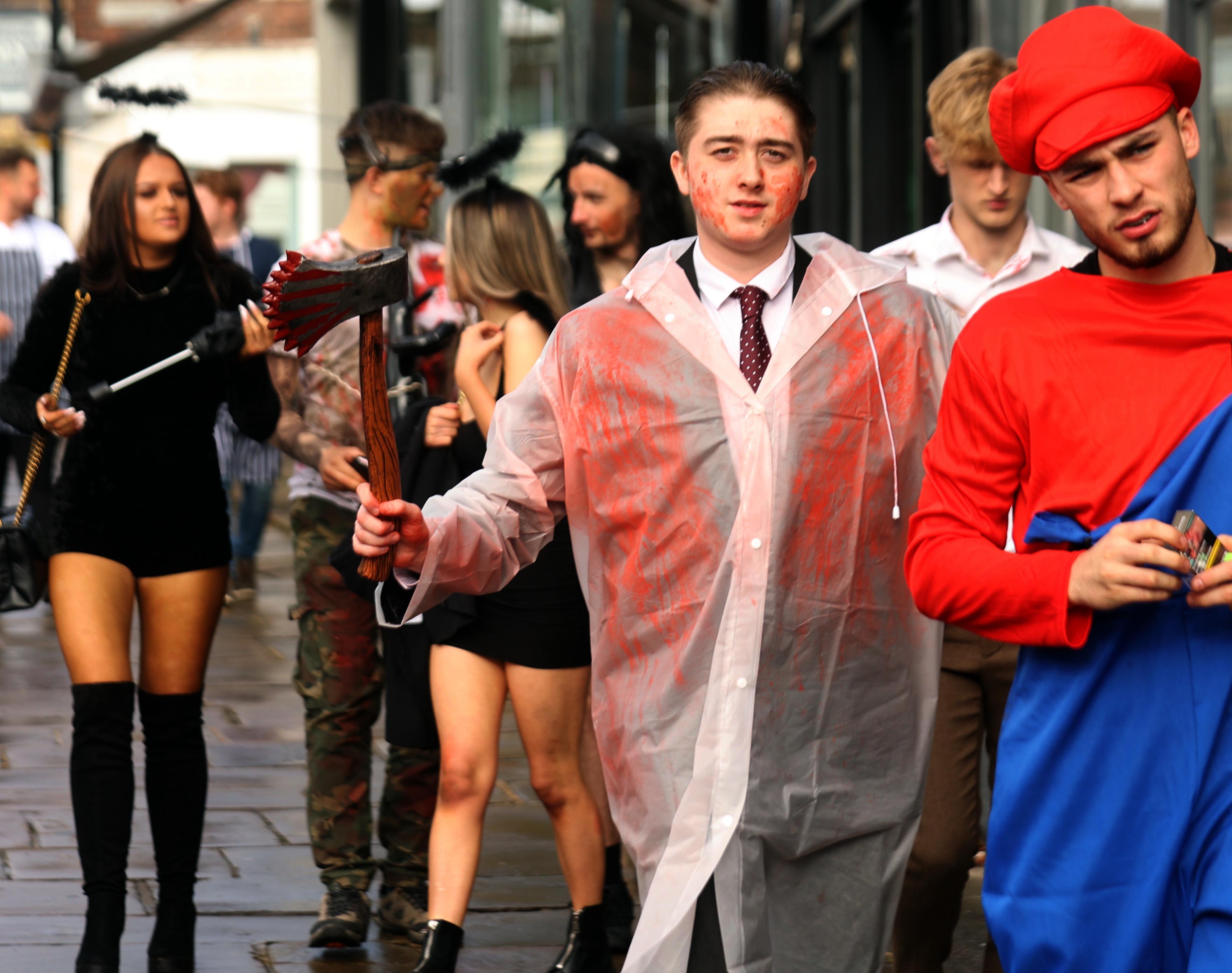 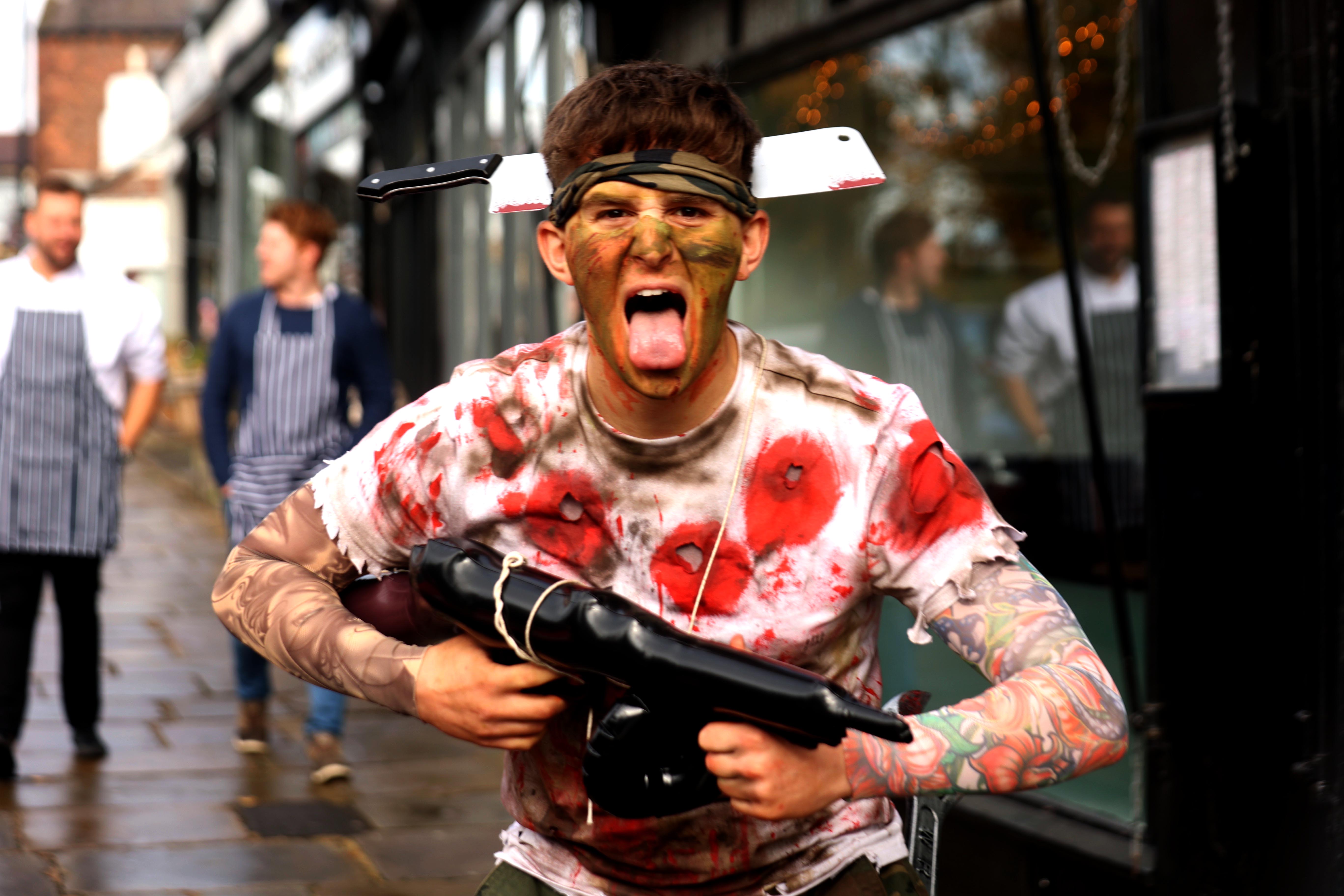 Police are investigating numerous reports that young women are being injected on nights out, causing them to fall ill.

Figures published on Wednesday revealed at least 56 reports of alleged injection incidents in bars have been made to UK police forces since the start of September.

Another 198 confirmed reports of drink spiking were recorded by forces in England, Scotland, Wales and Northern Ireland, according to the National Police Chiefs’ Council.

As a result, sniffer dogs and anti-spike cups are set to be introduced in venues across the nation.

The Astoria in Portsmouth has already introduced measures to keep clubbers safe.

The club, which is popular with students, upped its security for a Saw-themed Halloween night.

Drug detection dogs checked every customer at the door, while 64 ultra-high definition cameras monitored both inside and outside the venue. 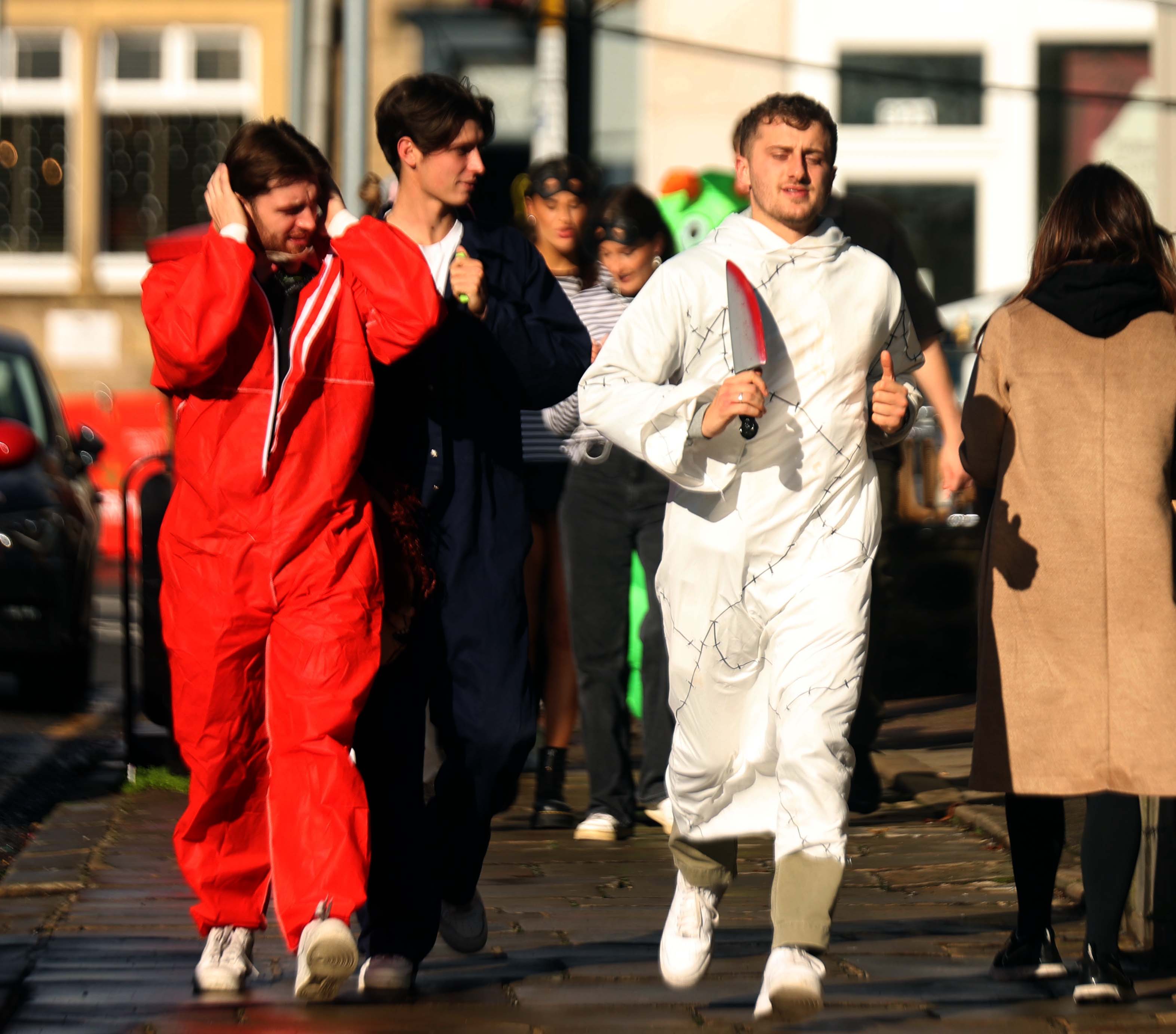 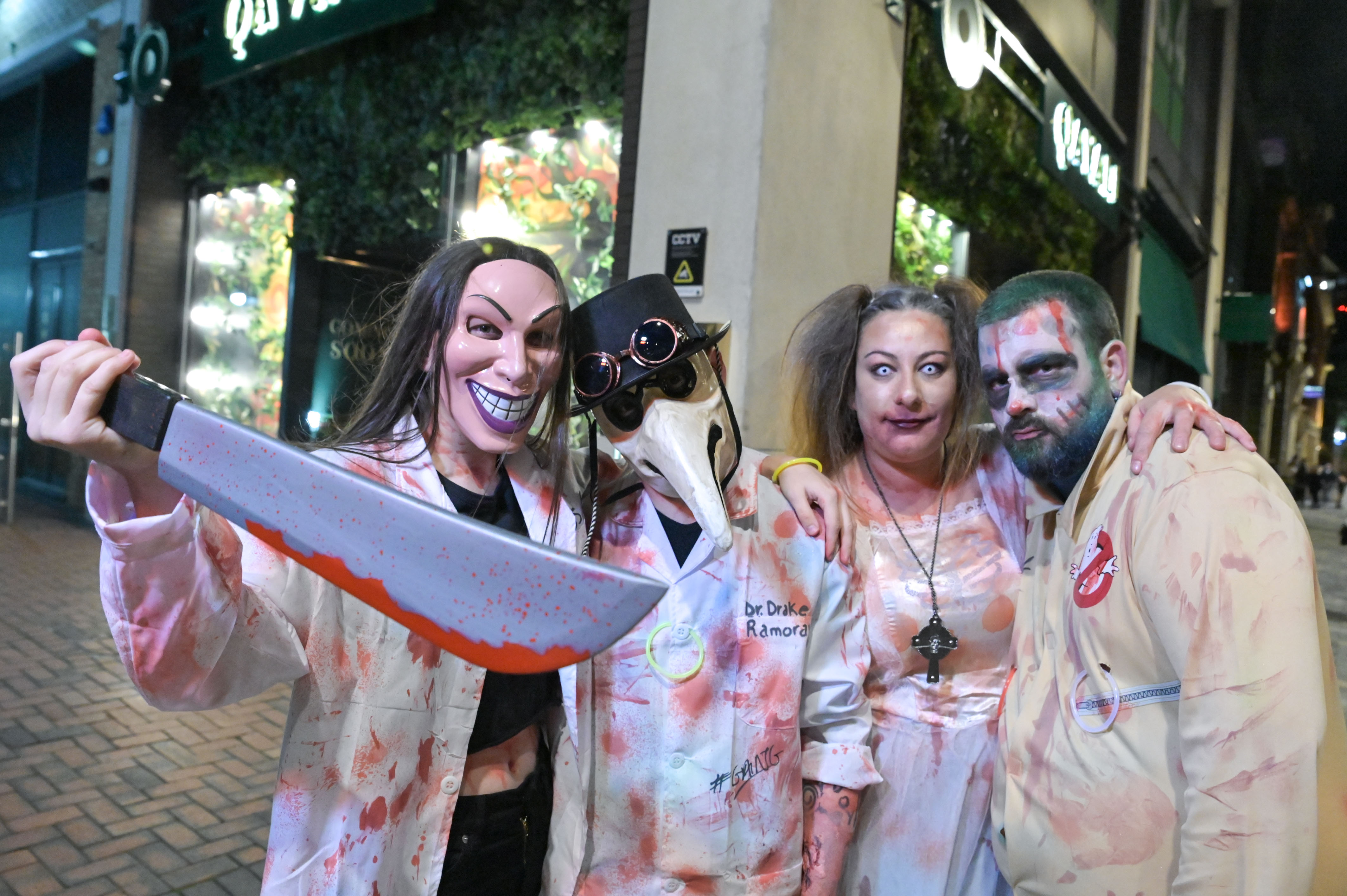 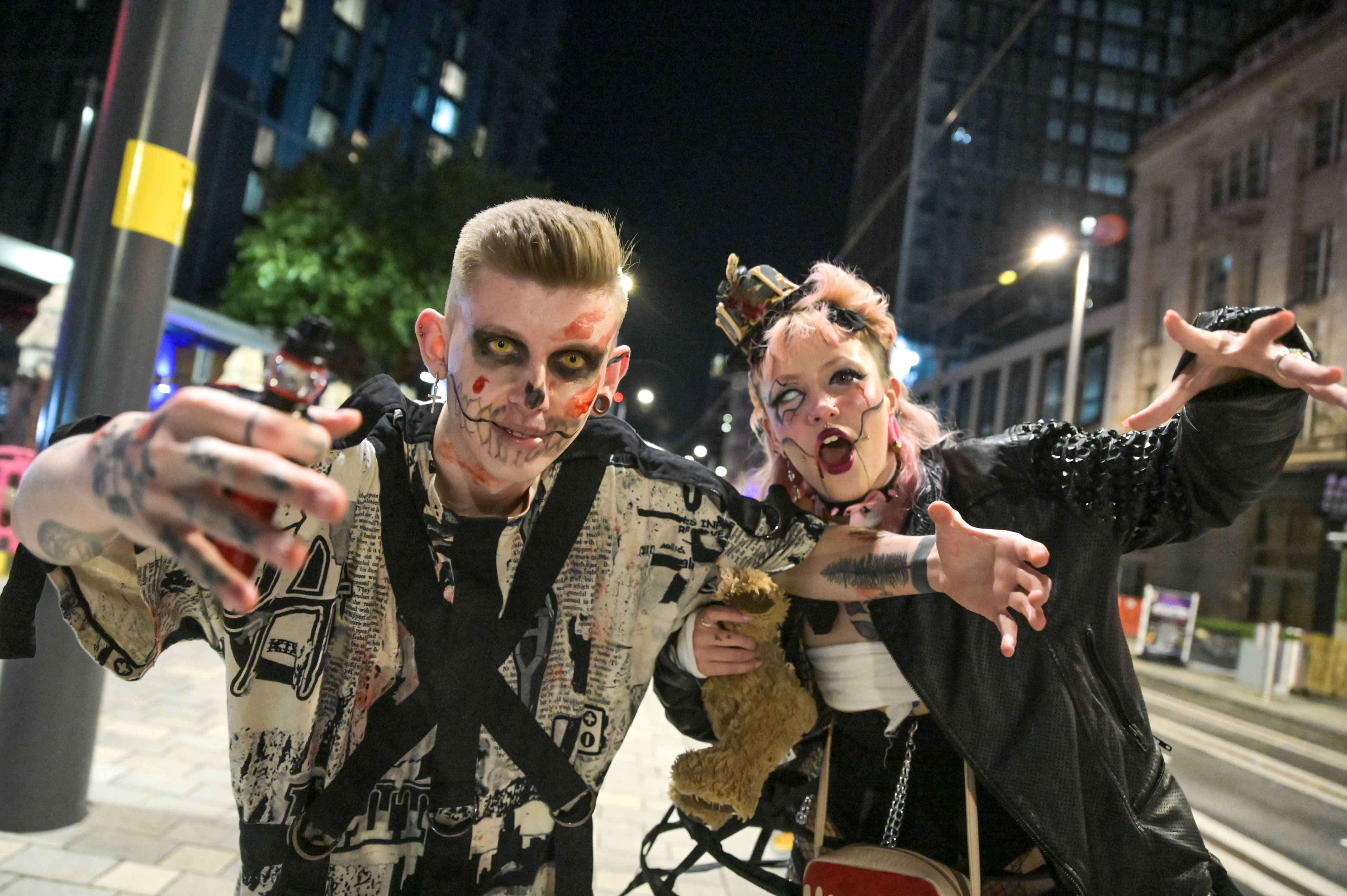 Drinks were also served in cups with lids to prevent anyone from being dosed without their knowledge.

A number of terrifying stories have emerged from women who say they were the victims of spiking.

One woman says she found a needle mark after feeling "something sharp go into her shoulder" while out on a hen do.

Another teenager, who believes she was injected with a drug while clubbing, was "sick and disorientated" after the ordeal.

A student told how she started to vomit and almost collapsed on a night out before finding a pin prick on her hand. She had no recollection of the evening.

Sarah Buckle, 19, had been out on Freshers Week with pals when her hand started to throb and was later rushed to hospital.

Zara Owen believes she may have been spiked after she suffered complete memory loss and a pain in her leg.

She believes the injury was caused by an injection.