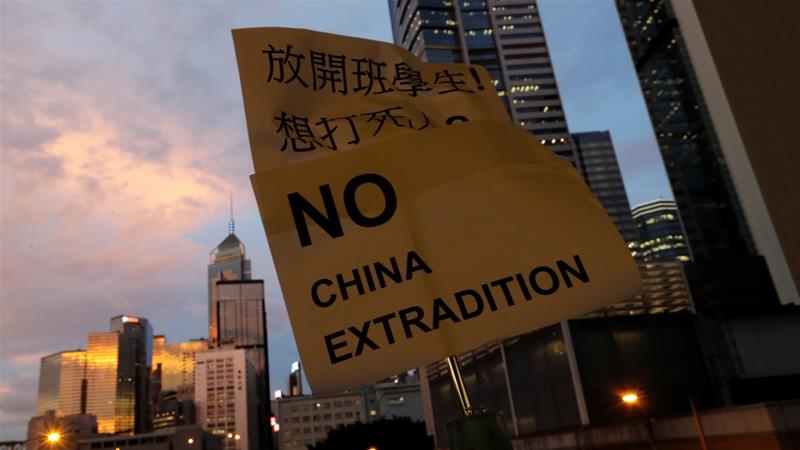 A key adviser to Hong Kong leader Carrie Lam has cast doubt over her plan to push ahead with a controversial extradition bill amid mass protests against it, warning that passing the legislation would prove impossible at a time of “such intense divisions”.

Speaking to Hong Kong cable television on Friday, Executive Council member Bernard Chan said he did not think that a formal discussion of the bill, a precursor to a final vote by the semi-autonomous territory’s Legislative Council, should continue at present.

The legislation, if passed, would allow Hong Kong to extradite people to any jurisdiction in the world with which it currently has no existing formal agreement – including mainland China.

Opponents of the bill fear it could make residents of the city vulnerable to politically-motivated charges in China’s court system and comes as part of a wider move by Beijing to scale back the freedoms Hong Kong enjoys under the so-called “one country, two systems” principle put in place as it was handed back to China by Britain in 1997.

“Do we consult, strengthen the bill, or what? Is there still any chance of the bill passing? These are all factors the government must consider,” Chan said.

“But I definitely say that right now it’s not possible – at a time when there are such intense divisions – to keep discussing this issue,” he added. “The difficulty is very high.”

Chan’s comments came after legislators in the pro-Beijing majority 70-seat Legislative Council delayed a second reading of the bill scheduled to take place on Wednesday morning after tens of thousands of protesters took to the streets to call for it to be scrapped.

Amid scenes of unrest and violent clashes between demonstrators and riot police, the government announced it would reschedule the reading for “a later time”, without providing further details. Lam has not appeared in public or commented since.

Protesters, meanwhile, vowed to rally again on Sunday with a citywide strike the following day.

“[We] will fight until the end with Hong Kong people,” said Jimmy Chan, of the Civil Human Rights Front, the main protest group.

“When facing ignorance, contempt and suppression, we will only be stronger, there will only be more Hong Kong people,” Chan added on Thursday.

As of Friday afternoon, more than 30,000 people had signed a petition protesting against the use of force by authorities during the clashes with protesters two days earlier, which saw riot police deploy tear gas, water cannon and pepper spray against those demonstrating.

It is unclear how the local leadership might defuse the crisis, given Beijing’s strong support for the extradition bill and its distaste for dissent.

But Michael Tien, a member of Hong Kong’s legislature and a deputy to China’s national parliament, urged the city government to put the extradition bill on hold.

“It is time for Hong Kong to have a cool-down period, Lai told the Reuters news agency. “Let frayed tempers settle before we resume discussion of this controversial issue. Please, no more blood-letting.”