Former U.S. Soccer star Hope Solo pleaded guilty to a charge of driving while impaired on Monday while calling her action the “worst mistake of my life.”

Solo was arrested in Winston-Salem, North Carolina on March 31 on charges of suspicion of driving while intoxicated, resisting arrest and misdemeanor child abuse. Police say they found Solo passed out behind the wheel with the engine running in a Walmart parking lot with her two children in the car, according to the Forsyth County District Attorney’s Office.

Prosecutors say she refused a field sobriety test and breathalyzer and that a blood test revealed that she had a blood-alcohol level of 0.24, three times the .08 legal limit. She also had THC in her system, according to prosecutors. 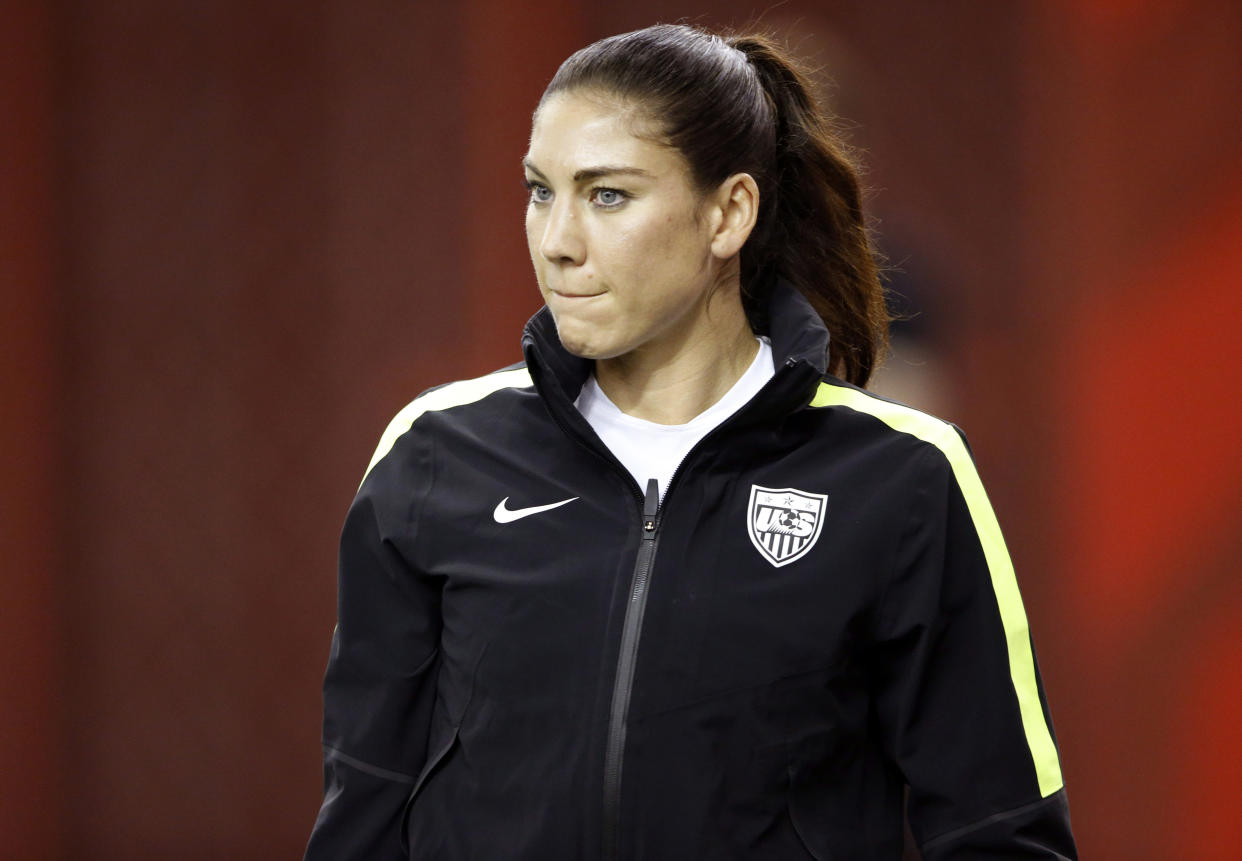 Her attorney Chris Clifton told the Winston Salem Journal that the resisting and child abuse charges were voluntarily dismissed. Forsyth District Judge Victoria Roemer issued Solo a two-year suspended sentence and active sentence of 30 days. She previously spent time in an in-patient rehabilitation center that was credited as her 30-day sentence.

Per the Journal, Solo also surrendered her driver’s license and was issued a $2,500 fine. She’ll undergo a substance abuse assessment and be required to complete recommended treatment. Solo issued a statement of Instagram Monday evening addressing her plea.

“Easily the worst mistake of my life,” Solo wrote. “I underestimated what a destructive part of my life alcohol had become.”

Solo, 40, is a decorated former goalkeeper for the U.S. Women’s National Team. She holds the U.S. goalkeeper record with 202 international appearances that include 153 wins and an international record 102 shutouts. She won two Olympic gold medals (2008, 12) with the USWNT and the 2015 World Cup.

She was elected to the U.S. Soccer Hall of Fame in January but requested that her induction be deferred until 2023 following her arrest. Solo was previously arrested in 2014 on charges of misdemeanor counts of assault against two family members while still a member of the USWNT. Solo maintained that she was defending herself from her 17-year-old nephew, and the charges were dismissed in 2018.