A SEVEN-FOOT tall beehive was discovered behind a shower wall after the homeowners complained of constant buzzing.

Elisha Bixler, of St. Petersburg, Florida, was called out to the home to remove the nest. 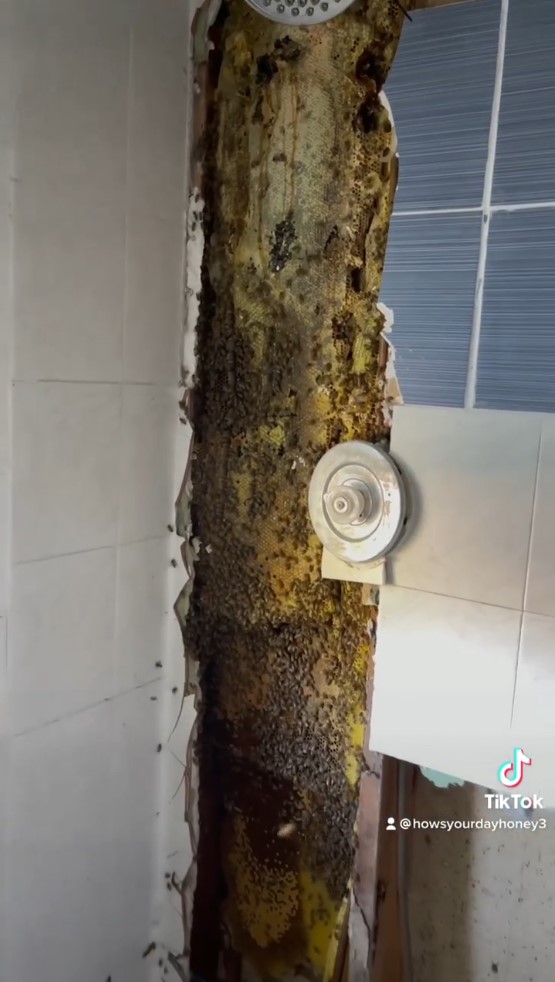 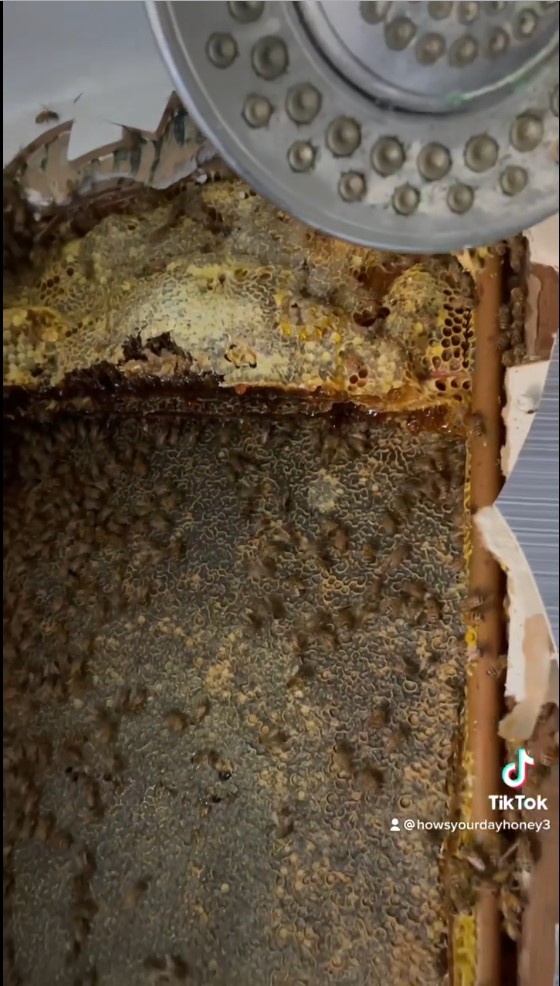 In a TikTok clip, she said: “I got a surprise when I started breaking away the tile behind the shower wall. Look how much honey is packed away in here. This is a seven-foot beehive.”

Bixler said the homeowners became frustrated when they heard buzzing in the bathroom and a bee used to escape the nest when they showered, Newsweek reports.

The TikToker said it took her around five hours to remove the nest.

Bixler told her thousands of social media followers that she had fun “completely hammering the cr*p out of the tile”.

She added: “This thing was incredible. I’m going to take them home to one of my apiaries.”

'NOT A SPICE GIRLS REUNION'

TikTok users were left shocked and disturbed by the footage.

One said: “Bathroom honey sounds about as appealing to me as toilet wine. Hard pass.”

Another commented: “I’d cry if I saw that.”

While a third added: “With my fear of bees, this is the more horrifying thing I would ever see if it was in my home.”

But, others thanked the expert for rescuing the insects.

A TikToker posted: “Bees are earth’s little pollinators. Wasps are f********. Thank you for your service lol.”

Bixler wasn’t sure what type of insect was nesting in the bathroom but suggested that it could be an American honeybee.

One honeybee can gather around 40 pounds of pollen and 265 pounds of nectar in a single year, according to the US Geological Survey.

The species are not native to North America as they were imported from Europe during the 17th century.

There are around 2.8million honeybee colonies in the US, according to data released in March 2020 by the National Agricultural Statistics Service (NASS).