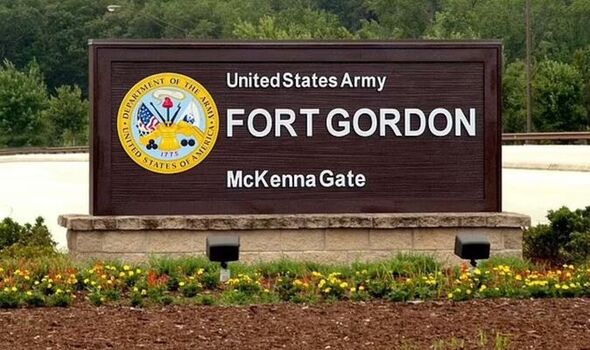 The bolt hit at 11am local time on Wednesday with ten soldiers confirmed to have been struck, although the extent of their injuries remains unknown.

A member of the Fort Gordon community, William Scott, posted on Facebook that the strike had been fatal and killed several soldiers, but this has yet to be officially confirmed.

Army reporter Steve Beynon posted on Twitter: “One soldier is dead and nine are injured after a lightning strike incident during a training event at Ft. Gordon.”

There has been no official confirmation of his claims of fatality.

Emergency services rushed to the base, which has about 16,000 service members, including active duty soldiers and members of the National Guard and Reserves.

Member of the community, Mr Scott, wrote in his post: “I ask everyone to please take this time to pray for the families and Soldiers at Fort Gordon today.

“Several Soldiers were electrocuted while in training this morning.

“It’s definitely a traumatic event that has taken hold on the entire community’s emotions, confidence in the Leadership’s mission and trust in the Army’s cohesion to the Soldiers’ left and right.

“The entire Army community here at Fort Gordon has been touched and moved by this event.

“I pray that everyone is able to find peace and healing throughout the closure of this traumatic event.”