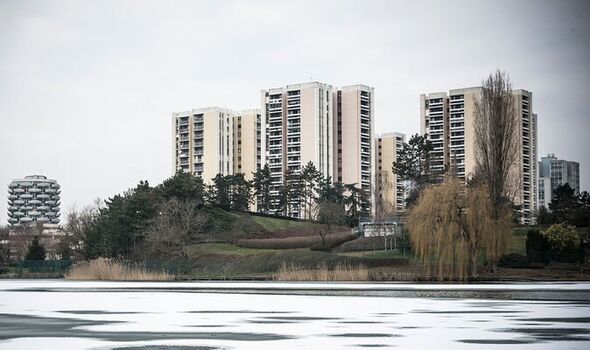 The man, in his 40’s, is said to have attacked his girlfriend in the early afternoon on Sunday (May 8), in an area of southern Paris. The condition of the woman was described by police as “serious”.

According to BFM TV, a French rolling news channel, neighbours first raised the alarm at 1.37pm yesterday, after hearing screams coming from an apartment.

The news outlet said the woman had been found by paramedics lying on the ground, her face completely swollen but that she was still conscious.

They added the woman had been stabbed a dozen times between the head and the crotch.

She was reportedly rushed to La Pitié-Salpêtrière hospital in Paris to be treated for her wounds.

The public prosecutor’s office in Créteil, a district of the capital south-east of the centre, reportedly told the news channel that an ear had also been cut off, and that a blade between ten and 15 centimetres had been discovered at the scene.

The man, born in 1981, was taken into custody at the Val-de-Marne judicial police station – which is now in charge of the investigation.

The public prosecutor’s office in Créteil told AFP the alleged incident had taken place in Maisons-Alfort, a suburban commune to the south of the River Marne within the area.

The age of the woman who was allegedly attacked has not been disclosed by investigators.

Police sources said, though, that the couple have several children.

Neighbours of the couple said that despite the arrival of neighbours, the man refused to open the door.

He is said to have emerged after police were alerted, and was taken to the Henri-Mondor hospital in a state of shock.

Créteil sits within the Val-de-Marne department, in the Île-de-France region.