ON a huge compound in the heart of Thailand, thousands of white-robed men, women and children unite in a chant as Buddhist monks collect food offerings from the crowd.

When the ceremony is over the devotees form a huge queue at a cashpoint to take out thousands of pounds for donations – as tannoy messages tell them handing over cash is the way to “Nirvana”. 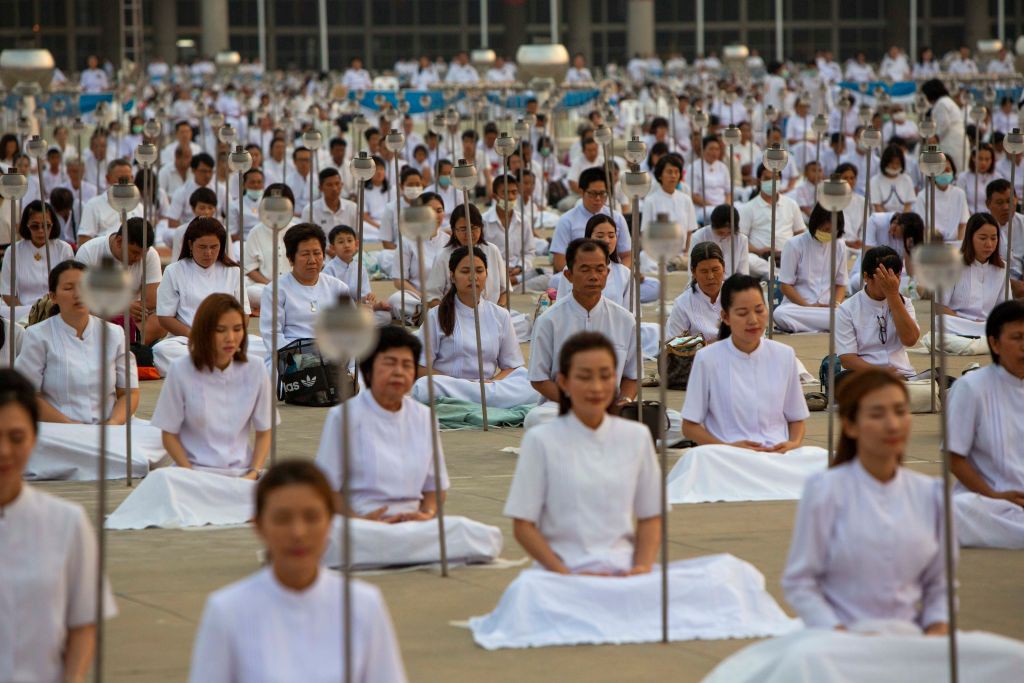 The incredible scenes, in a stunning spaceship-like temple in Bangkok, were filmed by Channel 4’s Unreported World at the 50th birthday celebrations of the controversial Dhammakaya movement.

The Buddhist sect, which has millions of followers around the world, including in the UK, has been criticised as a money-obsessed “cult” which has fleeced its devotees.

Its founder, Abbot Dhammajayo, has been in hiding since evading arrest in 2017 over allegations the sect had laundered £25m of stolen money.

He denies the charges and his followers claim the sect is an international force for good that’s updating Buddhism for the modern world.

In the documentary Nirvana for Sale, which airs at 7.30 tonight, Marcel Theroux hears from past members of the sect who claim the Abbot worships Adolf Hitler and believes he’s God, as well as a broken businessman who says his wife was “brainwashed” into donating their life savings. 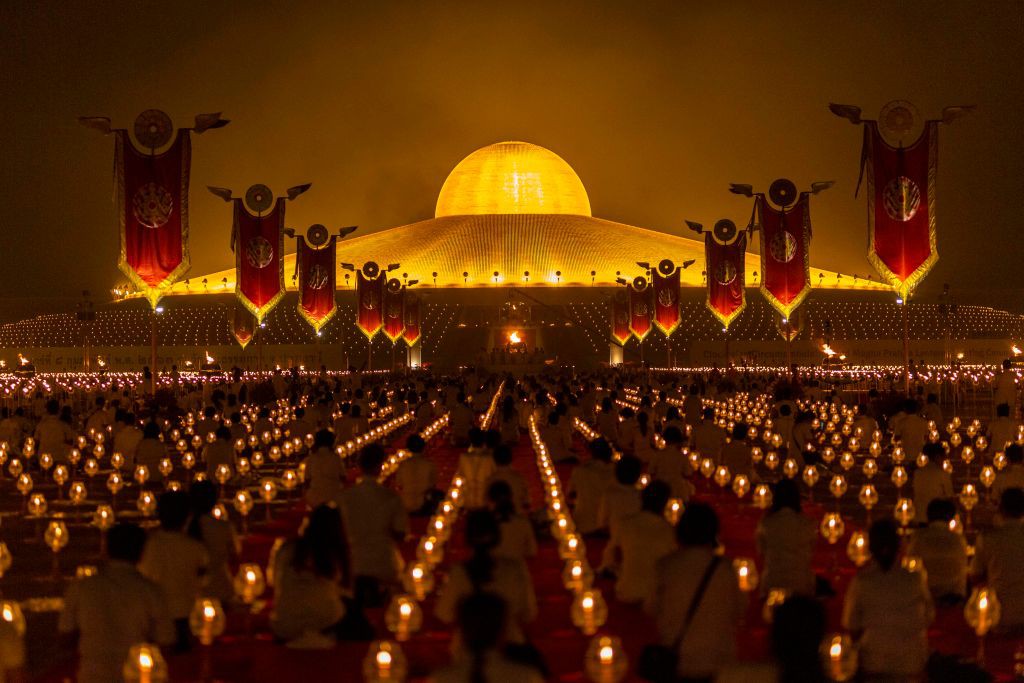 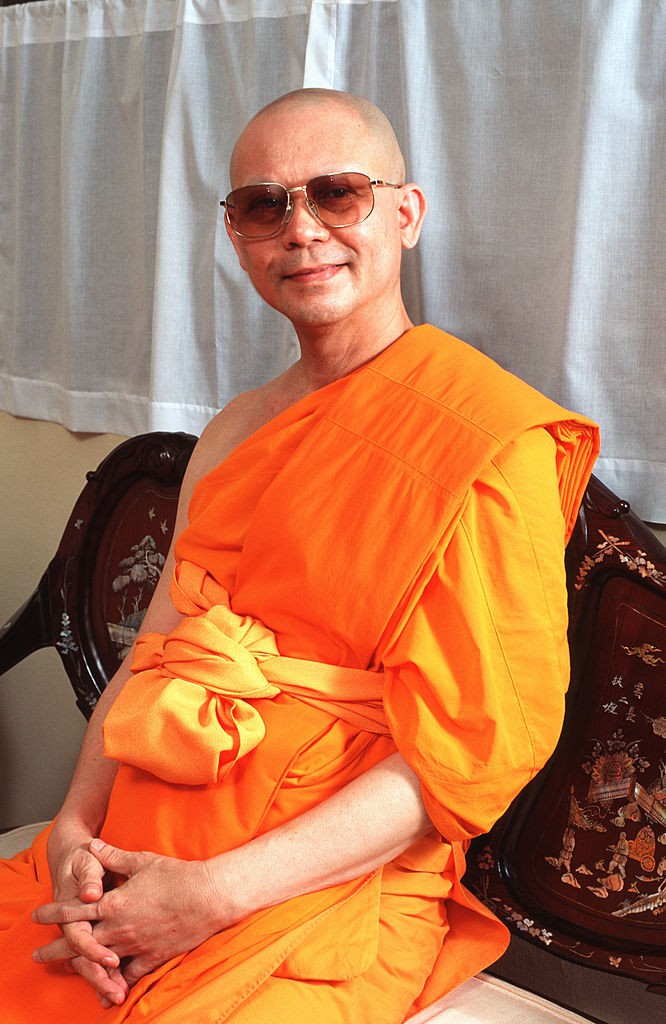 Robbed of £300k by 'brainwashed' wife

Catchai stares sadly at a table full of wedding pictures, each one with the bride cut out of the photo.

His mother was so angry when his wife gave all their money to the Dhammakaya movement that she cut up the photos, he explains.

The former chemical engineer, now 65, owned his own company and was comfortably off before his wife donated £300,000 without his knowledge.

“It made me suffer a lot in life because I found out too late,” he tells the show.

“I feel upset because I actually still love my wife. But she is the prey of the temple.”

He claims his wife was manipulated into handing over cash.

“She is addicted to the way of blessing in the Dhammakaya Temple. Addicted to blessing and also addicted to donations,” he says. “Brainwashed by an evil cult.” 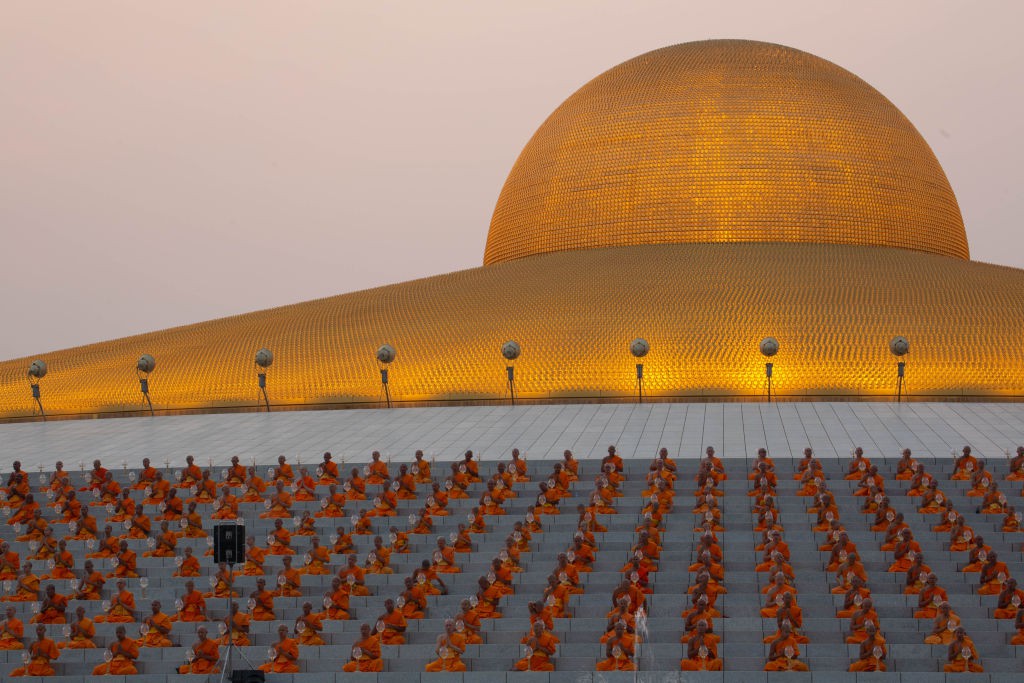 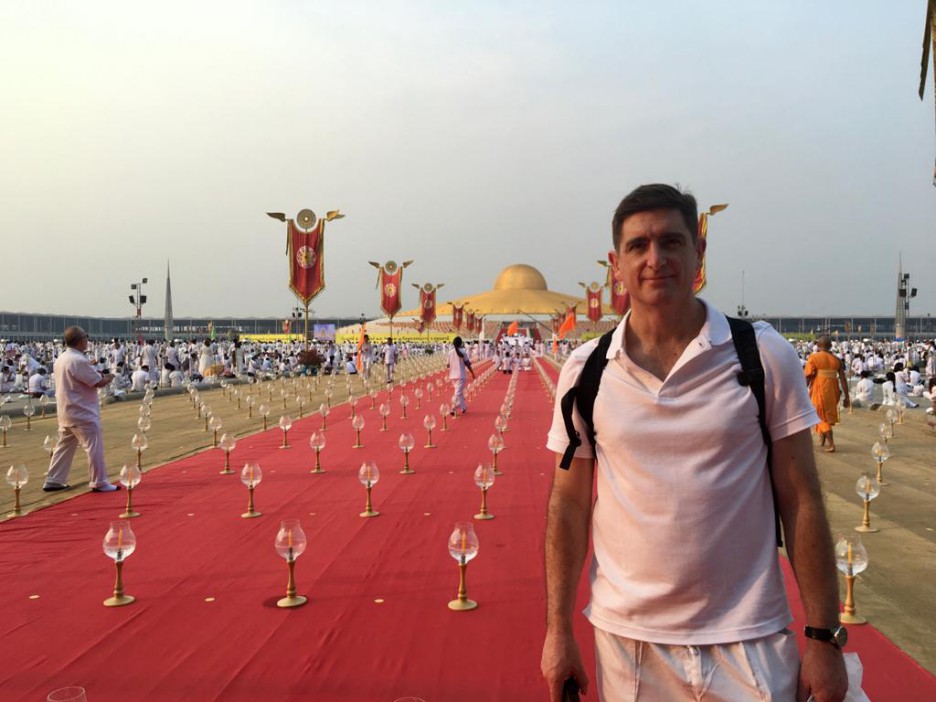 Bank customers 'defrauded out of £25million'

Chatchai is not the only one who claims to have lost their savings to the Temple.

In 2017, a scandal broke when a sect devotee, who ran a bank, was accused of embezzling £25million of customers’ money and giving it directly to Abbot Dhammajayo, with victims losing between £50k to £250k each.

When Thai soldiers arrived at the Temple compound to arrest the founder, they were beaten back by monks, giving him time to flee.

He has been missing ever since, despite frequent calls for him to be arrested, and former sect member Dr Mano Laohavonich insists he is hiding in a house less than a mile from the compound.

Dr Mano was a leading member of the sect and one of the Abbot’s closest disciples before leaving after 20 years, believing it had become a money-making cult with a delusional leader.

“He tried to reveal to me he is God with a capital G,” he says.

Although he admits that the followers “are good people, moral-minded” he insists that they are unaware of “how the Abbot has spent the money”.

He told me Hitler was a good guy.

“They never declare [their accounts],” he says. “They keep secrets all the time from the beginning until now.”

He claims not all the money has gone into the pristine buildings on the compound and, sensationally, claims the sect’s leader was obsessed with Adolf Hitler.

“The Abbot was very fond of Adolf Hitler,” he says. “He’s his icon. Hitler started with zero and he created three steps to become the leader, the dictator of Germany.

“He told me Hitler was a good guy.” 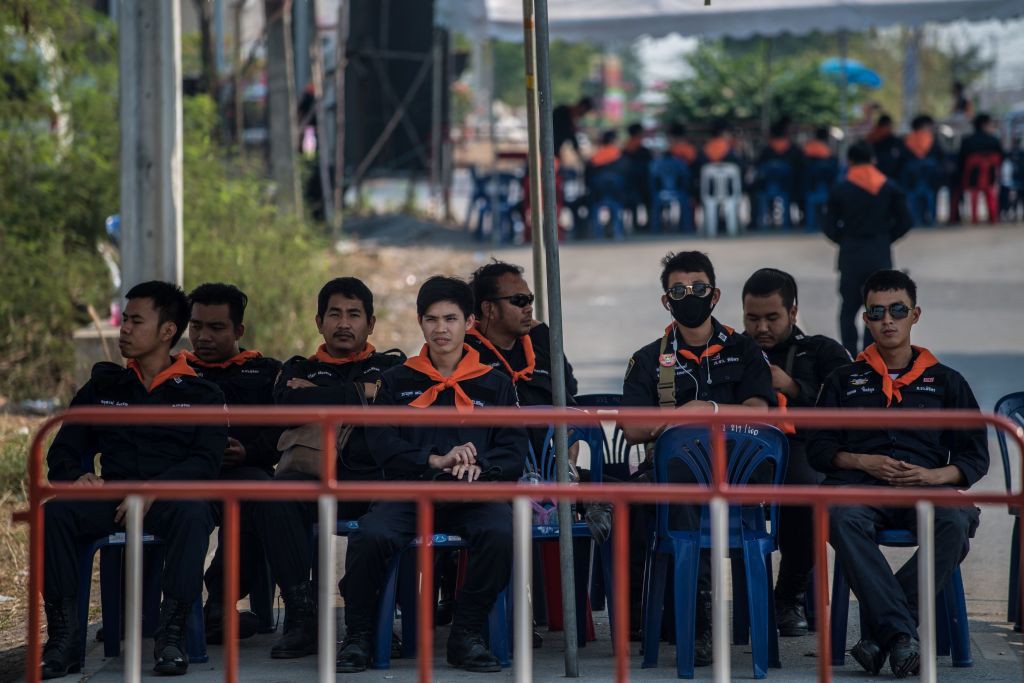 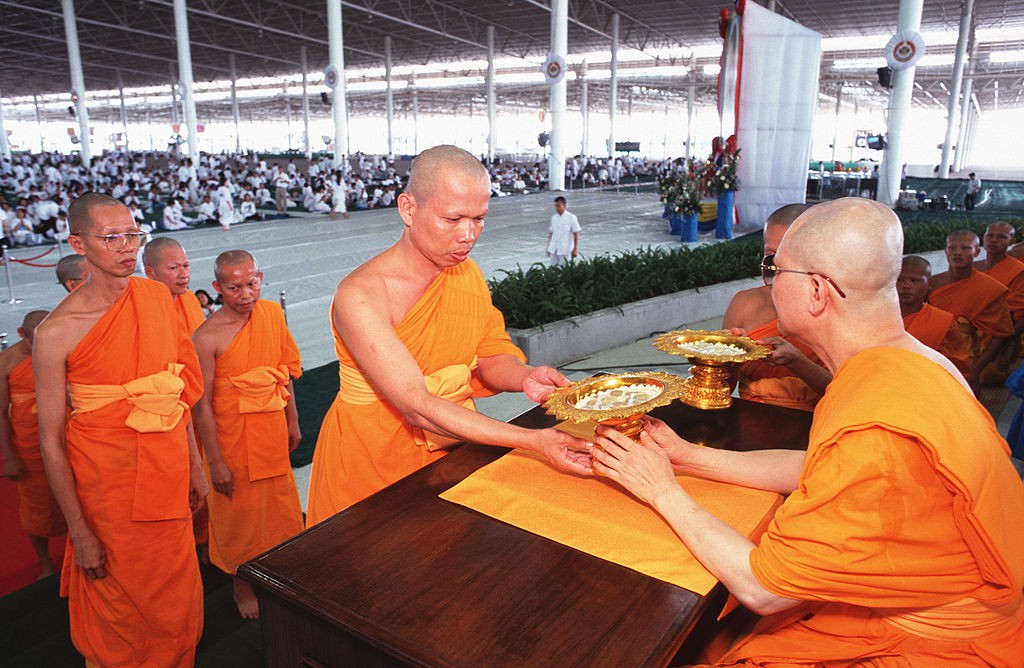 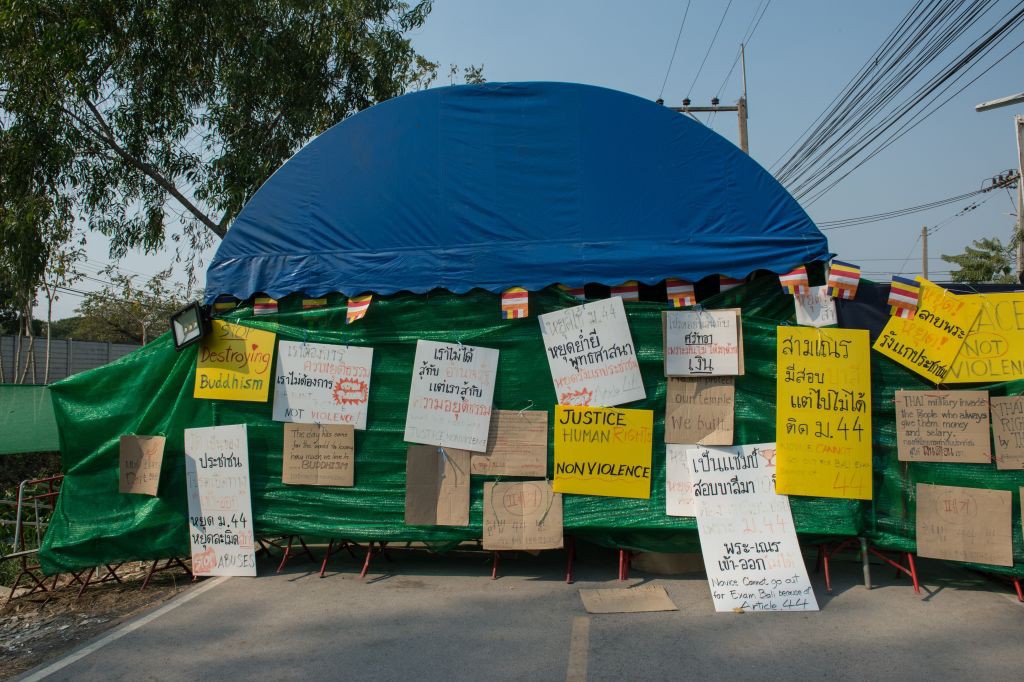 Although the Abbot and the sect deny his allegations, the scenes at the Temple of a Thousand Buddhas point to the reason for the Dhammakaya’s immense wealth.

Inside the compound, ten times the size of the Vatican, every building is evidence of the millions of pounds that flowed into the sect’s coffers.

Families, urban professionals and wealthy business owners mill about the vast space, stuffing envelopes packed with cash into the wooden donation boxes which line the pathways.

A massive queue forms beside the two cashpoints where people can get their money out to donate and the booming tannoy encourages devotees to dig deep, with messages like: “The millionaire’s wife says put all your energy into getting people to be part of building the temple.”

There is even a special office for megadonors – where huge cheques are handed over to administrators in secret. 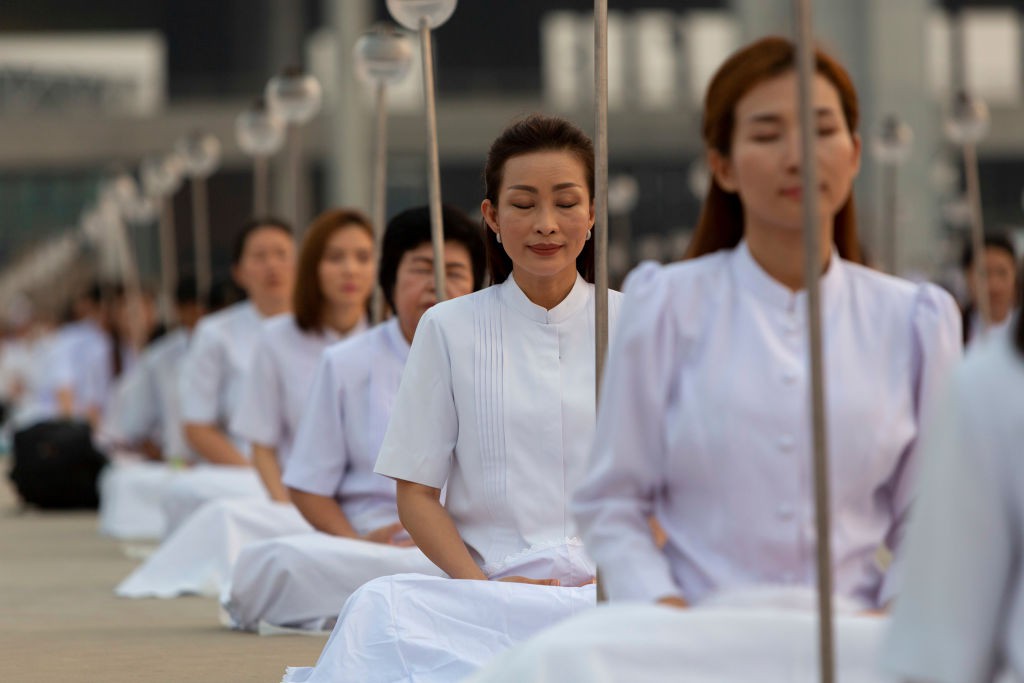 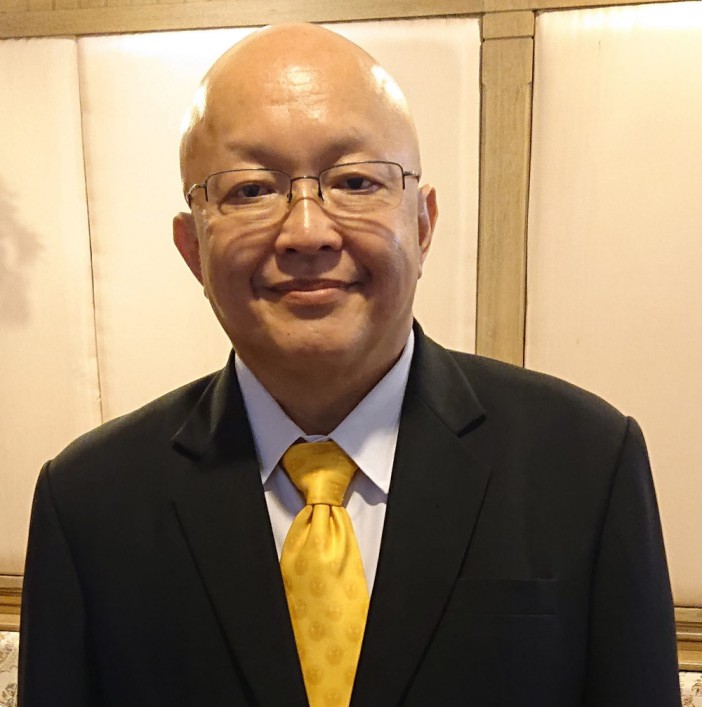 Dressmaker donated £1m… and her husband

Dressmaker Joom – who has donated over £1million from her modest shop’s earnings – drives past one illustrious building and boasts: “I contributed 7m baht (£150,000) for that building. It makes me happy.”

“I have even donated my husband,” she adds, explaining the couple separated so that he could become a resident monk to bring them both “spiritual benefits”.

Joom was born into a poor family and came to Bangkok at 14 with nothing, but says her fortunes changed when she began donating to the sect.

Unlike other Buddhist movements, the Dhammakaya teaches that generous donations will bring wealth in this life as well as in a future life.

“The Abbot says people who are born poor have ‘stingy karma’ from a previous life,” says Joom.

“If in this life you are tight-fisted and not making donations, then in the next life you’ll be even poorer.”

Although the sect claims it is modernising Buddhism through meditation and prayer, Professor Sulak Sivaraksa, who has twice been nominated for the Nobel Peace Prize, believes its focus on money threatens the religion.

“Dhamakaya is promoting capitalism, consumerism and people love to be rich,” he says. 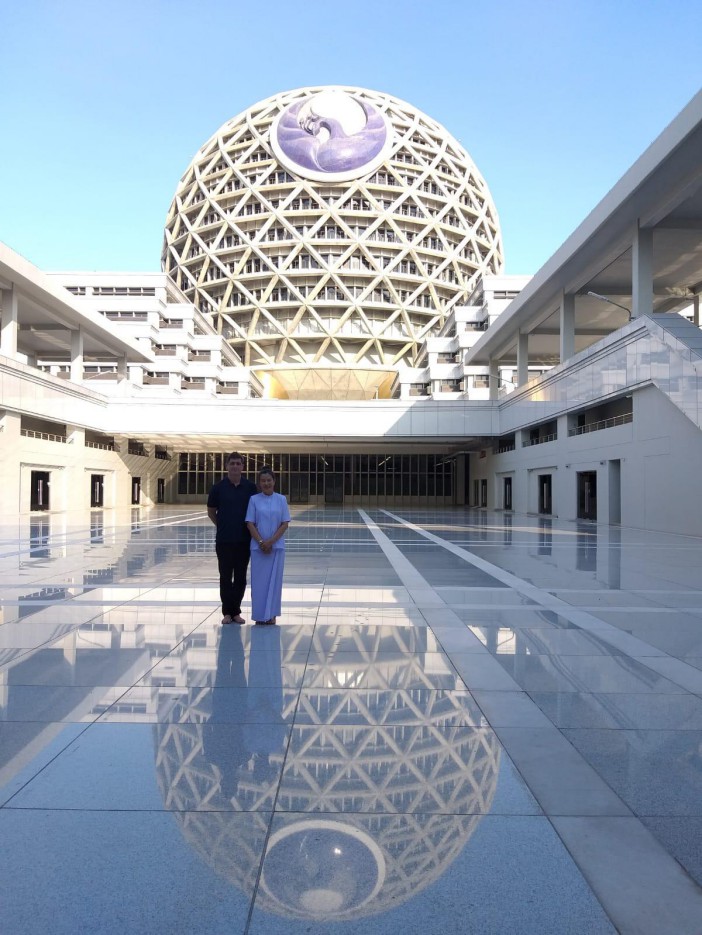 “The followers, many of them are good people but they have been fooled and blindly they gave everything away. Families suffered and a lot of families were broken.”

He adds that Abbot Dhammajayo has evaded capture because “he has plenty of money and in this country money can buy anything”.

Unreported World: Nirvana For Sale airs on Channel 4 at 7.30pm.