Hundreds bravely came together to celebrate Pride despite living in a country which has outlawed their sexualities.

It has been illegal to be gay in the Kingdom of Eswatini, formerly called Swaziland, since the Brits colonised the African nation in the 1800s.

Campaigner Mangaliso Mndzebele told Metro.co.uk the country, one of three monarchies left on the continent, has historically seen LGBTQ+ people as ‘satanic’.

Former prime minister Maphevu Dlamini said in 2018: ‘Being gay is an abnormality and a sickness.’

Most LGBTQ+ people in Eswatini are still living in the closet, local activists have said.

The British common law criminalises sodomy between two men and, although it does not specify anything about women, this is seen as a blanket ban on same-sex relationships.

The law has not been enforced by police or courts for decades, but LGBTQ+ communities say they still ‘face human rights violations’ in their daily lives.

This is because the community fears they will lose their jobs, be separated from their loved ones and experience prejudice.

Despite all this, more than 300 people gathered to celebrate being who they are last Saturday. 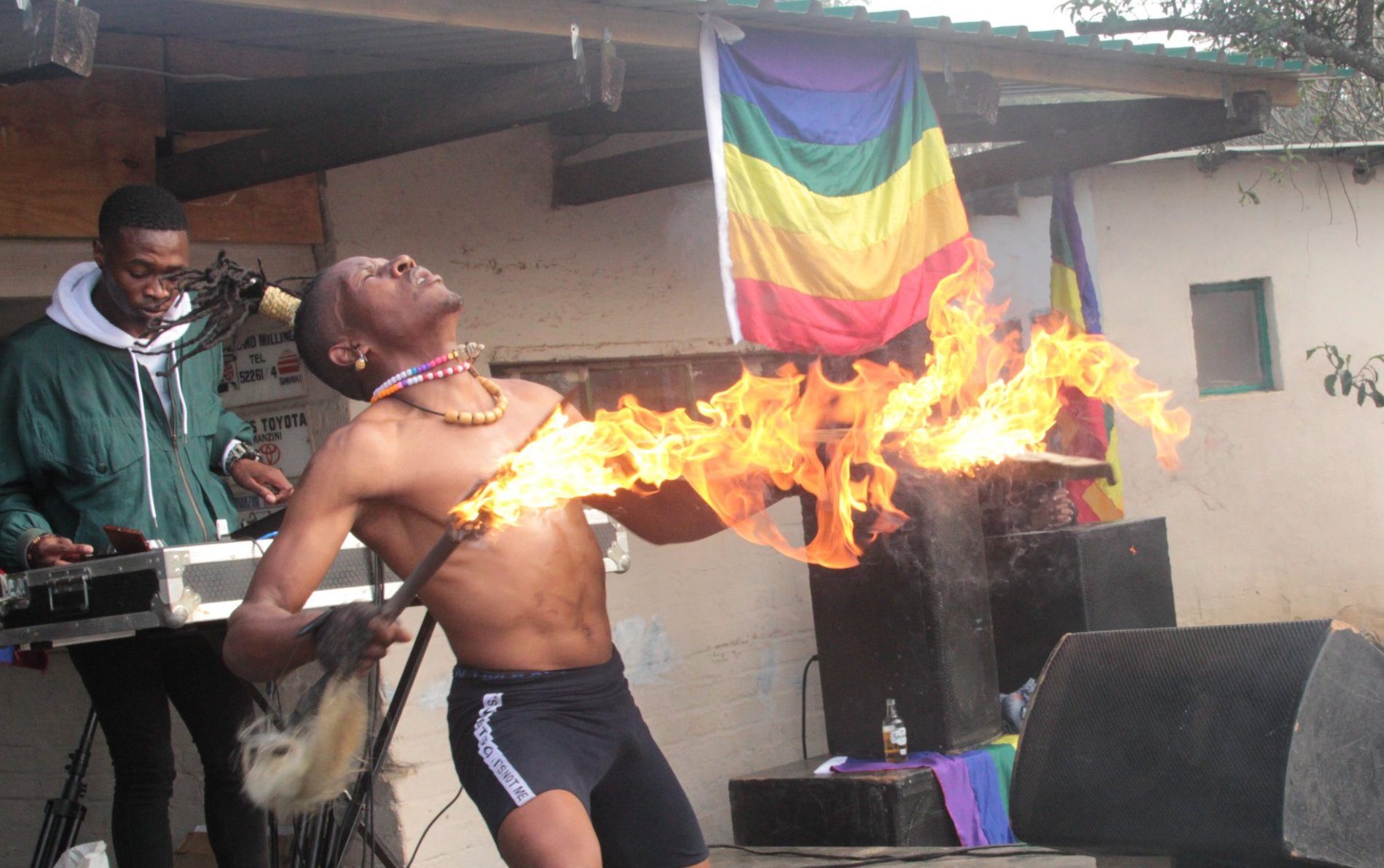 ‘It brings hope. Everytime we have a Pride event, it brings hope,’ one of the Pride organisers, Sisanda Mavimbela, said.

Sisanda explained how in previous years, when Pride was not restricted by the Covid-19 pandemic, crowds would get bigger at night because people only felt safe to celebrate when their identities were concealed by the dark.

But this year many more people were ‘out and proud’ during the day, Sisanda said.

Maxwell Gumbi went to Pride for the first time last weekend and enjoyed it so much he now thinks it ‘should happen twice a year’.

He said the day made him ‘proud to stand up for his rights’. 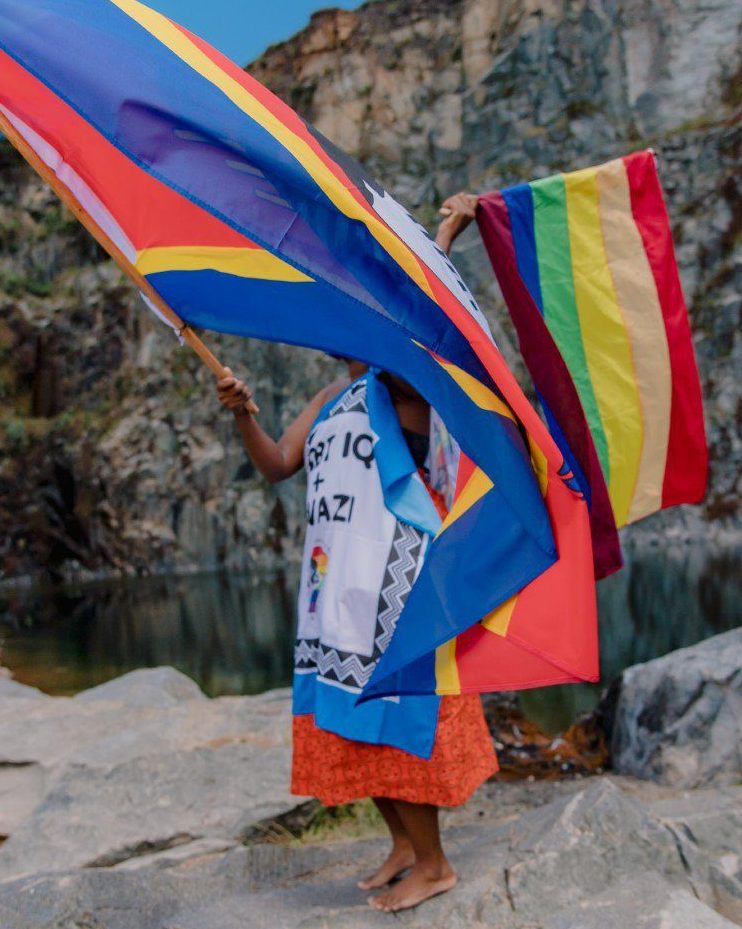 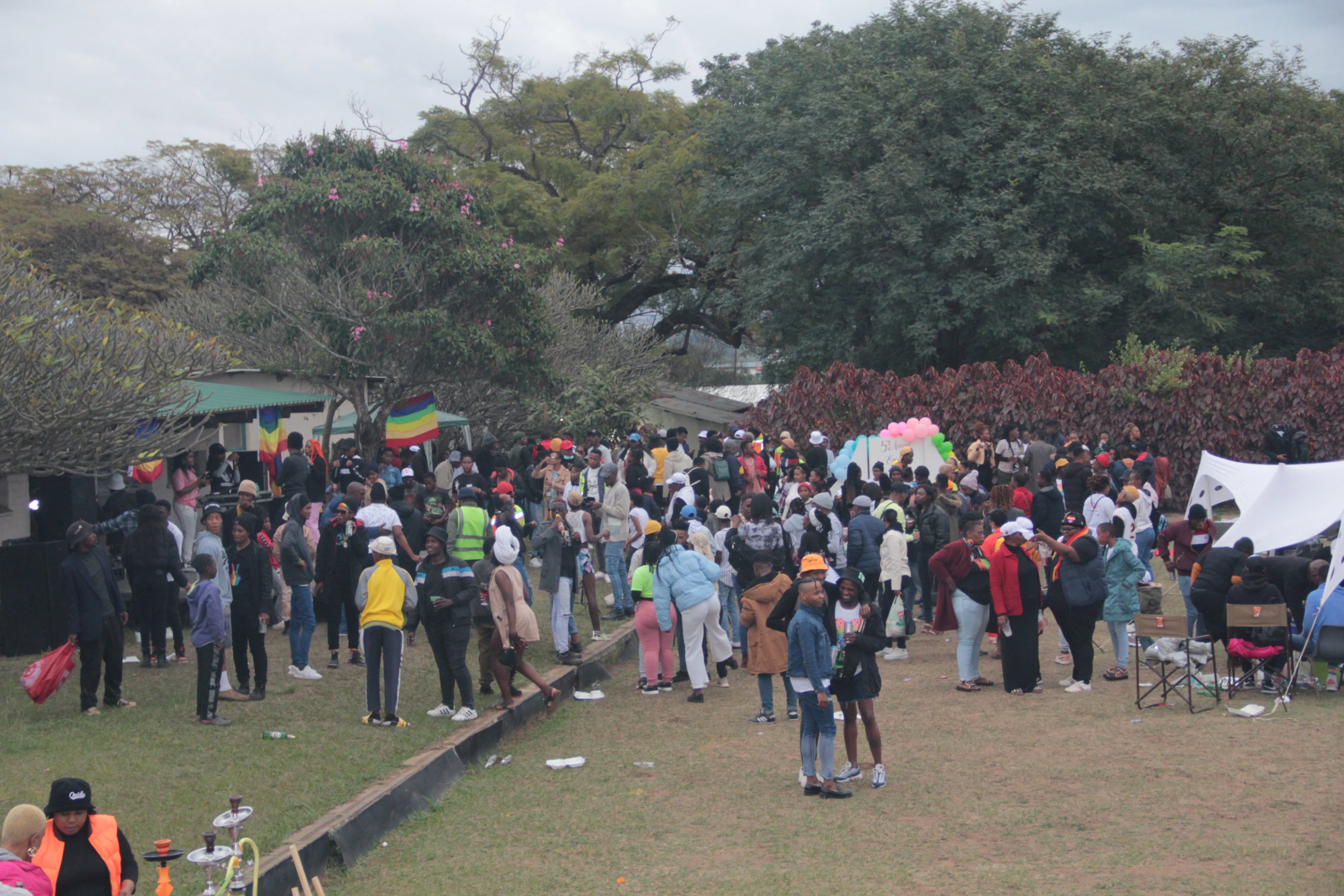 Eswatini had its first ever Pride in 2018, when international pressure helped make sure the community was given permission and protection to march through the streets.

But that has not happened since, leaving charities and activists to plan and fund any Pride events since.

They hired a country club in the city of Manzini, paid for private security, organised entertainment and invited their allies in business and government to show their support.

The Ministry of Health was reportedly the only government department there.

This year marks 50 years of Pride, so it seems only fitting that Metro.co.uk goes above and beyond in our ongoing LGBTQ+ support, through a wealth of content that not only celebrates all things Pride, but also share stories, take time to reflect and raises awareness for the community this Pride Month.

And we’ve got some great names on board to help us, too. From a list of famous guest editors taking over the site for a week that includes Rob Rinder, Nicola Adams, Peter Tatchell, Kimberly Hart-Simpson, John Whaite, Anna Richardson and Dr Ranj, as well as the likes of Sir Ian McKellen and Drag Race stars The Vivienne, Lawrence Chaney and Tia Kofi offering their insights.

During Pride Month, which runs from 1 – 30 June, Metro.co.uk will also be supporting Kyiv Pride, a Ukrainian charity forced to work harder than ever to protect the rights of the LGBTQ+ community during times of conflict, and youth homelessness charity AKT. To find out more about their work, and what you can do to support them, click here.