Michael Davies, the executive producer of Jeopardy!, officially announced Wedensday that the show has signed deals with Mayim Bialik and Ken Jennings to divvy up hosting duties once again in the upcoming season.

“In Mayim and Ken, we have two outstanding hosts at the beginning of their Jeopardy! hosting careers who connect with their own unique fanbases, new fans, and the traditional Jeopardy! viewer,” Davies wrote on the show’s website. “Ken will kick off the season in September, host the inaugural Second Chance competition and the heavily anticipated Tournament of Champions featuring Amy Schneider, Matt Amodio, Mattea Roach, Ryan Long, and many, many more. His initial hosting run will take us through December. In the meantime, Mayim will host Celebrity Jeopardy! on ABC in primetime. When she takes over from Ken in January, the current plan is to have her host a couple of new tournaments as well as the Jeopardy! National College Championship and as many weeks as she can manage with her other primetime commitment to [sitcom] Call Me Kat.” 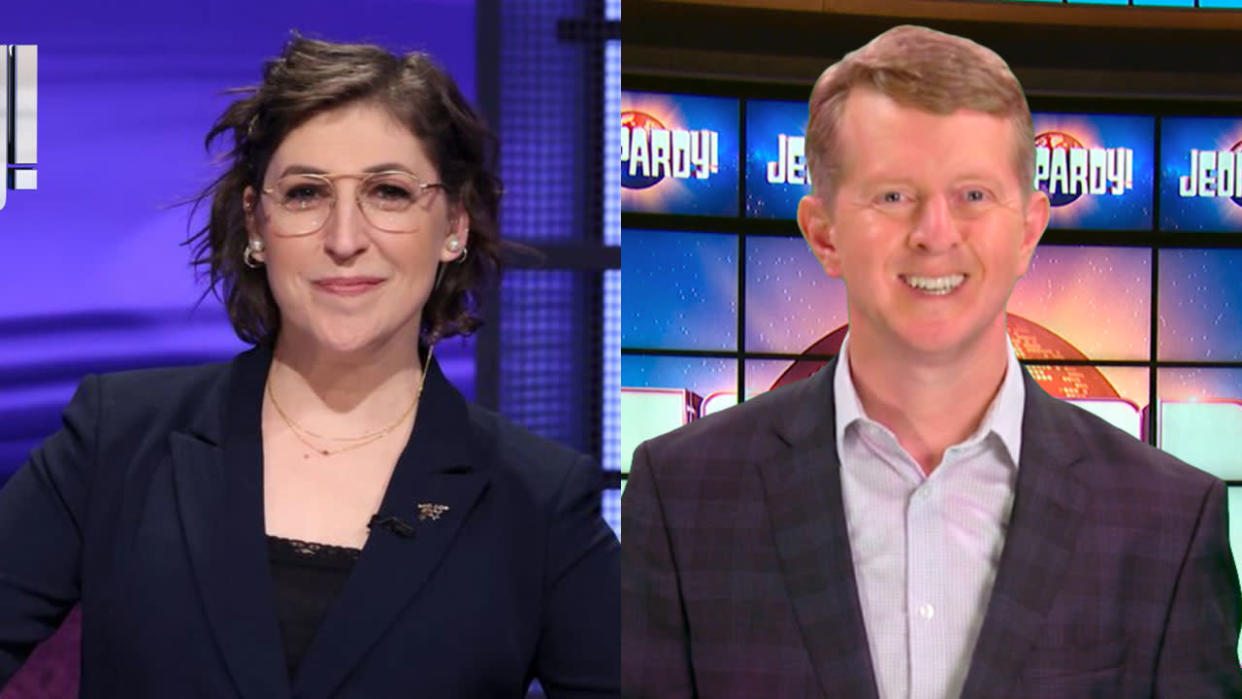 Davies added, “We know you value consistency, so we will not flip flop the hosts constantly and will keep you informed about the hosting schedule.”

The daily trivia competition was hosted by the beloved Alex Trebek from 1984 until he died from pancreatic cancer in November 2020. After that, a succession of high-profile guest hosts, including Robin Roberts, George Stephanopoulos, Aaron Rodgers, Katie Couric and LeVar Burton, read the clues, before the show announced in August 2021 that its then-executive producer, Mike Richards, would host the daily show, while Bialik, who’s also a neuroscientist, would handle special primetime episodes. However, that arrangement was short-lived, after reports that Richards had previously made offensive comments on his podcast, had faced allegations of discrimination in a previous job and had unfairly given himself the Jeopardy! gig.

Bialik and Jennings, the winner of the show’s Jeopardy! The Greatest of All Time tournament, then took over last season.

As he shared the latest hosting news, Davies explained that the show would be expanding to include a celebrity edition, as well as a behind-the-scenes podcast, Inside Jeopardy!; a daily three-minute highlight recap on the show’s website and social media channels; and a summer of the best episodes from last season, as handpicked by producers, rather than a rerun of tournaments. And more is in the works.

“On Monday’s podcast, we will announce all of the contestants who will be returning for a Second Chance to become a Jeopardy! champion,” Davies wrote. “And I will share my vision for Jeopardy!‘s future, including new developments in the areas of pop culture and sports, plans for a Jeopardy! Honors awards show and my biggest and most passionately held idea: a Jeopardy! Masters league in primetime or on a streaming platform.”