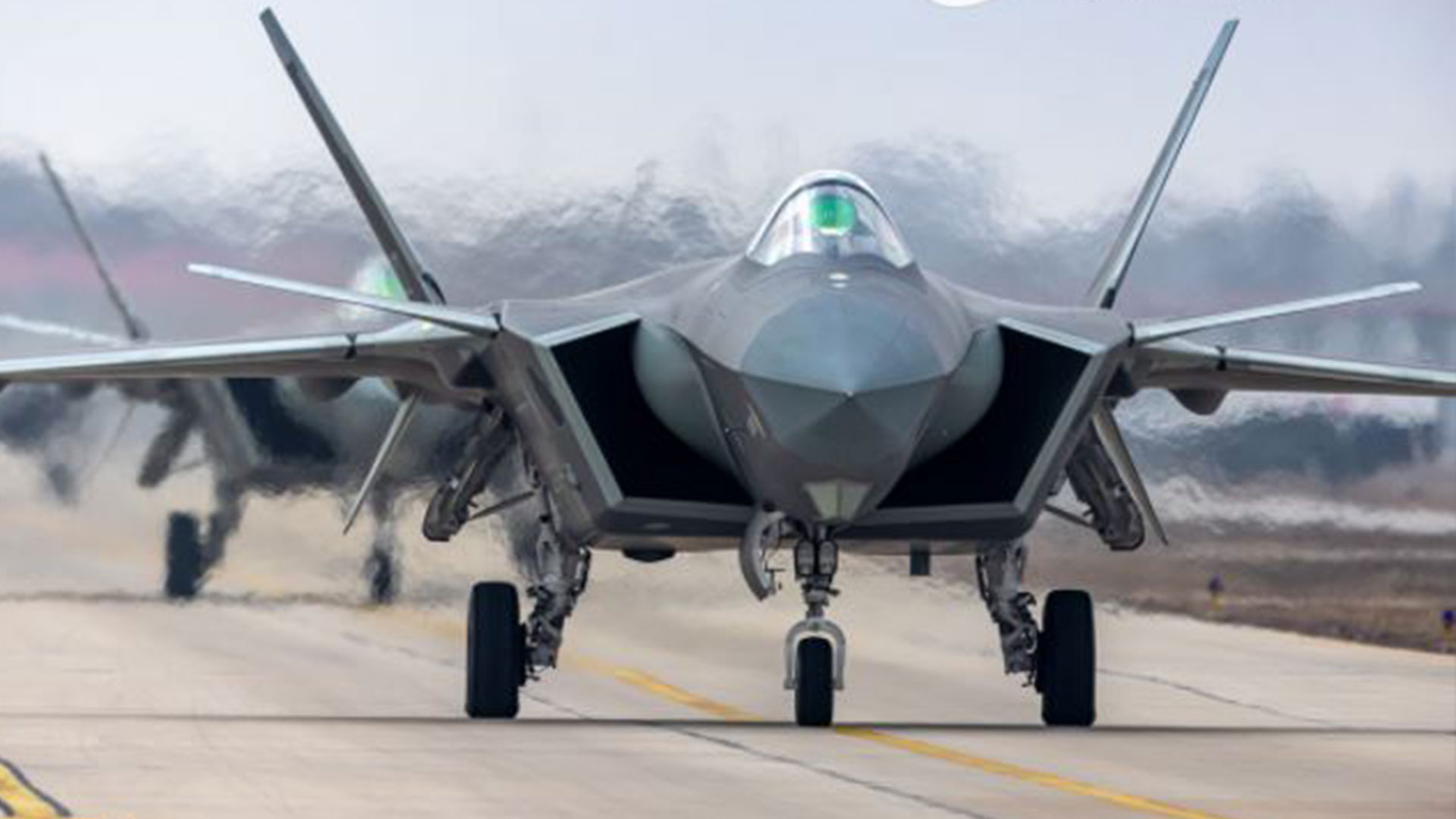 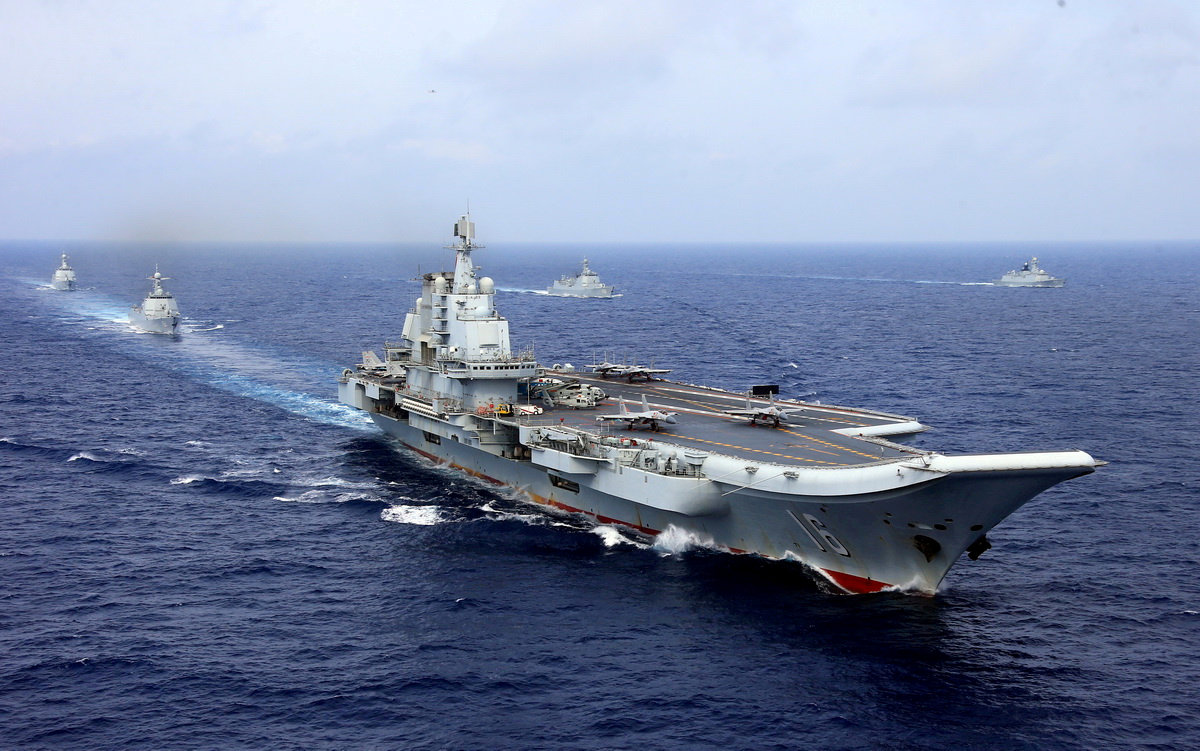 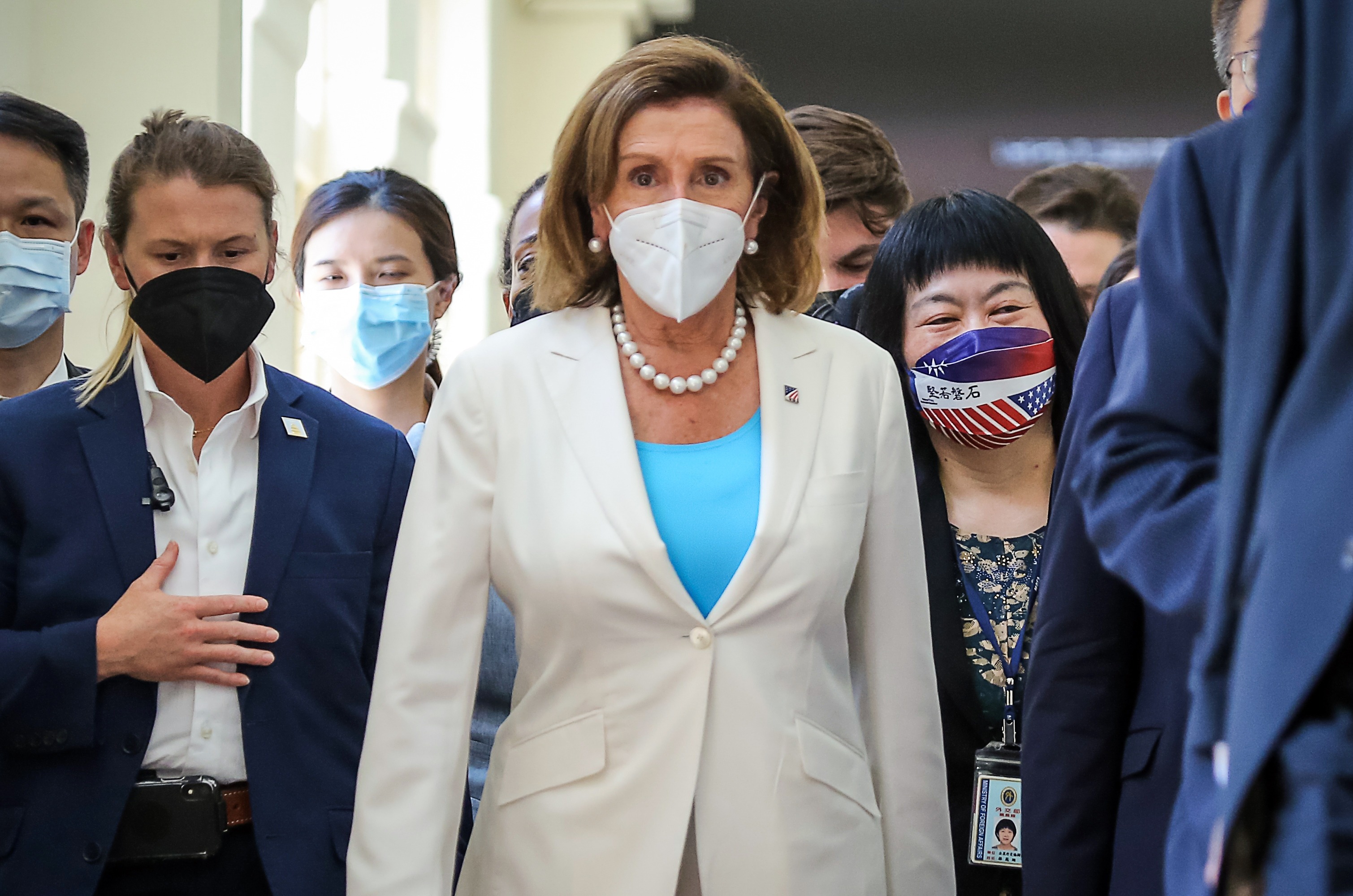 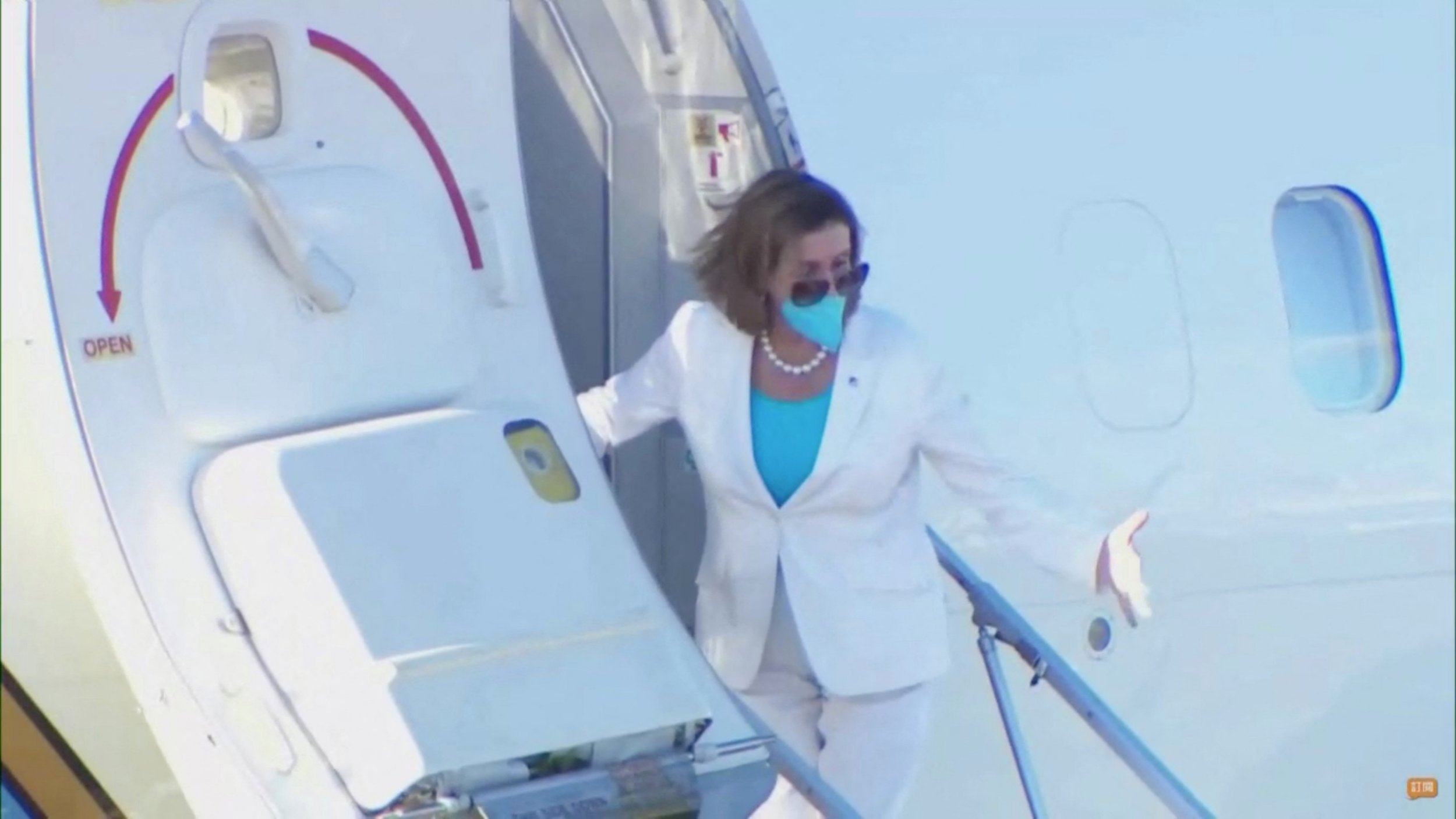 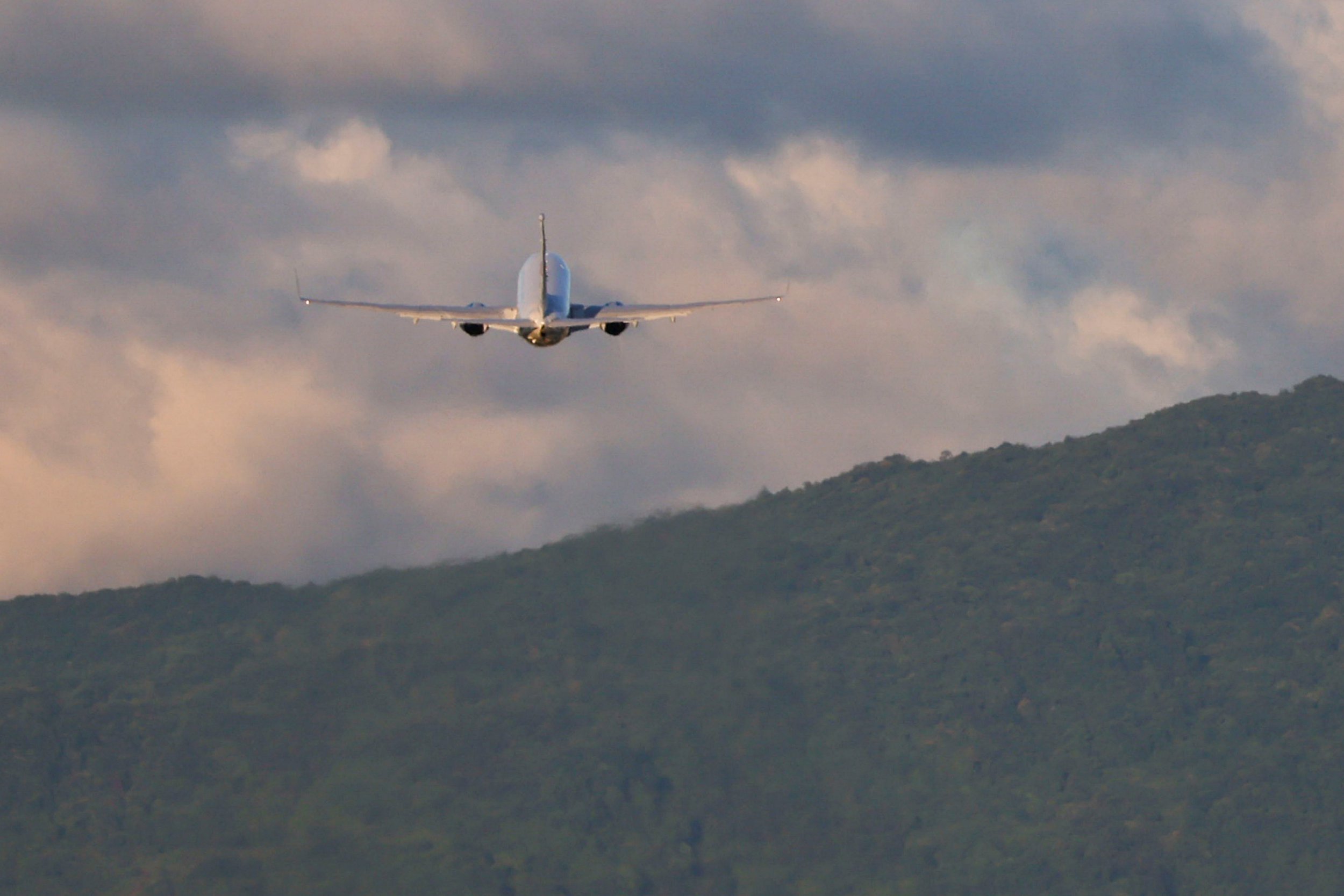 A total of 27 fighters planes – including 16 Su-30 jets – crossed into the zone as Taipei ramped up its defence.

Defiant Taiwan leaders have said they "won't shy away" from fighting with China if pushed to it.

The country's generals said: "We are resolved to uphold our sovereignty, liberty and democracy.

"We fear no threat or challenges. We are not eager for a fight, nor will we shy away from one. 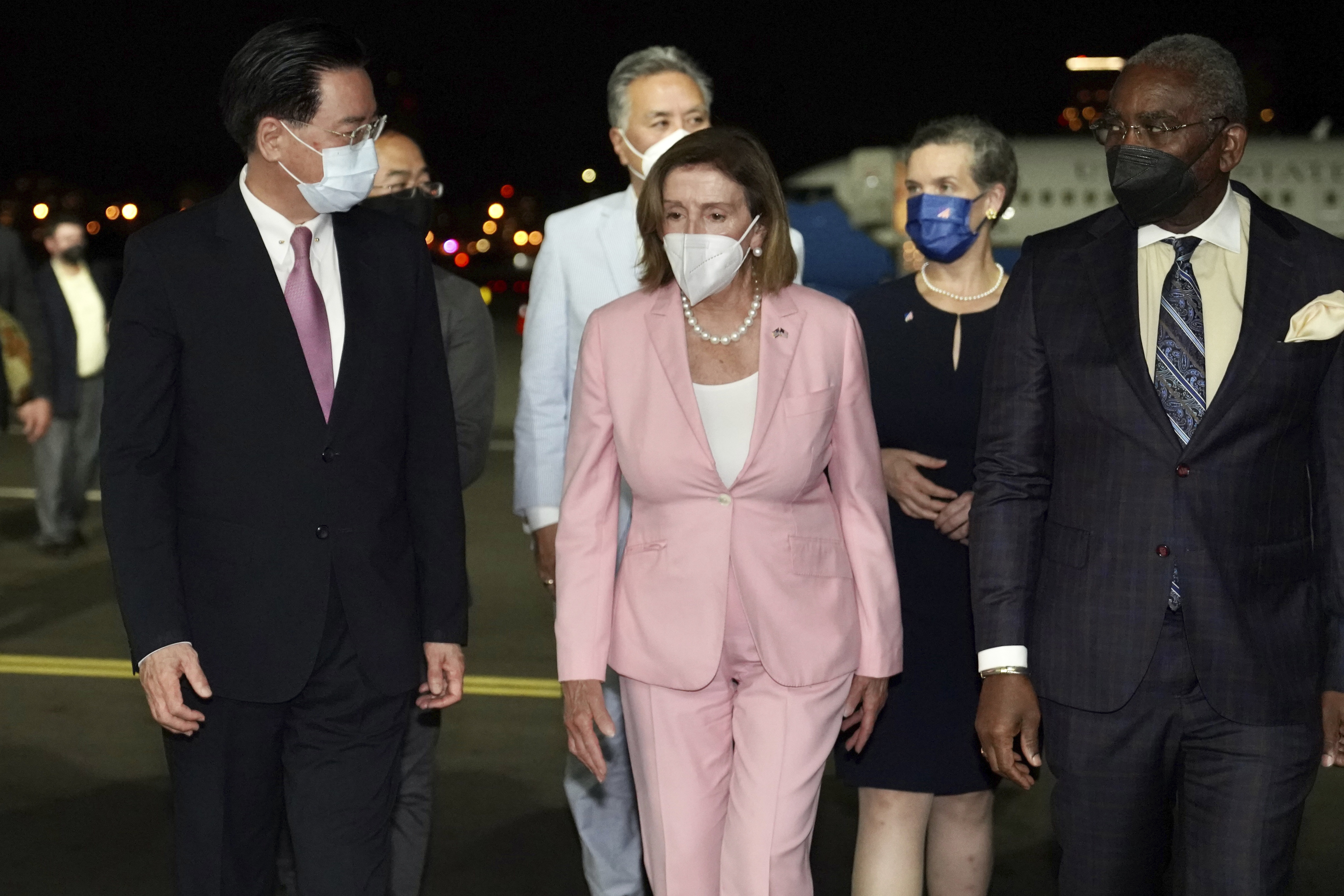 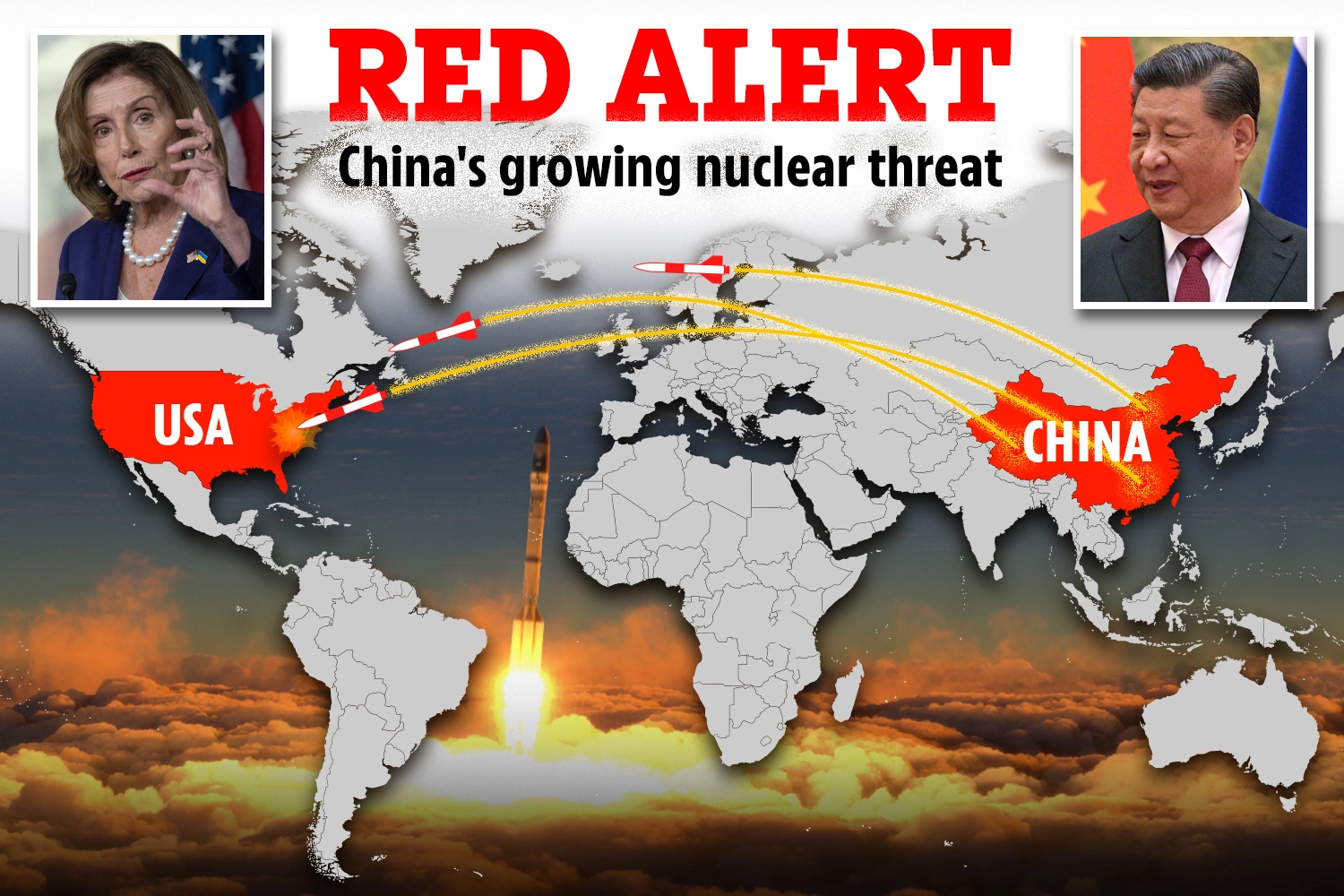 "We have the capacity and the will to uphold our valued liberty and democracy, and maintain our region's stability."

It comes after the country's defence ministry revealed China's military exercises had invaded Taiwan's territory by blocking its sea and air space.

The move came hours before Nancy Pelosi – the highest level US figure to visit the contested island in 25 years – left the island on Wednesday.

The speaker, who donned a white suit and blue face mask, waved at politicians before boarding the aircraft.

Leona Lewis reveals she has given birth- and shares adorable name

I called Coleen and said 'what the f**k is this?' after THAT post, says Rebekah

Taiwan's Defence Ministry said China's military drills in its sea and airspace were "endangering international shipping lanes, challenging the international order, undermining the status quo in the Taiwan Strait, and endangering the area".

Pelosi had previously described the self-ruled island as "one of the freest societies in the world".

The US politician who arrived in Taiwan defying China's warnings met with the country's President Tsai Ing-wen- an unannounced visit that has infuriated China.

Addressing the parliament Pelosi said: "Our delegation came to Taiwan to make unequivocally clear that we will not abandon Taiwan.

"Now, more than ever, America's solidarity with Taiwan is crucial, and that's the message we are bringing here today."

She added that new US legislation aimed at strengthening the American chip industry to compete with China "offers greater opportunity for U.S.-Taiwan economic cooperation."

A long-time China critic, especially on human rights, Pelosi is set to meet with a former Tiananmen activist, a Hong Kong bookseller who had been detained by China and a Taiwanese activist recently released by China.

China insisted Wednesday its military exercises around the Taiwan Strait were "necessary and just" in the wake of US House Speaker Nancy Pelosi's visit to the self-ruled island.

"The Chinese military's conducting of military exercises in the sea near China's Taiwan are a necessary and just measure to resolutely protect national sovereignty," foreign ministry spokeswoman Hua Chunying told a regular briefing.

"In the current struggle surrounding Pelosi's Taiwan visit, the United States are the provocateurs, China is the victim. The joint provocation by the US and Taiwan came first, China's just defense came after," she added.

In response, China has announced a series of live-fire military exercises around Taiwan, with the Eastern Theatre Command saying that "joint naval and air exercises will be conducted in the northern, southwestern, and southeastern sea and airspaces" of the island.

It is also set Thursday to begin further live-fire military drills in zones encircling Taiwan — at some points within just 12 miles of the island's shore.

The drills will include "long-range live ammunition shooting" in the Taiwan Strait, which separates the island from mainland China and straddles vital shipping lanes.

After Pelosi's visit China summoned the US ambassador,accusing her of "playing with fire" and saying the US "must pay the price for its mistake".

The country's Foreign Ministry said: "The United States, for its part, has been attempting to use Taiwan to contain China.

"It constantly distorts, obscures and hollows out the 'One China' principle, steps up its official exchanges with Taiwan and emboldens 'Taiwan independence' separatist activities.

"These moves, like playing with fire, are extremely dangerous. Those who play with fire will perish by it."

State-affiliated media in China yesterday quoted the country's Ministry of National Defence as saying the People's Liberation Army will be countering Pelosi's visit to Taiwan in a bid to "defend national sovereignty and territorial integrity".

The operations would include live fire drills and "war games" around the coast of the island, which China claims is a breakaway province.

On Tuesday, China announced a series of life-fire exercises surrounding Taiwan between Thursday and Sunday.

Commercial ships and flights have been warned to avoid these areas during these times. 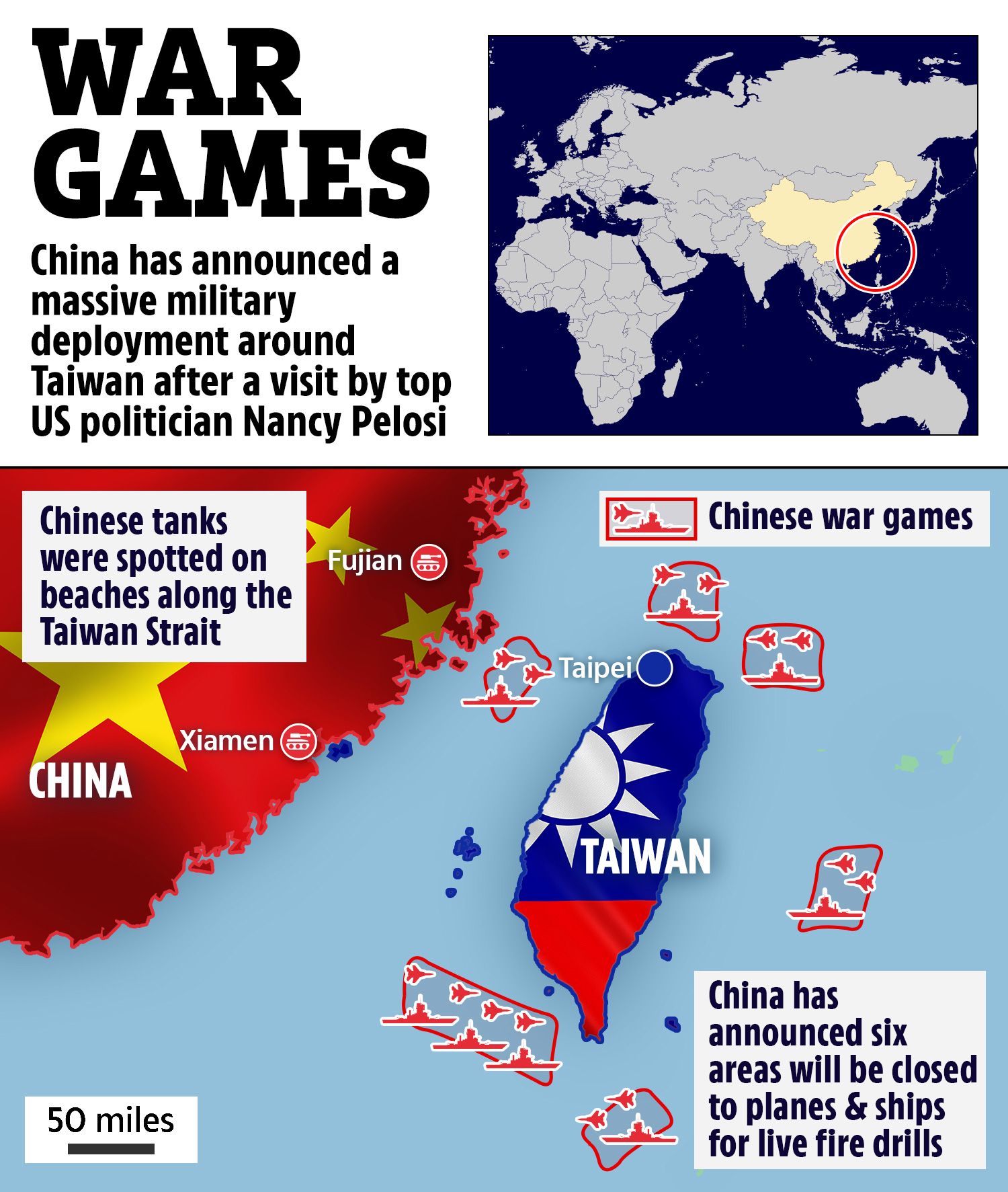 China has vowed to "fight to the death" over Taiwan, amid the deployment of warships, tanks and fighter planes to its southeast coast just 100 miles from the island.

Speaking after she touched down, Pelosi denied that her visit "contradicts" the longstanding US policy on Taiwan.

"Our delegation’s visit to Taiwan honours America’s unwavering commitment to supporting Taiwan’s vibrant Democracy," she said. "Our discussions with Taiwan leadership reaffirm our support for our partner & promote our shared interests, including advancing a free & open Indo-Pacific region."

In response, the US Navy deployed four warships east of Taiwan, while Chinese vessels and planes moved close to the median line of the Taiwan Strait.

Surreal footage shows the bizarre moment a column of Chinese tanks make their way along a packed tourist beach on the opposite coast from Taiwan.

The ramped-up rhetoric has sparked fears of bigger warplane incursions by China into Taiwan's territory.

China could potentially keep up this level of aerial war games for days if not weeks, stretching Taiwan's smaller airforce as it seeks to drive away planes.

Beijing will have to respond militarily "in a way that's a clear escalation from previous shows of force," Amanda Hsiao from Taiwan-based Crisis Group told MSN.

Rumours are also flying of a possible missile test close to Taiwan as an act of provocation.

In the most recent military drill in the South China Sea in August 2020, the People's Liberation Army launched "carrier-killer" ballistic missiles in apparent response to US naval exercises.

On Monday, Taipei had a glimpse of this after Beijing banned food imports from more than 100 Taiwanese suppliers.

China has also hit various Taiwanese leaders with sanctions, including bans on travelling to the mainland.

If China disrupts shipping in the Taiwan Strait, a key global trade route, this could harm its own economy.