WARNING: This article contains graphic content that some readers may find distressing

As Colin Stratton, 80, sat in a chair on the front verandah of his family home he begged his son to shoot him and end his chronic pain. He had been told paperwork for assisting dying could take weeks.

A former linesman for the state electricity commission, he’d been a long supporter of euthanasia and spoken to his doctor about the state’s voluntary assisted dying program many times before. 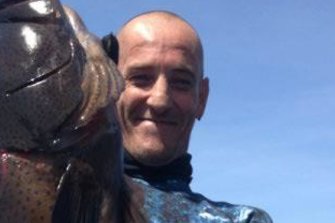 Glenn Stratton was placed in an unenviable position by his father, Justice Elizabeth Hollingworth said.

But in May this year, as his terminal cancer and impending loss of independence became unbearable, he begged his son Glenn Stratton to help him end his life on his own terms.

Justice Hollingworth found Glenn had ultimately pulled the trigger out of love and a respect for his father’s wishes, not out of any self-interest, and that as a son he was placed in a totally unenviable position when the 80-year-old kept asking for help.

“This is a case where justice should be tempered by mercy,” Justice Hollingworth said.

“As you told the police, your father had always been there when the family needed him and you would have done anything for him.”

The Victorian Supreme Court heard Colin – a hardworking father – lost his wife to a brain haemorrhage in 2015 after she suffered a long battle with ill health.

Glenn came back to Castlemaine from Queensland to care for his mother and they had long and painful family conversations about euthanasia before he relocated permanently to be with his grief-stricken father after she died.

In 2018 Colin was diagnosed with an aggressive form of bowel cancer and although he survived surgery made riskier due to heart problems, he spent the rest of his life undergoing chemotherapy, radiotherapy and immunotherapy.

A week before his death, Justice Hollingworth said Colin added a page to his advanced care direction saying: “I do not do this because I’m depressive… but because I feel now is the right time”.

He’d even tried to purchase a euthanasia pill online, but it turned out to be a scam.

The court heard that in the days leading up to his death, the family had witnessed Colin’s health decline.

Shortly before 9am on May 24, the 80-year-old drove himself to his local doctor’s clinic and asked to see a GP, even though he didn’t have an appointment.

There, the court heard, Colin asked for a suicide pill but was told even if they began the paperwork that day the process could take up to a fortnight.

And when Glenn arrived at the clinic soon after, Colin was overheard saying “today is my day”.

“He repeated he wanted something to kill him that day,” Justice Hollingworth said.

“You told your father you did not want to but would help if you could.”

The pair drove home together around 10.30am and Colin asked his son to fetch a rifle and a bullet from the shed. The 54-year-old protested, the court heard, but his father said he was going to do it that day with or without his help.

“You knew your father was a strong and determined man, someone who would try to follow through on his intentions, even if he ended up botching the job. You were placed in a totally invidious and unenviable position when he kept asking you for help,” Justice Hollingworth said.

“Your father pointed the rifle at his head but he was unable to reach the trigger. Your father placed the butt of the rifle in your hand and held the barrel to his forehead. He counted down twice, but each time you said you couldn’t do it.

“He started counting down again. You told your father that you loved him.”

After the shooting, Glenn was arrested and charged with murder. He spent 46 days in custody, missing his father’s funeral, before the charge was replaced with aiding and abetting suicide.

On Thursday, Justice Hollingworth convicted Glenn and placed him on an adjourned undertaking for two years, telling the court the 54-year-old had already been punished in a number of ways.

In witness impact statements, other family members described Glenn’s actions in helping their father achieve his wishes as loving, courageous and selfless.

They said they hoped voluntary euthanasia would become more accessible in the future so that other families would not have to go through what they went through.