A woman accused of using a hunting rifle to kill her long-time partner in Western Australia’s South West two years ago was caught up in a “perfect storm of unfortunate circumstances”, according to her lawyer, who said his client had no murderous intent. 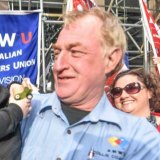 Debra Jane Alicia Holmes is on trial for the murder of Wayne Chappell, her de facto husband and the father of her two daughters.

During the first day of Ms Holmes’ hearing, the court heard the couple had been together for 35 years when, on July 15, 2018, Mr Chappell was shot dead in a shed on the pair’s hobby farm just east of Collie, in Muja.

State prosecutor Brett Tooker said Mr Chappell, a boilermaker who worked for Griffin Coal, died within minutes after a single shot from a .22 bolt action rifle struck his abdominal aorta.

Mr Tooker said the pair had argued prior to the shooting and the State accepted Ms Holmes had been assaulted by Mr Chappell that evening.

The prosecutor told the jury they would hear four triple-0 calls made by Ms Holmes immediately after the shooting, in which she will be heard to say: “I just shot my husband”, and “I was just like, 'f— you' … I can’t take it anymore”.

The court heard Mr Chappell had dragged Ms Holmes by the hair that evening in what the defence referred to as a “violent assault” that left gravel in her underwear.

Images of Ms Holmes’ injuries, which included a grazed hip and knee, are expected to be shown to the jury during the trial. 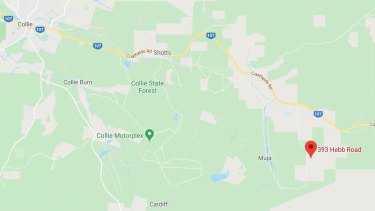 Mr Tooker said if Mr Chappell was alive, he should have been charged with assault, but that his violence did not justify the shooting.

The prosecution said Ms Holmes, who has been in custody since her arrest, had been a “big drinker”, and had recorded a blood alcohol reading of 0.1 per cent more than 10 hours after the shooting, with ChemCentre experts estimating a back calculation reading of .204 per cent at the time of the alleged murder.

The couple had both been drinking on the night of the shooting but, despite the violence that ensued, were ordinarily in a loving relationship.

The court was shown diagrams of where the shooting took place, as well as photos of the rifle used that showed a modification made to the firearm defence lawyer Curt Hofmann said equated to an "accident waiting to happen".

It was this "dodgy" rifle, coupled with alcohol and a possible deterioration in the couple's relationship that culminated in a "recipe for disaster", according to Mr Hofmann, who said plans for a holiday and improvements to Mr Chappell and Ms Holmes' farm did not "paint the picture of someone with murderous intentions".

Rather, the defence will argue Ms Holmes had no intention of ever firing the rifle and the modification provided the potential for the firearm to accidentally discharge.

Rather than proving any part of the state's case, Mr Hofmann said the triple-0 calls made by Ms Holmes, and a later offer of a "cup of tea" to a police officer called to the scene, were proof his client was in a state of shock and had been in a "complete state of disarray" in the immediate aftermath of the shooting.

The trial, set down for 12 days, continues.