An illegal immigrant from Mexico, charged with being drunk and crashing his vehicle into a mobile home in California last month, killing a couple and their 10-year-old son, now also faces federal weapons charges, authorities said.

A pistol that had been reported stolen in Idaho in 2017 was found inside the suspect’s vehicle several days after it was towed from the crash scene, the Sacramento Bee reported.

Later, another weapon was found during a search of the suspect’s home, the report said. Authorities believe the second weapon also had been stolen but was never reported as such.

The suspect, identified as Ismael Huazo-Jardinez, was already facing manslaughter and drunken driving charges when he was indicted Thursday on two counts of being an alien in possession of firearms while in the U.S. illegally, the Bee reported. 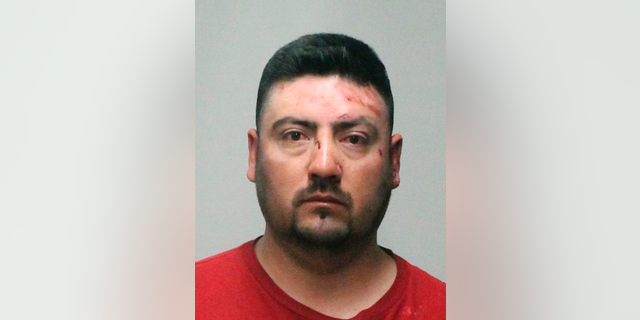 Word of the newest charges came from the office of U.S. Attorney McGregor Scott, the report said.

According to authorities, Huazo-Jardinez was behind the wheel on May 4, speeding around a curve on State Route 113 in Sutter County when he lost control and crashed into the mobile home.

Killed in the crash were three residents of the home: Parents Jose and Anna Pacheco, ages 38 and 34, and their son Angel, 10. The couple’s 11-year-old daughter was seriously injured but survived, according to the Bee.

Huazo-Jardinez was said to be “severely impaired,” with a blood-alcohol level far above the state limit, according to the report. He was initially released on bail but was then detained by U.S. Immigration and Customs Enforcement (ICE).

The search of the suspect’s home also uncovered $12,000 in cash, more than two dozen cellphones and a Mexican passport, making authorities believe he was preparing to leave the U.S.

He is currently in Sacramento County jail without bail, the Bee reported.