KIEV (Reuters) – Ukrainian President Volodymyr Zelenskiy said on Thursday he would be ready to open a probe into any Ukrainian interference in the 2016 U.S. presidential election but denied that President Donald Trump had tried to blackmail him. 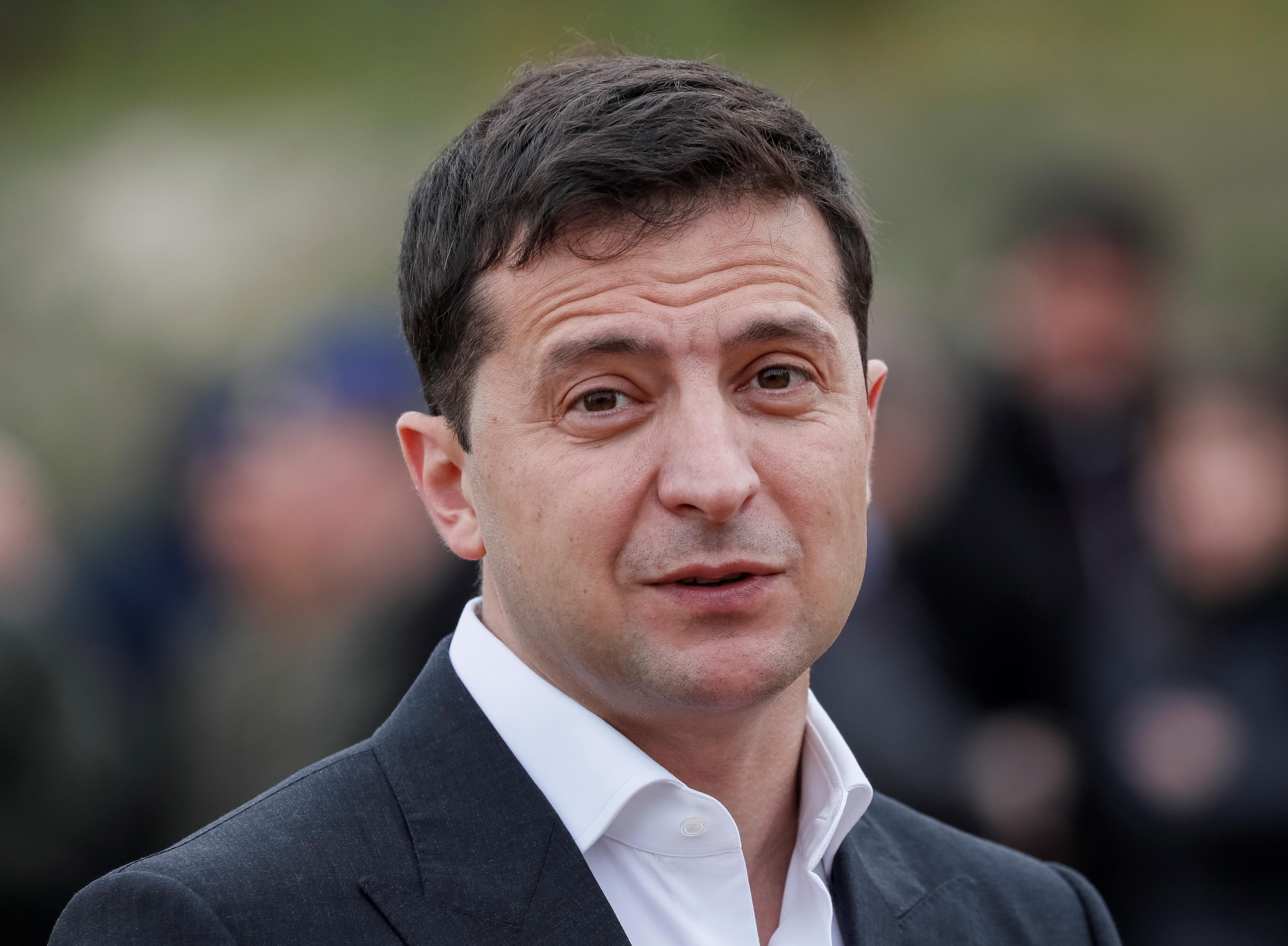 Zelenskiy was asked repeatedly about his relations with the Trump administration while speaking to reporters at a NEWS conference that lasted more than 14 hours at a food court in Kiev with rotating groups of reporters.

He also addressed other issues that have dogged the early months of his presidency, including his links to a controversial business tycoon, his relations with Russian President Vladimir Putin and his attempts to end Ukraine’s war against Russian-backed forces in the eastern Donbass region.

A former comedian who won a landslide election victory in April despite having no political experience, the 41-year-old Zelenskiy has been unwillingly drawn into a political battle in Washington between Trump and his Democratic opponents.

The U.S. House of Representatives has launched an impeachment inquiry against Trump, focused on whether he used congressionally approved aid to Ukraine as leverage to pressure Zelenskiy to investigate former Vice President Joe Biden, one of Trump’s main Democratic rivals as he seeks re-election in 2020.

Zelenskiy told reporters that Trump did not seek to blackmail him during a phone call in July or a meeting in September.

Trump has made allegations, without evidence, that Biden engaged in improper dealings in Ukraine. Biden’s son Hunter was on the board of Ukrainian gas company Burisma. Trump’s personal attorney Rudolph Giuliani also alleges some officials in Ukraine conspired to help Trump’s Democratic challenger Hillary Clinton.

Zelenskiy said he was open to a joint investigation into Burisma and the 2016 U.S. election but stressed Ukraine was an independent country with independent law enforcement agencies whose work he had no right to influence.

“There was no blackmail. This was not the subject of our conversation,” Zelenskiy said about his call with Trump.

While Zelenskiy was speaking, prosecutors in the United States said two of Giuliani’s associates had been arrested in a scheme to illegally funnel money to a pro-Trump election committee and other U.S. political candidates. Zelenskiy said he had never met them.

Dressed in a suit and no tie, switching between Ukrainian, Russian and sometimes English, Zelenskiy’s news conference ended just after midnight (2100 GMT) and was occasionally interrupted by protesters shouting from the floor below.

He addressed his relations with Ihor Kolomoisky, one of Ukraine’s wealthiest men whose protracted battle with the authorities over control of a large bank has colored Ukraine’s image in the eyes of foreign investors.

He also accused Russia of delaying a summit aimed at resolving the conflict between Kiev and Russian-backed forces in the Donbass region that has killed more than 13,000 people in five years.

But the press conference repeatedly circled back to Ukraine’s role in the impeachment inquiry in the United States — Zelenskiy at one point lowered his head in mock exasperation and grinned at yet another question on the issue.

Zelenskiy said he had no desire to interfere in the U.S. election next year but added that he was prepared to do a joint investigation into Burisma.

“And we are ready to investigate interference in the (2016) election from the Ukrainian side, if it took place. Because there is really much information on this out there. But it has to be confirmed.”