TANGERANG, Indonesia (Reuters) – For the residents along Indonesia’s Cisadane River, the coronavirus has brought not just deadly disease, but also a deluge of medical waste: a constant stream of syringes, face masks and hazmat suits floating by. 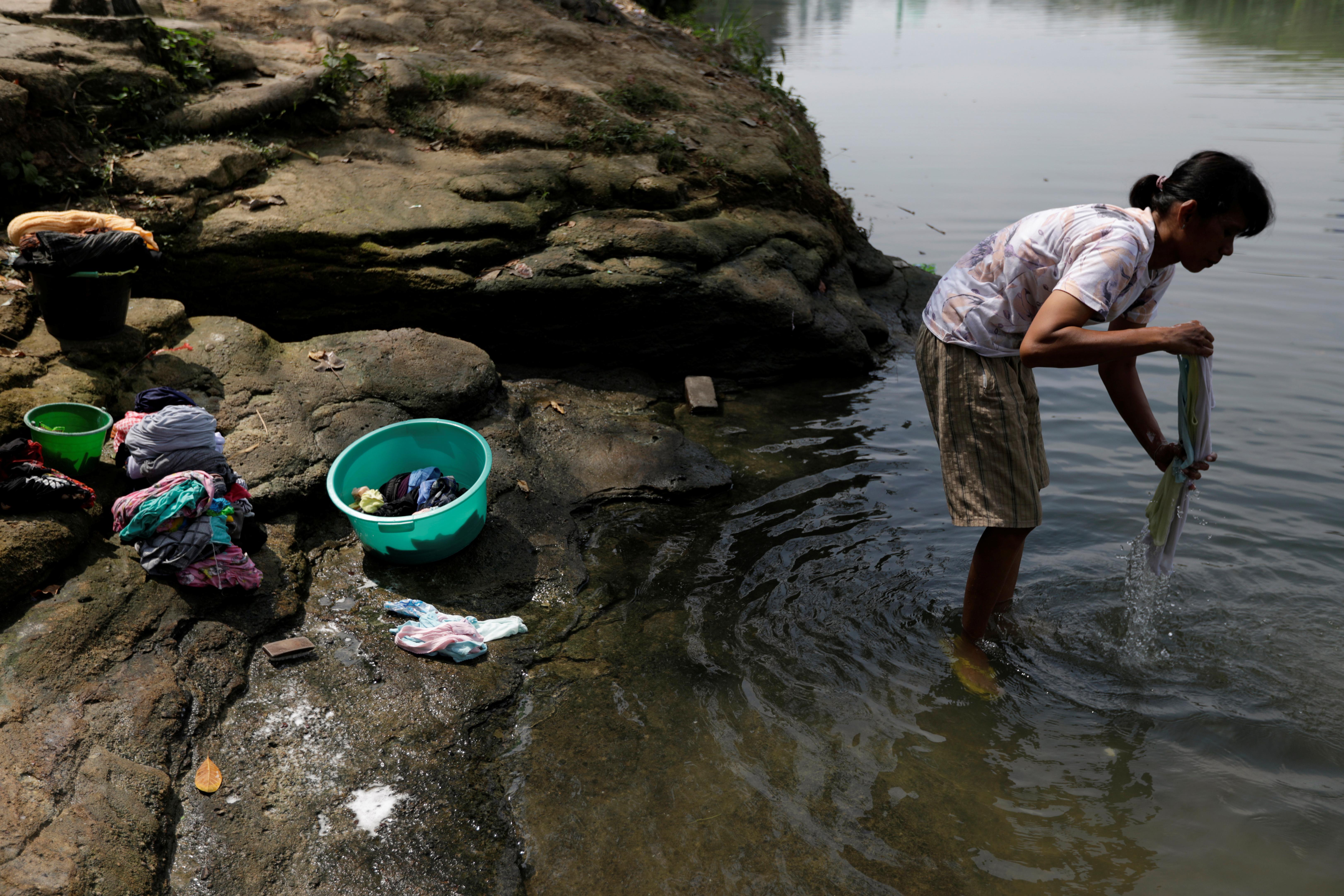 The double threat for those who depend on the 138-kilometre-long river to bathe and wash their clothes comes as Indonesia has struggled to contain COVID-19, now with the highest death toll in Southeast Asia, and in the past week almost 3,000 new infections a day.

As the virus has spread, medical waste had been piling up at Tangerang’s Cipeucang landfill. Then in May its walls collapsed, sending tons of garbage straight into the Cisadane’s khaki green waters.

“I still worry to be honest, but I have to wash here,” local resident Eka Purwanti, 36, told Reuters, as she did her laundry in the river, and children played on the riverbank, “I hope nothing will happen, although I know it’s a deadly disease.”

Like countries around the world, Indonesia has seen the pandemic bring a huge increase in medical waste, an issue that has raised concern in places from Spain to Thailand and India.

In the months since the landfill collapsed, Ade Yunus, founder of the Cisadane River Rubbish Bank, has been working to cleaning up the waterway.

“The first time we found medical waste was after the landslide,” said Yunus, bending down to pick up a syringe and deposit it in a safe box. “In the beginning, we found around 50-60 items every day.”

Indonesia’s health ministry acknowledged the problem – saying 1,480 tons of COVID-19 medical waste was produced across the country from March through June – and admitted the country lacked treatment facilities, but was working on solutions.

Most health facilities in Indonesia, including hospitals, currently rely on third parties to incinerate their waste.

The deluge has raised fears among public health experts that the medical waste could spread the disease, with those in riverside communities at high risk.

“If this medical waste spreads in the residential area near the river then it could potentially pollute the water that is used by people there,” said Mahesa Paranadipa Maikel, an epidemiologist from the Indonesian Law Health Society, “It could potentially result in the transmission of COVID-19.”

By the river, it’s a risk residents recognise.

“I worry if the children could get infected with COVID-19 when they swim here,” said Cisadane local Astri Dewiyani. “That’s why I always forbid my kids to swim at the river.”