SURROUNDED by miles of ocean, desolate highlands and "end of the Earth" views – welcome to one of the world's most isolated homes on the tip of Australia. 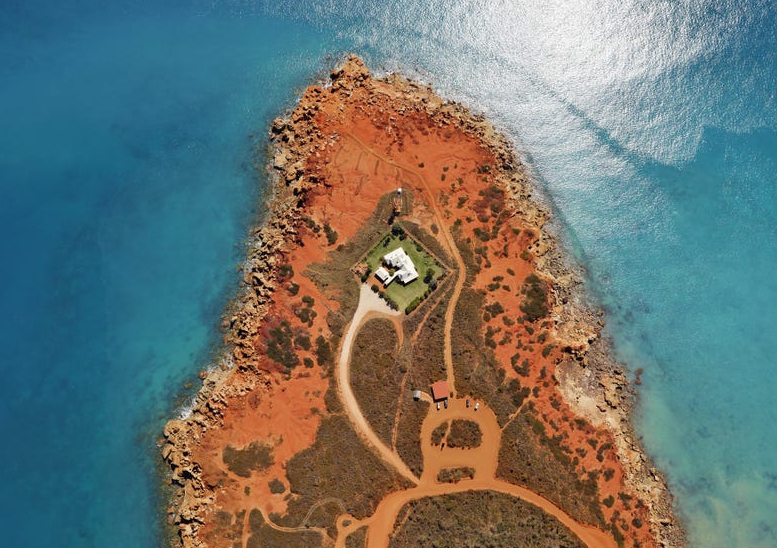 Located on Broome's Gantheaume Point, the home sits on top of a prehistoric cliff in an area famed for its unforgettable sunsets, turquoise waters, and a 130 million-year history dating back to dinosaurs.

Now, the region's most unique piece of real estate is on the market for the first time in four decades.

Real Estate agent Caro Cunningham said the house was "probably one of the most iconic homes along the West Australian coastline".

"You’re right on the end of Gantheaume Point so there’s no other properties around you."

Cummingham said "The Point House" has been with the same owners for 40 years and was redesigned in 1996 after the original home was destroyed by fire in 1970.

"They’ve loved living there. They’re downsizing so it’s been a bit of a wrench to let it go," she said.

The original home, which sat near the landmark Gantheaume Point lighthouse, served as the lighthouse keeper's quarters from 1906 before it was sold to local pearler Patrick Percy.

It was later converted into a nun's retreat and a camp for Girl Guides and in 1996 it was rebuilt in a way that takes in the surrounding ancient environment.

The owners used handfuls of pindan clay sand native to the Kimberley region to paint the exterior walls so they blended in.

The homes has five bedrooms and three bathrooms, a lounge room with cathedral-like, cedar-lined ceilings and exposed timber beams along with Chinese slate floors.

There are also three outdoor entertaining areas, including the veranda and lawn area, a central courtyard and a firepit where you can observe the distant sunsets.

Cunningham said the Broome home was "highly sought-after" since the pandemic and that buyers rushing out of Perth to escape continuing Covid restrictions.

"It's a wonderful place to get away from it all," she told the Daily Mail.

Inspections run from September 10 until September 13 by appointment only with bidders having until October 15 to submit an offer. 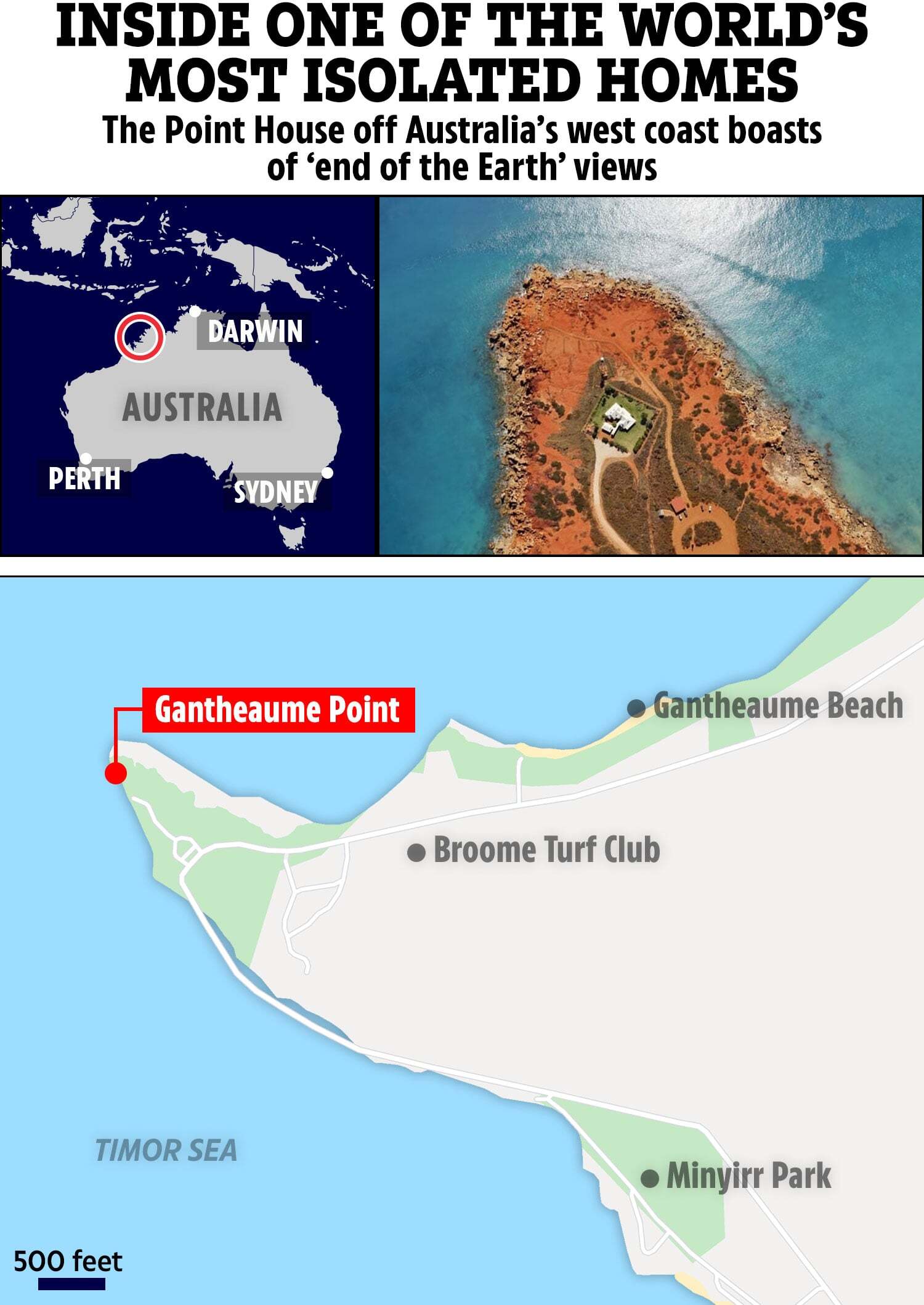 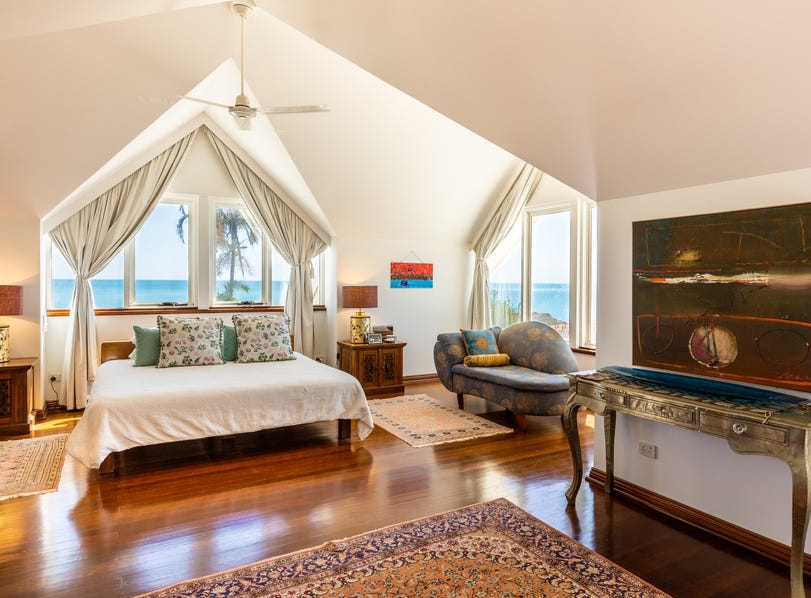 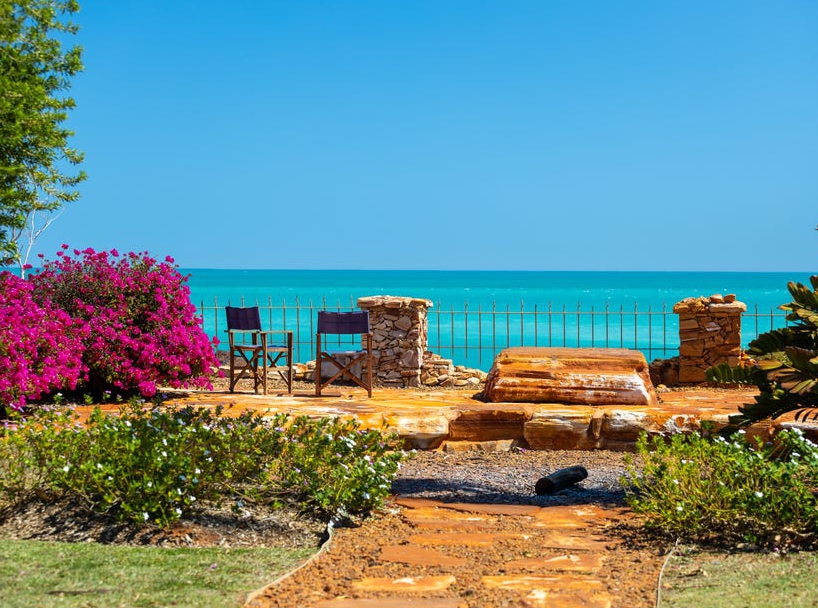