‘Is my MP a p***k?’: Website rating politicians on their voting records attracts 250,000 views in just four days despite huge pro-Labour bias with ALL Tories getting the thumbs down

The website, which was set up on Sunday, allows constituents to search their MP’s name and rates politicians based on their voting records.

While all Tories are branded ‘p***ks’ by the website, the majority of Labour, SNP and Lib Dem MPs have been rated favourably.

Examples of how the generator decides which politicians are ‘p***ks’ include whether or not they have ‘voted against free school meals’ and if they have ‘promoted equality and human rights’.

Other examples include if they have ‘voted against more restrictive regulation of trade union activity’, ‘voted against the proper funding of public services’, and taken ‘robust action to tackle avoidance and evasion’.

Boris Johnson was given a red thumbs down and designated ‘a p***k’ for his record – which includes ‘voting against laws to promote equality and human rights, voting ‘against directly funding free school meals over the school holidays during the coronavirus pandemic’ and voting ‘against paying higher benefits over longer periods for those not able to work due to illness or disability’. 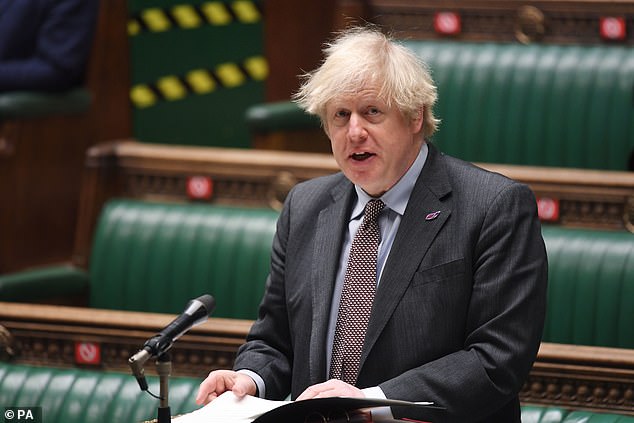 Labour leader Sir Keir Starmer and Independent MP Jeremy Corbyn have been given a green thumbs up after voting for laws to promote equality and human rights, directly funding free school meals over the school holidays during the coronavirus pandemic and voting against more restrictive regulation of trade union activity.

Sir Ed Davey, leader of the Lib Dems, has been down-voted after he voted against paying higher benefits over longer periods for those not able to work due to illness or disability.

SNP leader in Westminster Ian Blackford was up-voted on the website, while even SNP MP Margaret Ferrier – who made headlines after flouting Covid-19 rules – was given all thumbs ups for her past voting history.

She voted for removing hereditary peers from the House of Lords and for paying higher benefits over longer periods for those not able to work due to illness or disability. 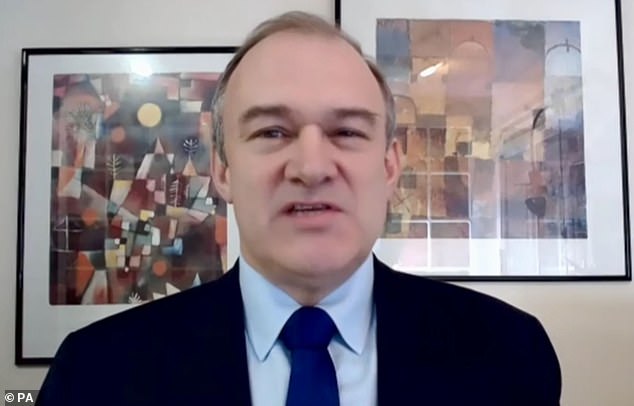 Sir Ed Davey, leader of the Lib Dems, has been down-voted despite voting for laws to promote equality and human rights 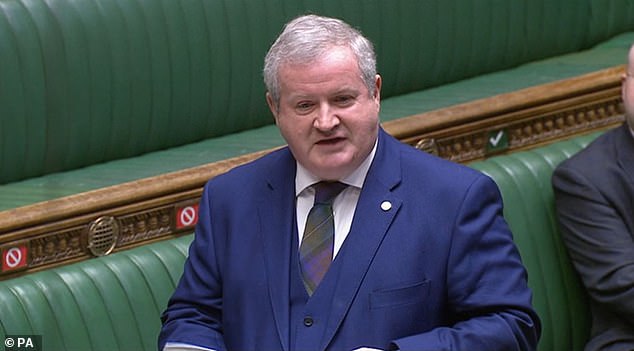 And Green MP Caroline Lucas was up-voted for having previously voted in favour of introducing a ‘banker’s bonus tax’.

The website awards MPs with red down thumbs and green up thumbs after combining ‘factual information from TheyWorkForYou.com with common-sense morality’, according to a blurb on the page.

TheyWorkForYou.com is a website which allows the public to easily track the voting history of MPs from all political parties across the country.

It was set up at the weekend by a man known only as Dave after he listened to the PM ‘waffle’ on TV.

‘I only put the site up a few days ago. I wasn’t expecting it to be as popular as it has been to be honest,’ he said.

‘There have been at least 250,000 unique sessions – a session is registered each time someone uses the site – since Sunday evening.

‘The idea for the site came to me while I was listening to Boris Johnson waffle on TV.

‘Over the last few years as people became increasingly divided over politics because of Brexit, it seemed clear to me that many people were voting for politicians without really understanding the kinds of policies that they represent. 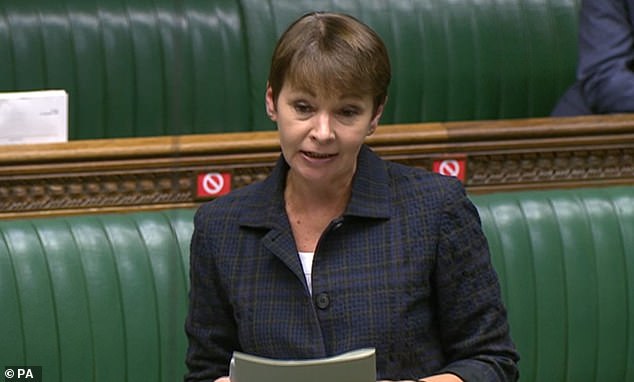 ‘The aim of the site is to highlight the kinds of policies those politicians represent in an attention grabbing manner.’

Social media users have praised the ‘great’ website after links to it appeared on Twitter this week.

Ollie Caveney from the West Midlands said: ‘The ‘is my MP a p***k’ website is truly brilliant, I have since discovered that my MP is more than just that… she’s just downright a monster who hates the climate, Scotland, Wales, kids, but loves people getting off Scot free without paying tax.’

Lyn Matthews in Liverpool said: ‘I am pleased to say it is officially recognised that my MP Peter Dowd is not a p***k. I knew that anyway, because he is a boss MP!’

And Nick Ludlam from Wales said: ‘ This is a great little website, nice to know my MP is not a p***k and has been voting in the manor [sic] I’d expect (ie. with common sense).’