For law enforcement a couple of public gangland shootings is like an early morning dip in the sea – initially a bit of a shock but ultimately quite invigorating.

That is why these shootings are invariably stupid and bad for business.

Good crooks fly under the radar, making money and living lavish lifestyles. For them taking a shot involves a small glass filled with imported liquor at a groovy nightclub. Bad crooks shoot each other and end up dead or in jail.

Smart crooks who think they may be at risk of being shot by rivals make themselves small targets. Dumb ones post inflammatory comments on Instagram.

After the drive-by shooting in a Fawkner funeral convoy of Sam “The Punisher” Abdulrahim, police announced the formation of the tough-looking (and sounding) Viper taskforce to saturate outlaw bikie events and stop further public shootings.

With the look of the modern cop, it will be a toss-up who has more tatts, the good guys or the bad ones.

But there is another police initiative – forced on them, it must be said – that threatens the justice system of Victoria, and it has not made the headlines. Not yet at any rate.

But it will many, many times as trials are delayed, charges dropped and cases collapse with defence and prosecution teams drowning in a tsunami of paperwork.

If there is a perfect example of the law of unintended consequences, this is it.

After a series of self-inflicted injuries, the judgement of police and their commitment to a fair legal system is being questioned.

Jason Roberts, who in 2002 was convicted of the 1998 murders of police officers Sergeant Gary Silk and Senior Constable Rod Miller, won a retrial after it was discovered police failed to disclose alterations to statements and was ultimately acquitted.

And dozens of convictions are now being questioned because disgraced criminal barrister Nicola Gobbo was a police informer – a fact deliberately withheld from defence teams.

The Gobbo case led to a two-year Royal Commission and in late 2020 it released a 1000-page final report with a series of recommendations.

Some of those, now coming into practice, are ticking time bombs about to explode.

If we drop the legal jargon, Royal Commissioner Justice Margaret McMurdo found police failed to play fair and disclose all relevant facts to the defence. The commission said as we no longer trust you to play by the rules, it will be up to others to decide what material ends up with the court.

This means police now have to provide the Director of Public Prosecutions with “all material obtained during an investigation that may be relevant to the prosecution or the defence”.

Police will need to provide a “disclosure certificate” to the court that contains all relevant material and also provide reports on the credibility of prosecution witnesses.

The thing is, police will no longer make decisions on what is relevant, meaning all material will be included.

In the 1993 case of serial killer Paul Charles Denyer, who murdered three women in Frankston, the Brief of Evidence was two volumes. From arrest to sentencing, Denyer’s case took 141 days. Now an open-and-shut case where the offender confesses results in a brief of 20 volumes and takes about four years to get to court. 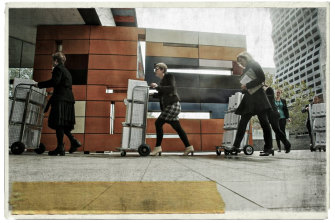 The volume of evidence before court in criminal cases is set to explode.Credit:Ken Irwin

Internal police projections suggest that with the new disclosure rules, a Denyer-type brief will be at least 60 volumes. (Winston Churchill’s A History of the English-Speaking Peoples runs to four volumes and the Encyclopaedia Britannica to 32.)

Under Operation Reset, police are restructuring to accommodate the new rules.

Each investigation team will have to collate everything from the body-worn camera recordings of the first police on the scene through to video of door knocks, CCTV, notes from the first detectives, and every piece of paper generated by the Homicide Squad.

Under the Gobbo commission’s recommendation, police will need to investigate “material relevant to the credibility of a prosecution witness”.

This means any police officer used as a witness may have their professional standards file examined to make sure they have never grounded their sand iron in a bunker, double-dipped at a fondue party or left the pub before their shout (a heinous crime in police circles).

What about the victim – who is usually the star prosecution witness? Any previous indiscretions will now be in the material sent to court.

What about civilian witnesses? Routinely police ignore minor embarrassments for the bigger picture.

Once a man looking out of the bedroom window of a lady’s flat saw a killer fleeing a park after shooting a gangster. He made a statement that didn’t mention that the woman whose intimate company he was sharing was someone other than his wife. Now that will be included. Would the man be prepared to give evidence on that basis? 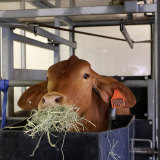 The Office of Public Prosecutions is neither equipped nor prepared to analyse terabytes of data, which means all the material will be dumped on the court and given to defence and prosecution lawyers.

Instead of being served a steak, they will be given the whole cow, a blunt knife and told to carve away.

There are more than 140 homicide cases listed for trial, with delays of up to four years. That could well blow out to six years while both sides go through the material line by line.

Victims will have to wait up to six years for their day in court and for the accused, refused bail on homicide, how do they get their life back after all that time?

Then there is the backlog on examining seized mobile phones. Police have specialist Digital Forensic Officers to deal with seized phones and computers, but their workload has exploded, with it taking years to rescue the material in some cases. This is resulting in acquittals when the defence argues there may be uncovered text messages that could clear the accused.

“Without adequate resourcing these new laws have the potential to handcuff police, slow prosecutions and ultimately delay justice. This is unfair on all parties. Tens of thousands of police hours will now be dedicated to this. Something has to give.”

A small case, prepared by a junior police officer for a magistrate’s hearing, may run to 30 pages. It will now include four extra volumes of disclosure material that have to be checked by a sergeant. More police will spend more time behind a desk than behind the wheel of a divisional van.

It is part of a bigger problem in the criminal justice system, clogged by a stubborn obsession with keeping the traditional while grafting on new and costly statutory obligations that make the process more complex. As former Supreme Court judge Paul Coghlan said, “if it [the system] hasn’t already sunk, it is sinking”.

Every business and every profession have made major savings by embracing technology. Yet in court it is much the same as it has always been. Witnesses are examined and cross-examined in minute detail, often on issues that don’t seem to matter at all.

Businesses are rewarded for efficiencies, with bonuses offered for coming in under budget and inside a deadline. In the law it is the opposite. Barristers are paid by the day and so the longer the case, the bigger the cheque.

One barrister who appeared at the two-year-long Gobbo Royal Commission joked that at the beginning he had to cancel a fishing trip to a sub-tropical island. By the end he could buy it.

The Jason Roberts retrial heard from 91 witnesses. Experts were grilled on how they determined that the rear windscreen glass shards found at the crime scene originated from a Hyundai Excel. Fascinating stuff, except both sides had already accepted that the Excel was the car pulled over by Silk and Miller.

The longer the case, the more difficult it is for a jury to sift through the mass of testimony. A juror is paid $40 a day for the first six days and $80 a day after that. A senior counsel is paid up to $6000 a day.

We have inherited the British system of justice but have refused to accept its reforms.

Ten years ago, a UK parliamentary White Paper found it was necessary “to ensure that where cases are contested, the issues in dispute are identified earlier and only those witnesses whose evidence is to be challenged are required to attend”.

Complexity does not equal clarity.

As Coghlan says, court delays stop early guilty pleas. “Why would you plead guilty? Anything could happen. Witnesses could die, or the world could end.”

We need a one-off fire sale offering drastic sentence reductions for entering an early guilty plea and ruthless pretrial hearings to discard non-core evidence before a jury is selected.

The defence is entitled to have access to all relevant material, but we have to redefine what is relevant. Let juries judge the important and not be bogged down with the trivial.

If we don’t change course, the system will surely collapse.