‘A major success in the fight against terror’: Macron hails French troops ‘neutralising’ ISIS’s leader in north Africa who had $5m bounty on his head for killing US troops 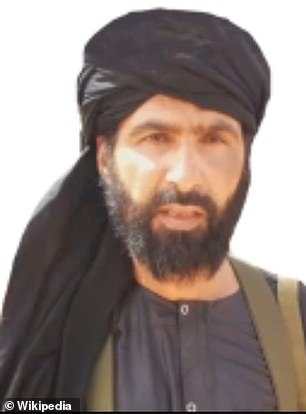 A notorious ISIS leader with a $5million dollar price tag on his head for killing American special forces soldiers has been assassinated by the French military in West Africa, it was announced today.

Four Nigerien troops were also killed in the attack, and two American soldiers and eight Nigerien soldiers were severely wounded.

‘This is another major success in our fight against terrorist groups in the Sahel,’ said Mr Macron, referring to a vast area of mainly desert land in Africa where groups such as ISIS and Al-Qaeda operate. 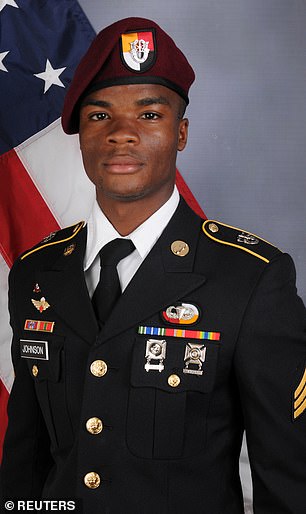 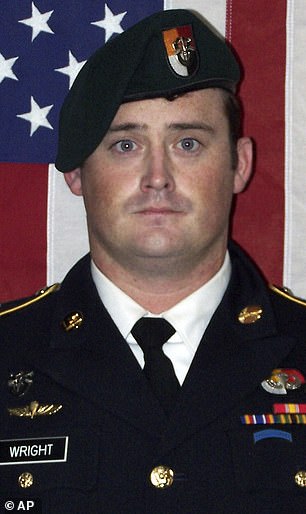 Army Sgt La David Johnson, 25 (left) and Staff Sgt Dustin Wright, 29 (right) were two of the four soldiers killed in ambush in Niger in October 2017. The Islamic State claimed responsibility for the deaths in January 2018

There was no initial information as to what was used to kill Al-Sahraoui, or where or when the attack happened, but an Élysée Palace spokesman said the ISIS leader ‘was definitely dead’.

In August, Mr Macron said he would be pulling many of his troops out of the Sahel – which covers numerous African countries including Niger and Mali – following anti-terrorist operations codenamed Serval and Barkhane that were leading to mounting French losses.

But the President said special forces supported by airpower including armed drones would continue the hunt for lead terrorists.

Mr Macon wrote in his Al-Sahraoui tweet today: ‘The nation is thinking this evening of all its heroes who died for France in the Sahel, in the Serval and Barkhane operations, of the bereaved families, of all of its wounded. 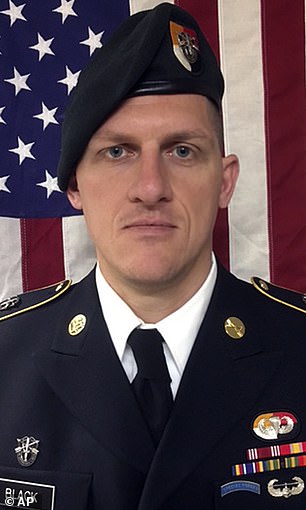 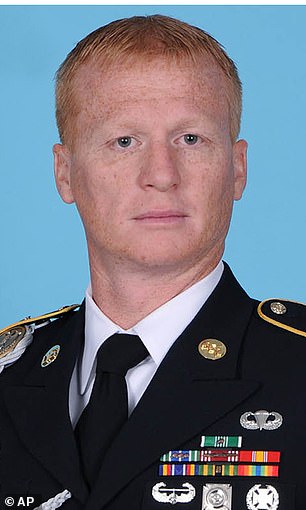 ‘Their sacrifice is not in vain. With our African, European and American partners, we will continue this fight.’

In October 2019, The U.S. State Department offered ‘up to $5million’ for any information leading to the capture or killing of Al-Sahraoui.

Morocco-born Al-Sahraoui claimed responsibility for the ambush in January 2018, as he built up his reputation within ISIS.

All were murdered by a team of ISIS gunman on motorbikes as after they set off on a visit to the Kouré Giraffe Reserve, in Niger. 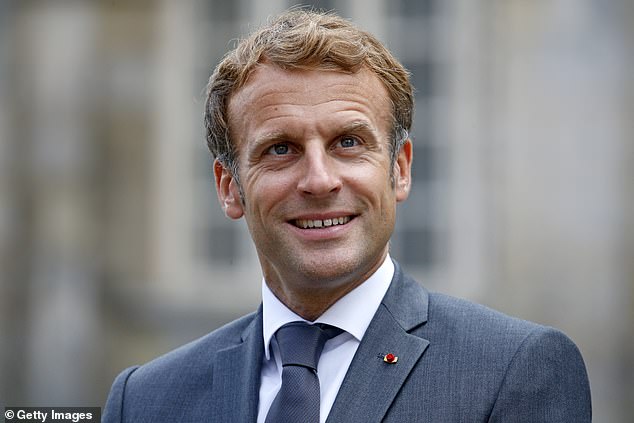 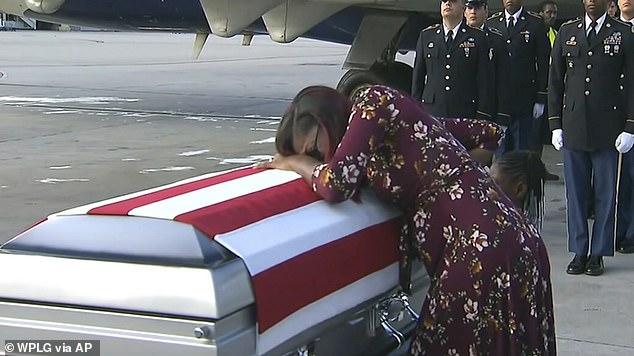 Al-Sahrawi started his adult life fighting a guerrilla war against Moroccan forces in the western Sahara, before joining various jihadi groups that merged with ISIS in 2015.

He was said to have been lightly wounded in a fire fight with Al-Qaeda loyalists a year later, but continued to lead operations, mainly against government forces seen as being pro-west.

Al-Sahrawi, who was married, came close to being killed by the French in February 2018, close to Méneka, in Mali, but ‘escaped on foot in the middle of the night with some of his men,’ according to intelligence sources in Paris.

Mr Macron’s downscaling of anti-terrorist operations in Africa led to accusations that he was abandoning a crucial war, just as the USA did the same in Afghanistan.

But the killing of Al- Sahraoui will be viewed as a major success for French forces as they pursue a new strategy in strategically vital part of the world.