London: Coleen Rooney, the wife of former England football captain Wayne, on Friday defeated Rebekah Vardy, the spouse of one of his ex-teammates, in their high-profile libel battle. 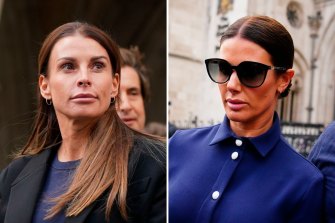 The judge, Justice Karen Steyn, said in her ruling that Rooney had successfully proved her allegation was substantially true.