Maria Azevedo has high hopes for a busy summer in Rye to help overcome the financial pain inflicted on the seaside town by the coronavirus pandemic.

The Mornington Peninsula Shire has banned camping on the Rye foreshore until February. But Ms Azevedo, who owns the Vulcano Gelato shop, still expects the summer hordes to descend within days if the state government lifts travel restrictions as expected from midnight on Sunday. 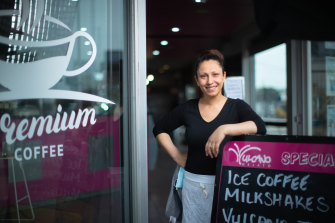 “It’s going to go crazy,” she said. “The peninsula is going to be really popular this year.”

Each year, her shop generates up to 70 per cent of its sales from the Christmas break through to the last week of January. Holidaymakers from Melbourne make up a large proportion of those customers.

Ms Azevedo said some businesses were furious about the decision to postpone camping at three Mornington Peninsula foreshore sites. But she believed current bans on international and interstate travel would encourage people to holiday locally.

“The travel restrictions may still bring loads of people in. It will carry us through to February.” 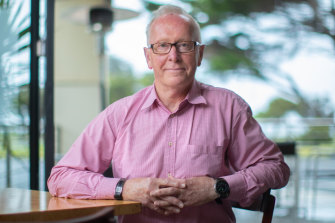 While business owners are hoping for a lively summer, many Mornington Peninsula residents are wary.

Blairgowrie resident Jade Neylan said she was looking to summer with “some trepidation”.

“I think it’s going to be extra busy,” she said.

Ms Neylan, who runs a jewellery business, said visitors to the peninsula would provide a welcome boost for the local economy.

But she stressed Melburnians needed to follow social-distancing rules closely rather than letting their guards down during their break.

“We just don’t want to have a third wave. We want to be doing everything the right way,” she said. “What I saw on the news [crowds without masks] at St Kilda beach – that was frightening.”

“I get worried when I see hordes of people on St Kilda beach and them [possibly] tramping that down to Rosebud,” he said.

Mr Mumby said he understood that businesses badly needed the visitors to return but he insisted the needs of elderly and people vulnerable to the virus also needed to be considered. 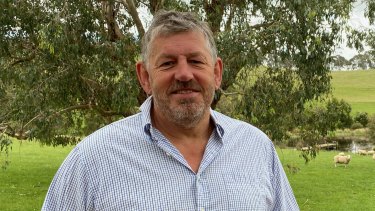 “I would be quite happy for people to come down here as long as they act responsibly and follow the rules,” he said.

While camping has been postponed at the Mornington Peninsula Shire’s three foreshore camping grounds, other sites are expected to open in December.

Mr Mumby, whose wife is immuno-compromised, said foreshore areas should be “policed fairly aggressively” to ensure holidaymakers were social distancing.

“Unfortunately, there’s a proportion that can’t be bothered following the rules.” 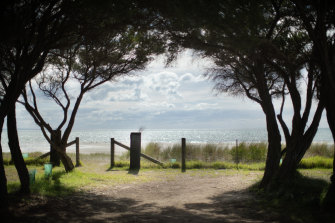 New data from Tourism Research Australia showed that $8.2 billion was lost from Victoria’s domestic tourism sector from January to August this year, compared with the same period in 2019. In the year to August, Victoria suffered a 91 per cent drop in domestic visitors.

The board’s chair, Tracey Cooper, said the cancellation of camping was a blow to local businesses but it would drive some visitors into Airbnb accommodation.

She said the industry was nervously waiting Sunday's announcement from the state government about the relaxation of rules after a week of zero new coronavirus cases.

Ms Cooper said it was essential tourism operators were told about density quotas in holiday accommodation and rules on visitors.

“The most important thing is an understanding of what COVID normal rules will be in place if we’re allowed to open up in December,” she said.

“Otherwise, we’re heading down the track for a third wave,” he said.

Shoreham Community Association president Alan Fisher said he was keen for the travel restrictions to be removed.

"People who are residents down here have not been able to get up to Melbourne to see family and friends," he said. "That's been a bit of a strain for the past six months."

The nearby town of Flinders, which normally attracts many daytrippers, had been especially quiet. "It wasn't particularly invigorating to be there but we still went and had a takeaway coffee."

"The Shoreham residents certainly like people to be occupying the houses. They need to be lived in and looked after and their lawns mowed."